A shortage of teachers and a ‘bulge’ in pupil numbers could see even more children missing out on their first choice secondary school, a think-tank is warning.

Today primary pupils will find out which secondary they will attend in September.

Last year nearly 115,500 – almost 20 per cent of year six children – missed out on their first choice on National Offer Day.

And despite Government efforts to boost pupil places, a lack of teachers could exacerbate the problem of over-subscribed schools. 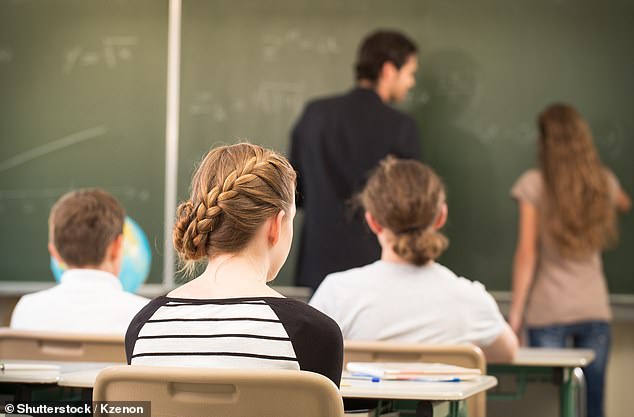 A shortage of teachers and a ‘bulge’ in pupil numbers could see even more children missing out on their first choice secondary school, a think-tank is warning (file photo)

The overall percentage of children getting an offer from their first preference secondary in England has been in slow decline since 2013/14.

Today, an Education Policy Institute think-tank report warns that teaching numbers have fallen by 7 per cent, despite pupil numbers being projected to soar.

It also says one in five new teachers are leaving after their first two years, while four in ten leave after five years. The losses are more severe in key subjects such as maths, sciences and languages, where as many as half quit after five years.

Last year there were 604,500 applications to secondary schools.

Report author Luke Sibieta said: ‘A pupil population bulge is now hitting secondary schools, with numbers expected to rise by as much as 10 per cent by 2023.

‘This could make teacher shortages more severe, and may also create wider capacity issues in the system, meaning parents could find it more difficult to secure their preferred school.’

The EPI is calling for a range of measures to stem the problem, including doubling the payments for teaching in ‘challenging areas’ to £2,000 per year to help schools retain their teachers. School standards minister Nick Gibb said: ‘Last year more than nine in ten pupils received a place at one of their top three preferences of secondary school, with the majority offered their top preference. 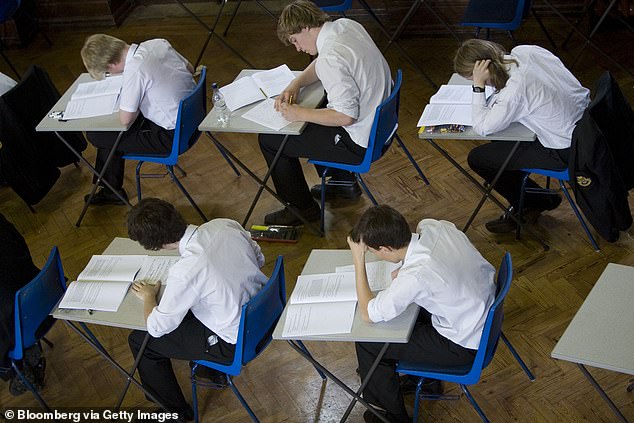 ‘Delivering good school places is a priority for this Government and we are on track to create one million between 2010 and 2020… and we use councils’ own population forecasts to make sure these places are provided where they are needed.’

Geoff Barton, of the Association of School and College Leaders, said: ‘While the majority of families will be receiving the good news that they have been offered their first choice for a secondary school place, some will be disappointed.

‘Last year, the number of families denied their first preference increased, and it may do so again this year…

‘There are generally enough school places, although there may be particular pressures in some areas.

‘The main issue, however, is caused by the fact that many families apply for oversubscribed popular schools and, as pupil numbers continue to increase in the secondary phase over the next few years, this will intensify.

‘The situation is particularly iniquitous for disadvantaged families who do not have the spending power to buy or rent houses in the catchment area of these schools.’