Mother, 36, who loses two of her IVF triplets just days apart after she contracted a virus while she was pregnant

A mother has lost two of her IVF triplets just days apart after she contracted cytomegalovirus while she was pregnant.

Vicci Dunne, 36, from Widnes, Cheshire, found out she was expecting two girls and a boy with her husband Paul after going to Cyprus for IVF treatment before the pandemic hit.

The mother, who works in recruitment, was told at her various scans that daughters, who she named Heidi and Harriet, weren’t growing and to ‘prepare for the worst’. 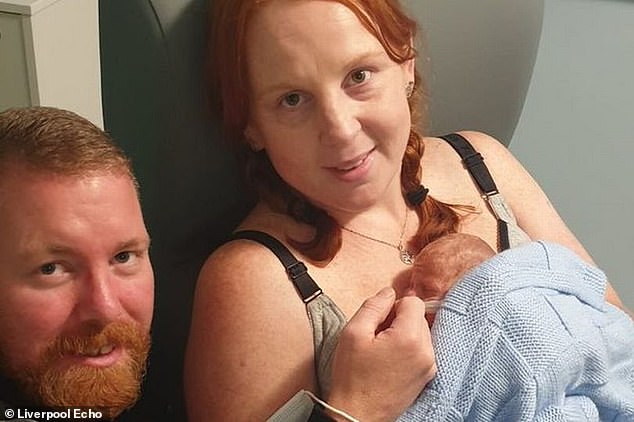 Vicci Dunne, 36, from Widnes, Cheshire has lost two of her IVF triplets just days apart after they contracted cytomegalovirus (pictured with her husband Paul and son George)

A post mortem revealed that Harriet and Heidi had contracted cytomegalovirus (CVM) in the womb.

This is a common virus that is usually harmless but can be fatal for those with weakened immune systems or newborn babies.

By nearly 28 weeks doctors were concerned about ‘fetal demise’ – the death of a baby in the womb and Vicci gave birth by C-section.

She had Harriet, 1lb 6oz, George, 2lb 9oz and Heidi, 1lb 4oz, and the babies were rushed away for specialist care while Vicci underwent surgery after haemorrhaging.

Vicci gave birth to Harriet, 1lb 6oz, George, 2lb 9oz and Heidi, 1lb 4oz, via C-Section at nearly 28 weeks and the babies were rushed away for specialist care

When she woke she was taken into a room to see a team resuscitating Heidi, but she had fluid in her heart and a bleed on the brain and wasn’t going to make it.

Vicci said: ‘I hadn’t even seen her yet and there she was being resuscitated – it was completely surreal.

‘It was all about memory-making then. We got them all together and took pictures and then we were in a separate room where we held her and waited for her to pass away.

Vicci’s heartache continued when Harriet was found to have an infection and began deteriorating.

She said: ‘Harriet’s lungs weren’t working properly and when she had a blood transfusion all her numbers just dropped.’

George spent his first three months in hospital, and now nine months he is doing well at home with his older brother Alfie, four. 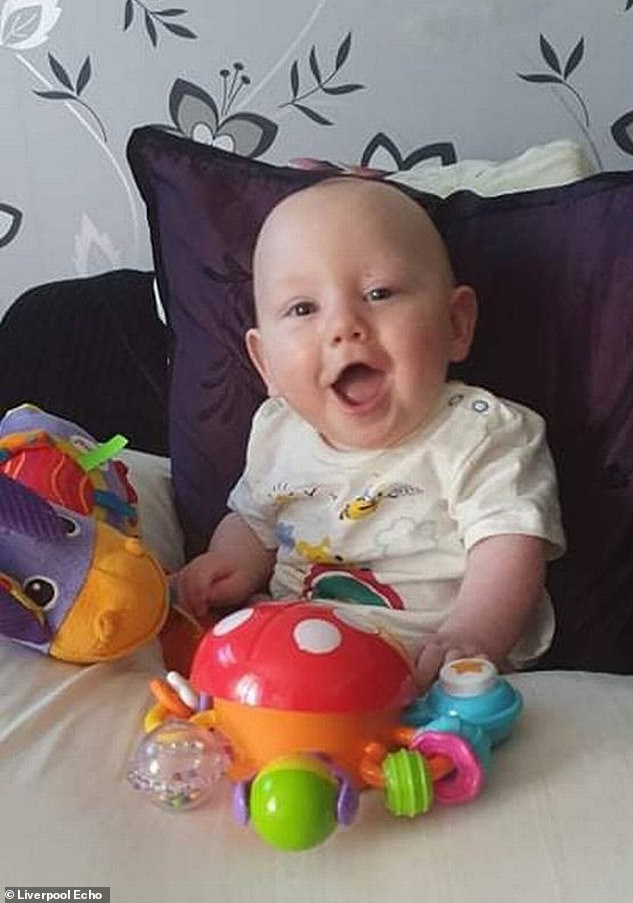 Vicci found out she was having two girls and George (pictured) after going to Cyprus for IVF treatment before the pandemic hit. He was the only one who survived

Wirral Wings – a charity that helps people who have experienced the loss of a child – stepped in and helped Vicci with her loss.

Vicci said: ‘A friend had been in touch with them and they sent this beautiful hamper to the hospital – it was so lovely and everything related so much to what we were going through.

‘I asked them if they could make dresses for Harriet and Heidi for the funeral from my wedding dress and I was amazed at the talent.

‘I dressed the girls with the help of the funeral home and we had butterflies and rainbows on their coffins.’ 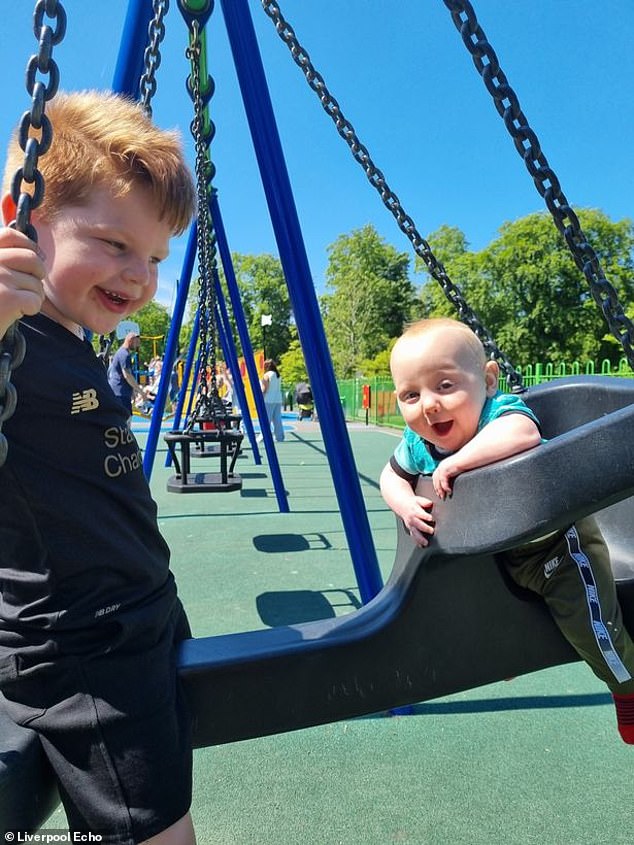 George spent his first three months in hospital, and now nine months he is doing well at home with his older brother Alfie, four (pictured together)

Vicci now helps Wirral Wings by talking to others who have lost their children and said it was important to keep talking after such heartache.

She said: ‘Wirral Wings give people the freedom to grieve by allowing you to share your loss and celebrate your children.

‘You just have to talk – that’s all. Forget about making people feel uncomfortable, talk about it, it helps, share your baby’s life.

‘And try and allow yourself to enjoy moments without feeling guilty, you cannot let it consume you.’

What is Cytomegalovirus? The harmless virus that can be deadly for babies

Cytomegalovirus (CMV) is a common virus that is usually harmless.

Sometimes it causes problems in babies if you get it during pregnancy.

CMV is related to the herpes virus that causes cold sores and chickenpox.

Once you have the virus, it stays in your body for the rest of your life.

Your immune system usually controls the virus and most people do not realise they have it.

But CMV can cause serious health problems in some babies who get the virus before birth.

It also causes problems in people who have a weakened immune system.

CMV does not usually cause symptoms, but some may get flu-like symptoms the first time they get CMV, including a high temperature or aching muscles.

It is mainly spread through close contact with someone who already has CMV.

Pregnant women can pass an ‘active’ CMV infection on to their unborn baby.

Related posts:
June 21, 2021 World News Comments Off on Mother, 36, loses two IVF triplets after she contracted virus
Celebrity News:
It Was Love at First Sight When Track Athletes Tara Davis and Hunter Woodhall Met at Age 16
Scooter Braun Officially Files For Divorce From Yael Cohen – & Already Has A Prenup In Place!
OMG! Prince William Is Also Writing a Book After Harry's Memoir News
Courteney Cox: My cooking is a lot better than the restaurants I used to go to
Are Shailene Woodley And Aaron Rodgers Planning Their Wedding?
Recent Posts