Music school must pay ex-pupil £45,000 damages after she was sexually abused at 16 by violin teacher who was cleared in criminal trial

A renowned music school has been ordered to pay £45,000 in damages to an ex-pupil after a High Court judge found it was ‘vicariously liable’ for the sexual abuse she suffered at the hands of her violin teacher.

The court found Chetham’s School of Music had ‘facilitated’ the abuse by violin teacher Wen Zhou Li, who was cleared of raping a former pupil in 2016 following a three-year legal battle.

The Chinese-born musician, who denies the allegations, was accused of raping and indecently assaulting the teenage girl in the late 1990s.

However, the case was dropped after prosecutors offered no evidence. 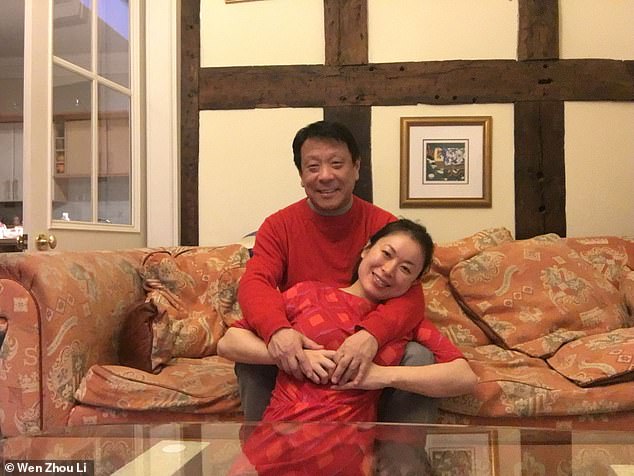 A court found Chetham’s School of Music had ‘facilitated’ the abuse by violin teacher Wen Zhou Li (above with his wife Lili), who was cleared of raping a former pupil in 2016 following a three-year legal battle

The ex-pupil who accused Wen Zhou Li of rape and assault is not the only former student at Chetham’s School of Music to allege abuse.

Frances Andrade was abused by former choirmaster Michael Brewer and his ex-wife when she was 14 and 15 while at the school in Manchester.

She committed suicide days after she testified against her ‘predatory’ former choirmaster, and an investigation into her death found this ‘could and should’ have been prevented. 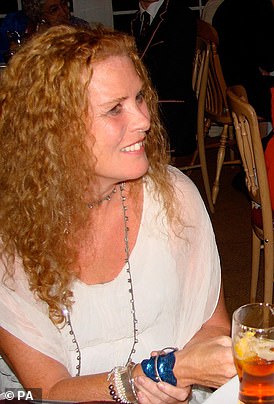 Ms Andrade, 48, was left ‘utterly traumatised’ after giving evidence against Brewer and his ex-wife, and killed herself before they were convicted of a string of indecent assaults.

Brewer, who was later stripped of his OBE, used his position to abuse Ms Andrade when she was 14 and 15 while at the prestigious Chetham’s School of Music in Manchester.

Giving evidence Mrs Andrade told the jury: ‘This feels like rape all over again’ and complained her abuser had ‘smirked’ at her across the room as she exposed him as a paedophile.

A week later the virtuoso musician then killed herself at home in Guildford, Surrey,

A serious case review said in 2014 that Ms Andrade was ‘let down’ by mental health services who failed to realise how vulnerable she was as she fought to bring Brewer to justice.

The victim, known by the pseudonym ‘Abigail’, later brought a civil claim against the school in Manchester.

Following a four-day hearing in March, Mr Justice Fordham found the assaults took place and that CSM ‘created or significantly enhanced’ the risk she would be abused.

In a ruling on Wednesday, he said: ‘I am satisfied that Abigail has discharged the burden of proving to the civil standard that the key events which she alleges, and which CSM denies based on Mr Li’s denials, did take place.’

The civil standard requires a court to find it was more likely that an allegation is true as opposed to the criminal standard which requires a jury to be sure, also known as beyond reasonable doubt.

The court heard that Mr Li began kissing Abigail during their violin lessons in one of the school’s practice rooms.

In one incident around her 16th birthday, she told the court Mr Li sexually assaulted her in his car before he raped her in his flat.

The court was told that she woke in the night ‘to find Mr Li on top of her in her bed’.

Mr Justice Fordham found Mr Li had misused his position at CSM, adding: ‘The employment relationship at CSM caused Mr Li to have access to Abigail at CSM as her one-to-one instrumental tutor and on a day-to-day basis.

‘The circumstances of that access to Abigail facilitated the sexual assaults which occurred.

‘The employment relationship at CSM gave Mr Li an opportunity, one which was incidental to his functions as a violin teacher, to abuse his power.’

Mr Justice Fordham concluded Mr Li had groomed and ‘manipulated Abigail into a position of submission’ over the course of the repeated assaults.

During the hearing, Mr Li claimed Abigail had been ‘just another student’.

However, this was rejected by the judge who said he had ‘deliberately and revealingly downplayed how he treated Abigail’.

The court heard that three other women made allegations of sexual assault against Mr Li, which he denied, including one who alleged he had touched her intimately when she was around 12 years old.

The boarding school had required overseas pupils to have a UK-based guardian, which could be one of their teacher.

It was said it closed to overseas students for some weekends and at half-term.

The judge said CSM’s policies ‘necessitated’ Abigail to spend half-term and some weekends with Mr Li.

He continued: ‘Mr Li exploited the opportunities presented by being Abigail’s teacher and by being her guardian.

‘He initiated and controlled what happened physically and sexually and its escalation. 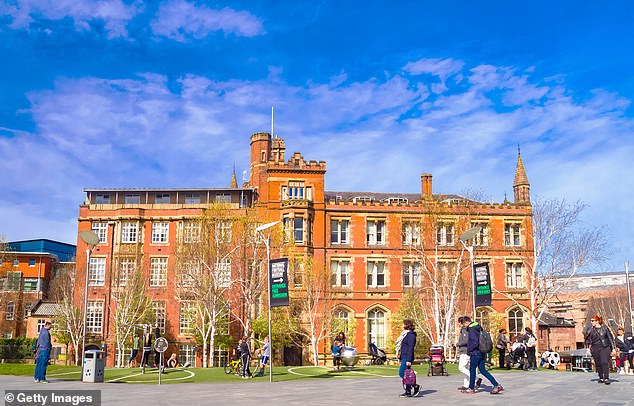 A view of the Chetham’s School of Music, an independent co-educational boarding specialist music school in Manchester

‘He exploited Abigail’s submission to his actions and is affronted by what he sees as her failure to give a ‘signal’ of a lack of consent.’ 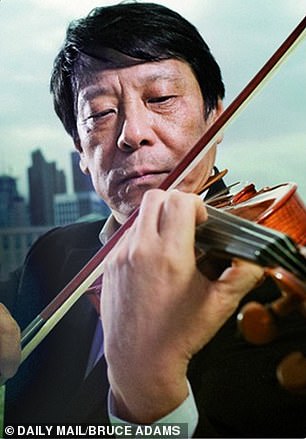 The Chinese-born musician, who denies the allegations, was accused of raping and indecently assaulting the teenage girl in the late 1990s

Mr Justice Fordham found there was a ‘strong causative link’ between Mr Li’s employment by CSM and his sexual assaults.

The judge said: ‘The employment relationship between CSM and Mr Li caused Mr Li to have access to Abigail, in circumstances where sexual abuse was facilitated.

‘The risk that Abigail would suffer the sexual abuse, which CSM through the employment relationship with Mr Li created or significantly enhanced, was a function of both close proximity and a position of trust.

‘The employment relationship between CSM and Mr Li facilitated the commission of the sexual abuse of Abigail by Mr Li, by placing Mr Li in a position where he enjoyed both physical proximity to Abigail and the influence of authority over her.’

He concluded: ‘In my judgement there is the necessary close connection between the position in which Mr Li was employed by CSM and Mr Li’s sexual assaults on Abigail in his car and flat, while he was acting as host under the guardianship arrangement with Abigail’s parents, to make it right for CSM to be held liable for Mr Li’s conduct.’

Related posts:
May 29, 2021 World News Comments Off on Music school must pay ex-pupil £45,000 damages
Celebrity News:
Princess Charlene will not return to Monaco for her tenth wedding anniversary
'Heroes': The Original Pilot Was 'Too Controversial' to Air
Kim Kardashians Daughter Chicago Gets Caught Trying To Sneak Off With Mommys Designer Bags
Britney Spears wants freedom: What is conservatorship? Why would someone need a conservator?
Snooki Sounds Off on Angelina Pivarnick & Chris Larangeira: Theyre So Messed Up!
Recent Posts