ONE in five men reckon they could beat a chimpanzee in a fight — despite the fact the powerful beasts would soon make a monkey of them.

A similar number of blokes said they could successfully wrestle a lethal king cobra, a survey found. 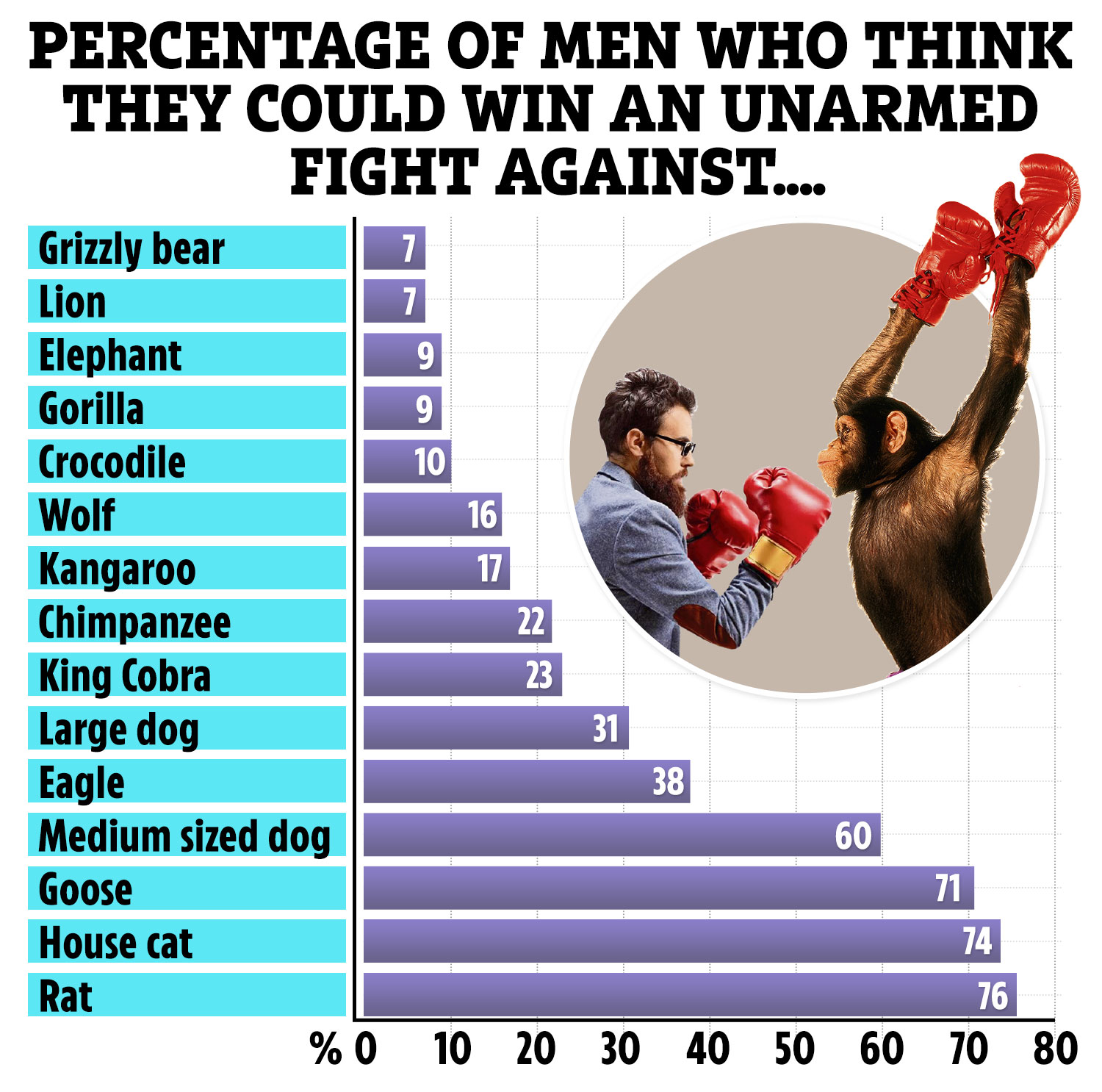 They are also startlingly quick and can be surprisingly aggressive.

Expert Sarah Bell said: “Chimpanzees have been known to tear off people’s faces and leave men with a little less manhood than they had before the encounter.”

And Jan Garen — owner of Wales Ape and Monkey Sanctuary in Powys — added: “A man would stand no chance at all.

"People forget that chimps can bite. And they are very fast.” 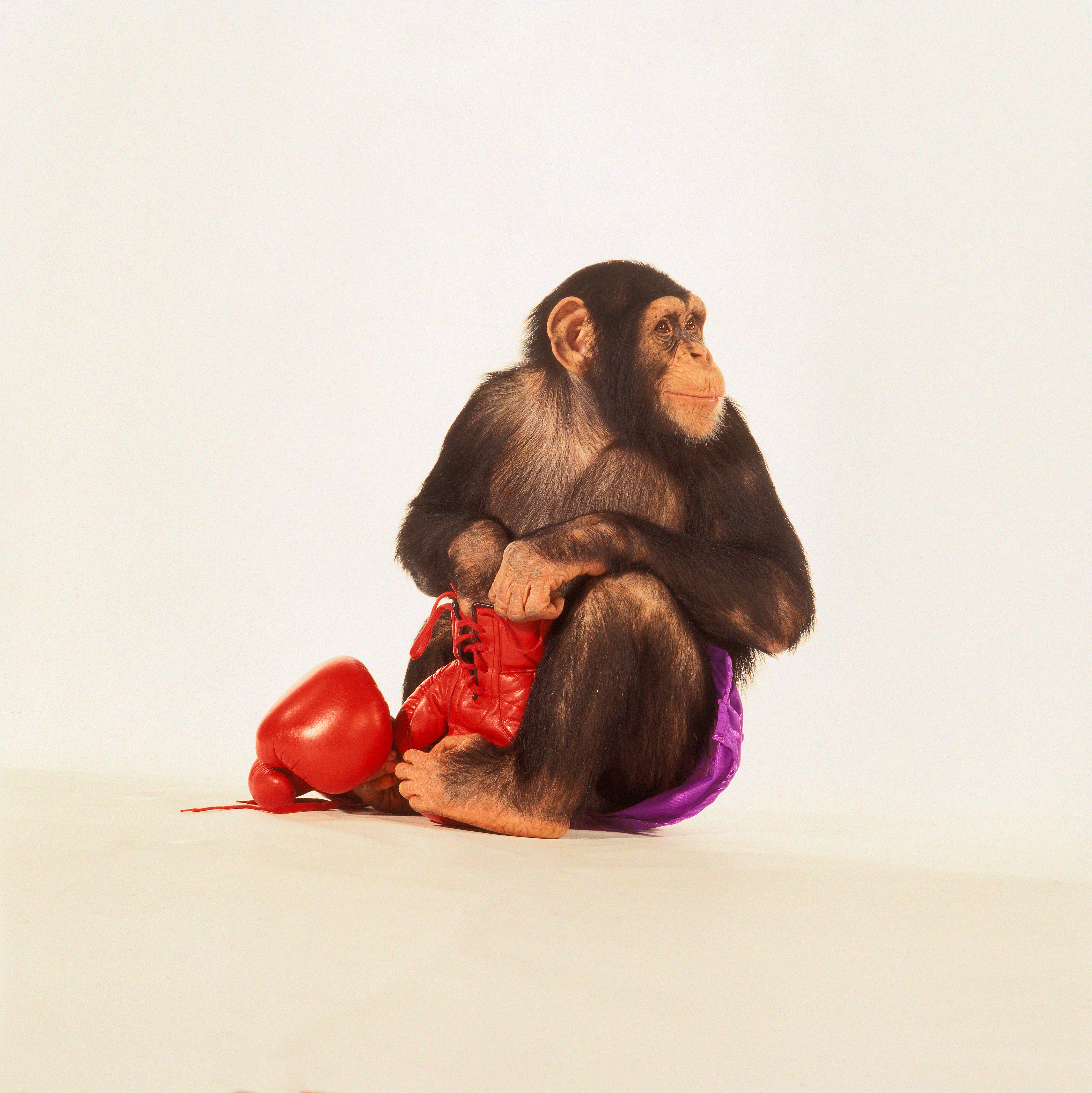 In the YouGov poll, a deluded seven per cent of men and eight per cent of women bragged they could win against a lion in hand-to-paw combat.

Sixty per cent of men fancied their chances against a medium-sized dog compared to 51 per cent of women.

Related posts:
May 17, 2021 World News Comments Off on One in five men reckon they could beat a chimpanzee in a fight even though they stand no chance
Celebrity News:
Emmerdale star Hayley Tamaddon rushes son, one, to hospital amid ‘scary’ condition
NYC Psychiatrist Says 'Psychopathic' Whites Steal Everything, She Fantasizes About Killing Them
Cop Under Investigation After Video Shows Him Kicking Suspect in Head
John Legend Defends Chrissy Teigen, Accuses Michael Costello of ‘Fabricating’ DMs
Why Ant Anstead Left His Belongings Behind After His Divorce From Christina Haack
Recent Posts