The Panorama investigation into government provision of PPE kit for NHS staff has sparked 793 complaints over alleged bias.

The flagship BBC1 current affairs programme featured interviews with a string of medical workers who were also Left-wing activists.

Culture Secretary Oliver Dowden wrote to BBC director general Tony Hall with his concerns about this and another incident, asking the TV chief to ‘uphold the highest standards in relation to integrity and impartiality’. 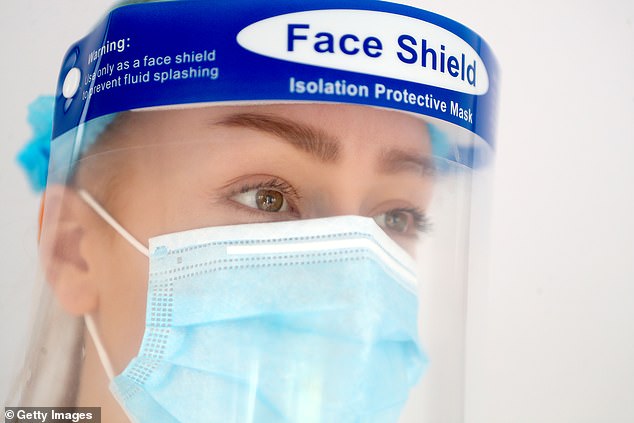 A number of doctors and nurses that Panorama decided to interview were long-time supporters of the Labour Party but the programme was accused of giving the impression that they were neutral healthcare workers.

The programme, titled Has The Government Failed The NHS?, made a series of damaging claims about the Government’s handling of the Covid-19 crisis.

The BBC has previously defended the programme and those it interviewed.

In a statement it said: ‘We don’t consider it is accurate to claim they are all Labour activists, and we don’t believe that their political views would invalidate their direct experiences of risking their lives on the frontline, and their fears that they are inadequately equipped.

‘Their concerns have been reflected by the British Medical Association and the Royal Colleges, as well as the dozens of NHS workers who provided their testimony to the Panorama team in the course of their research.’

The BBC added that the programme had raised ‘legitimate questions’ about the Government’s role in making sure NHS workers were provided with PPE.

The latest complaints update by the BBC also revealed a complaint against The Andrew Marr Show on BBC1 had been upheld. This related to ‘inaccuracy about the Government’s record on early release of prisoners’.