Heartwarming moment patient, 58, who has survived multiple strokes which left him paralysed and unable to talk and swallow leaves hospital after recovering from coronavirus

A man who became paralysed and lost his ability to talk or swallow after two strokes has returned from hospital after recovering from coronavirus.

The 58-year-old had a stroke when he was 24, which paralysed him down his right side, and a more severe one, aged 39, which resulted in him losing the ability to talk and swallow. 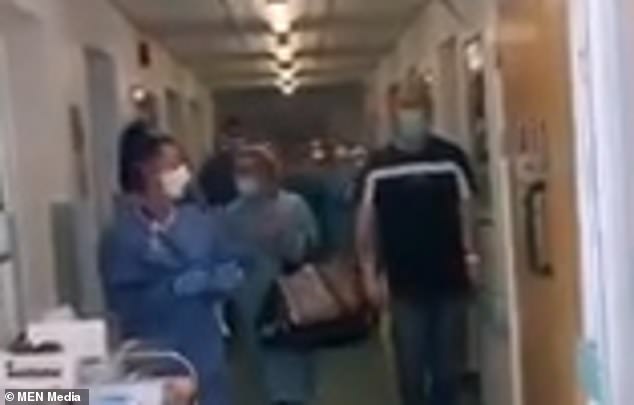 Phillips’s niece, Gaynor Kenna said: ‘He’s prone to pneumonia and he’s in and out of hospital all year with that so we were very worried.

‘When he started showing symptoms three Thursdays ago, we phoned an ambulance. They took him in and swabbed him. Then we had a phone call on Saturday to say he’s tested positive.’

Due to Phillip’s conditions, the family were also informed that he would not be able to use a ventilator.

To complicate matters even further, Phillip had to move from his ward when his PEG tube, which feeds him through his stomach, became infected. 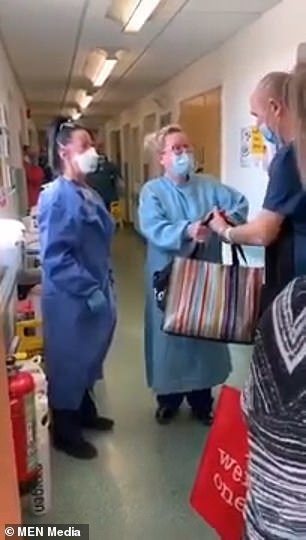 ‘We were also told by one of the consultants that he couldn’t be put onto a ventilator.

‘He’s been really up and down over the past three weeks and it’s only really the last four days that he’s started recovering.

‘We’re a really close family so not being able to be by his side, to help answer questions for him, has been really hard.’

Phillip was discharged from hospital yesterday evening and a video uploaded to social media shows staff cheering as he leaves the ward.

Gaynor said: ‘We’re all so happy and relieved now. ‘I would like to thank all the NHS staff on D4 and C3 who looked after him and all who have supported and listened to me during this horrendous time.’

Related posts:
April 17, 2020 World News Comments Off on Patient, 58, leaves hospital after recovering from coronavirus
Celebrity News:
Thandie Newton Opens Up About Surviving Sexual Assault as a Teenager
Paris Jackson Confesses That She Did Try To Kill Herself In New ‘Unfiltered’ Episode
Kylie Jenner Claps Back After Fans Accuse Her of Snubbing Black Designer
Lucy Mecklenburgh stuns in summer dress as she goes shopping ahead of first date night since welcoming son Roman
Mary Trump's Tell-All Book: President Cheated on SATs, Commented on Niece's Breasts, Abandoned Brother on Deathbed
Recent Posts
This website uses cookies to improve your user experience and to provide you with advertisements that are relevant to your interests. By continuing to browse the site you are agreeing to our use of cookies.Ok