Starving pensioner, 70, who went missing in Thai forest while looking for mangoes is found alive after waiting for six days in a hut praying people would find him

A pensioner has been found alive after being lost in the forest for six days.

Thai villager Inpan Wongkhamnuan, 70, went missing after venturing into the forest near his home in search of his favourite mangoes.

But instead of walking toward the orchard on May 26, he mistakenly followed a trail that led him deeper into the jungle in Lampang, northern Thailand.

Worried relatives sought help from authorities, who swiftly launched a search and rescue operation for the elderly man. 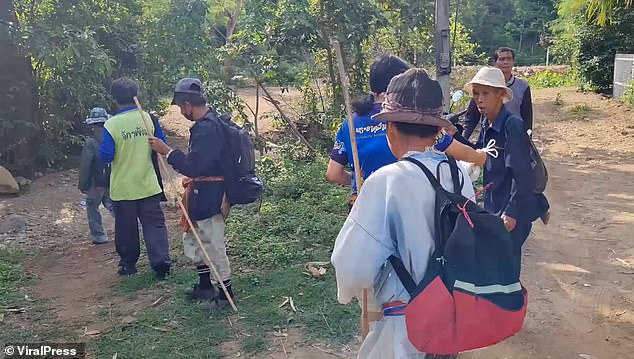 He prayed for someone to come and save him, while 100 people were on the lookout.

Inpan was finally found after nearly a week.

He was starving in a hut around 3 miles (5km) away from his home.

Relieved pensioner Inpan said: ‘I do not have a mobile phone and I could not find the way back.

‘So I just waited and prayed that people would find me.’

The old man’s sister, Sawat Techa, 52, said: ‘My brother told me that he was craving for mangoes so he went to pick them but he did not return that night. 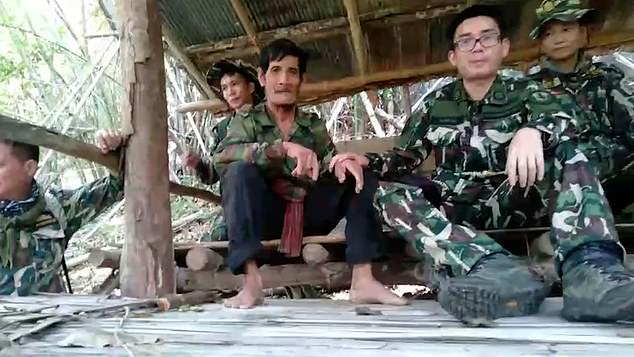 Inpan, 70 (pictured barefoot, centre) was finally found praying in a hut by the band of rescuers 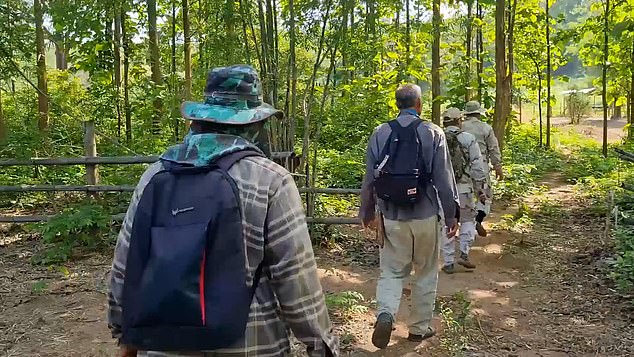 ‘I asked our village chief for help.’

Residents later mentioned a remote cave deep in the forest.

The team went to search around the area but the old man was not found in the cave.

However, he was found not far from it, in a hut.

Volunteers immediately completed medical checks and put Inpan on a stretcher before the team descended the mountain in a two-hour trek.

They then transferred Inpan to a hospital. He was judged to be in stable condition.

Relieved relatives thanked the rescuers for their help.

Rescue leader Bandit Charoen said: ‘There was no supplies of food or water in the jungle so the old man had to survive on what he could forage.

‘A few more days and he would have not had enough energy to carry on.’