A man has been jailed for almost three years for dragging a police officer along a dual carriageway from inside his car.

Marlon Joao, 40, was stopped by PC Joanna Halewood in April for driving the wrong way down the A419 in Wiltshire.

PC Halewood had been on patrol when she saw the headlights from his Vauxall Insignia coming towards her and pulled him over.

However, whilst Joao was initially compliant, he soon said he wanted to leave.

When PC Joanna Halewood treid to stop him, he grabbed her arm and sped off, dragging her a ‘short distance’.

He appeared at Salisbury Crown Court on June 22 where he was jailed for 32 months. 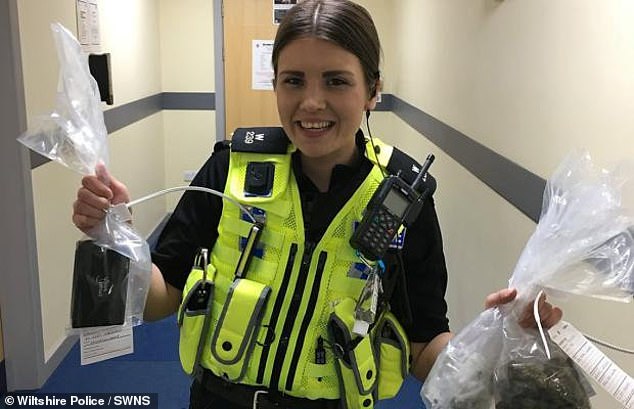 PC Joanna Halewood described her ‘absolute terror’ when she was pulled down the A419, and said she feared for her life

Lawyer Hannah Willcocks QC said PC Halewood was ‘clearly and understandably terrified’ and said the incident had ‘had an enormous impact on her subsequently, both professionally and personally.’

The officer was on patrol just after 12.30am when the incident happened, prosecutor Richard Tutt told the court.

In bodyworn footage shown to the court, Joao – from Eynsham, near Oxford – disobeys PC Halewood’s instructions and gets back into the car, putting the keys into the ignition.

He then grabs her wrist, and speeds off, dragging the police officer and hitting the wheel of the police car.

PC Halewood suffered a small fracture to her left foot, which had become caught in the car, Mr Tutt told the court.

She also had injuries to her thumb and is now questioning her future in frontline policing.

‘In that moment, I was very sure I was going to be killed,’ she said in a victim personal statement read to the court by the prosecutor. 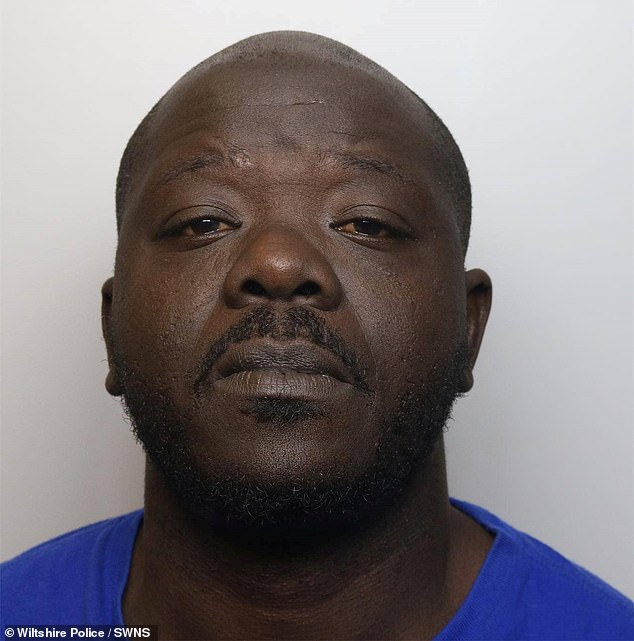 Marlon Joao, 40, apologised for his actions, admitting they had a ‘devastating impact’ His lawyer said he was ‘not somebody who has no regard for the law’, but added he ‘does react in a way that is potentially criminal’

‘I have no way of escaping and felt absolute terror.

‘I pictured my children in my mind and thought I would never see their faces again. I have never been so frightened as I was in that moment.’

The court also heard the uniformed response officer is now carrying out computer work from home whilst on restricted duties, with her team one member short.

He left the A419 at the Honda junction, going the wrong way around a roundabout before mounting a kerb and heading back onto the A419 southbound after the gates were closed. 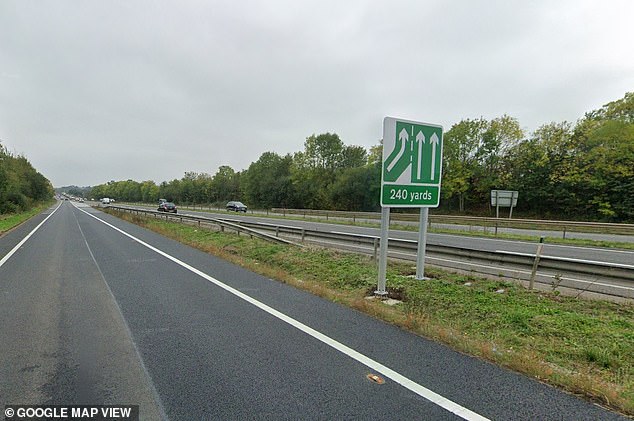 At this point travelling at around 90 miles per hour, he left the dual carriageway at White Hart roundabout, heading towards Gablecross when again a HGV blocked the roundabout.

He returned to the A419, Mr Tutt said, when he hit top speeds of 110mph on his way to the Commonhead exit, and continued down Marlborough Road to Coate Water.

He then drove up Dorcan Road and entered Edison business park, where he stopped and was arrested.

During the pursuit, he drove through a red light and almost had a head-on collision with an unmarked police car whilst driving on the wrong side of Dorcan Way.

The court was later to hear that he was on the phone to his wife, who convinced him to stop and face the authorities.

In mitigation, Matthew Pardoe said that his client suffered from PTSD and has ‘a degree of vulnerable, that is deep seated’.

‘He said he wasn’t angry at the police, but just angry at how he is treated because he is black,’ he said in police interview, according to Mr Tutt.

The 40-year-old also wrote a letter to the court, in which he said: ‘I’m truly sorry for my actions this time around, I’m so disappointed in myself.

‘I understand how my actions have had a devastating impact, not only on the victim but to my children and family.’

Mr Pardoe said his client was ‘stateless’, that he does not know who his parents are, or what country he comes from, and that he grew up in care.

‘He is not somebody who has no regard for the law and regards himself as a renegade.

‘He is social in his outlook but does react in a way that is potentially criminal, and that is what has happened here.’

Joao, initially charged with attempted murder before that was dropped, pleaded guilty to inflicting grievous bodily harm, dangerous driving, driving without a licence and driving without insurance.

Sentencing, Recorder Willcocks said that his driving after the assault on PC Halewood ‘became a deliberate decision to ignore the rules of the road in an attempt to avoid the police’, and that the fact he injured a police officer ‘very seriously aggravated’ the case.

He was jailed for a total of 32 months, and was banned from the roads for 28 months. Before he is able to drive again, he must take an extended retest.