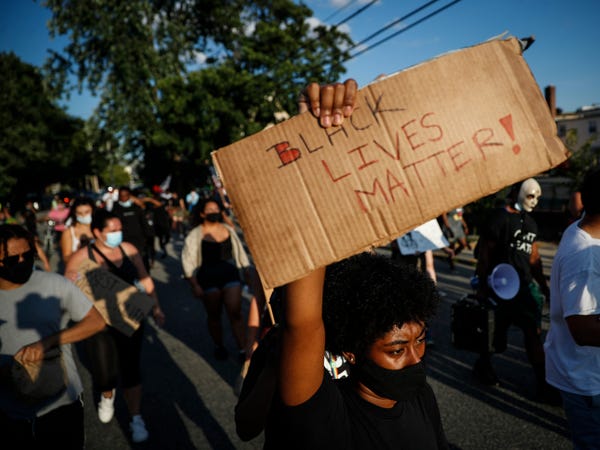 Police stormed into a Black 17-year-old girl's dorm with guns drawn after a group of students executed a false report against her that said she had been threatening to stab classmates with scissors, according to local reports.

Christin Evans, a cheerleader, was sleeping when police entered her dorm at Stephen F. Austin State University in Nacogdoches, Texas, at 3 a.m. on September 14. Evans' parents, Lashondra and Chris Evans, told local outlets that they believe the incident was racially motivated.

Police said a group of 10 students was involved in the execution of the false report, according to the news outlet Metro. The Nacogdoches Police Department did not immediately respond to a request for comment from Insider.

On Monday, the two parents, standing alongside their attorney, demanded that the school take action against the group of students who they say targeted their daughter.

"I want justice. I want the people responsible to have consequences," Lashondra said. "They played with her life."

The incident came amid outrage over Breonna Taylor, who was shot and killed in her bed during a police raid.

"If she would have had something in her bed or if they would've [seen] her phone flash, it's shiny on the back, and they had reported she had a knife, they could've shot her," her mom said.

"We're upset and we want something to be done about it," her father, Chris, said Monday, according to a local report. "When I sent my daughter off to school, my worse-case scenario was that she should call needing money or an issue with her grades."

Stephen F. Austin State University has launched an investigation into the incident, according to local reports.

In a statement released on Twitter, school president Scott Gordon promised that "each perpetrator will be dealt with appropriately."

"My heart goes out to the young lady who was an innocent victim in this matter," Gordon said. "We will do all we can to support her and her family through this heinous ordeal."

The school did not immediately reply to a request for comment from Insider.

Evans has moved into a new dorm and is taking online classes, the Washington Post reported.

"I feel shaken," Evans said, according to KTRK-TV, an ABC News affiliate.

"I can't sleep at night. It has made me paranoid. I was looking forward to making friends and having a good time on the cheer team."