Standing proud at the head of the tree-lined Millennium Avenue, it is visible to everybody visiting Britain’s national centre of remembrance.

This stunning 40ft memorial recognising the sacrifice of police who died in the line of duty will be unveiled in a ceremony at the National Memorial Arboretum next week, and the Daily Mail has been given an exclusive first look.

The £4million memorial is the result of a seven-year fundraising campaign and represents an open door to symbolise the dangerous places police officers sometimes have to enter.

The breathtaking structure left widow Gillian Wombwell fighting back the tears when she visited for the first time this week. 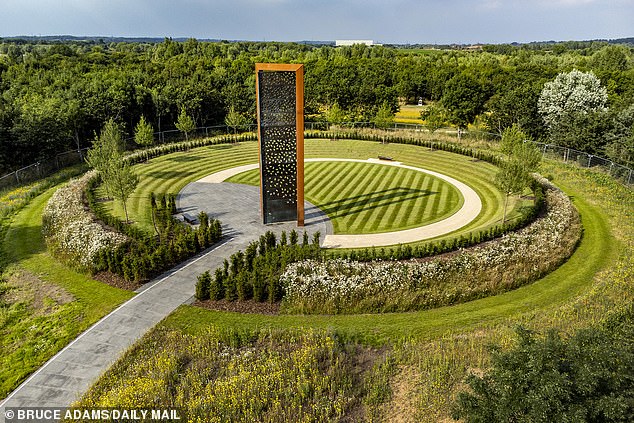 This stunning 40ft memorial recognising the sacrifice of police who died in the line of duty will be unveiled in a ceremony at the National Memorial Arboretum next week, and the Daily Mail has been given an exclusive first look

She said: ‘I feel quite choked up actually. This is a beautiful setting and the perfect place for people to sit, meditate, remember and somewhere the bereaved can bring their children or grandchildren and recognise how their relative gave their life.’

She described the memorial by Bristol-based designer Walter Jack as ‘outstanding’, adding: ‘I just think it’s a splendid piece of architecture and such an impressive monument.’

Mrs Wombwell married her late husband at the age of 16 and was widowed at 21. She remarried twice but both relationships broke down as she has never been able to get over Mr Wombwell’s loss.

The door-like structure also has leaf-shaped apertures – designed to represent the courage and sacrifice of the more than 4,000 police men and women killed while carrying out their duties. Their names will be listed on an accompanying digital memorial. 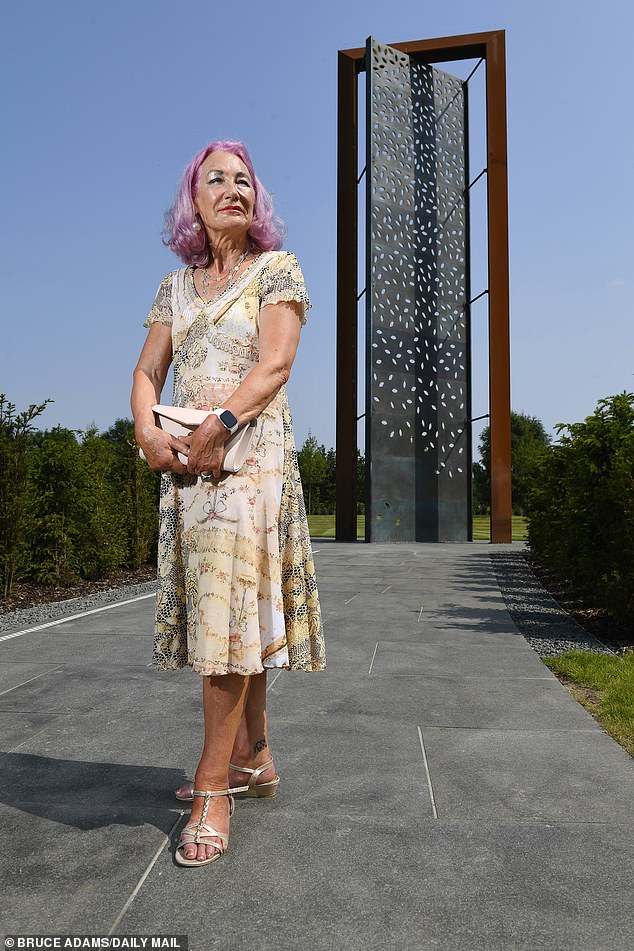 The arboretum outside the village of Alrewas in Staffordshire is the place of remembrance for all our services and the home of the National Armed Forces Memorial. But until now there has been no tribute among its 400 memorials to fallen police officers.

But a year in the making and after a three-month delay caused by the pandemic, the monument has proved to be worth the wait.

The campaign was kick-started by a £1million government donation with the rest given by private companies, the public, the policing family and wealthy anonymous benefactors.

Next week’s Covid-compliant commemoration will be attended by 400 guests including VIPs, relatives of fallen officers and representatives from each of the 48 civilian police forces across the UK.

n The dedication ceremony can be watched on ukpolicememorial.com from midday on Wednesday.