Rishi Sunak tonight vowed to spend billions more to support Britons through the cost-of-living crisis – if he becomes prime minister – as he acknowledged a ‘moral responsibility’ to offer extra help.

The ex-chancellor, who is vying with Liz Truss for the Tory leadership, admitted families are facing a further £400 hit on average – due to soaring energy bills – since he announced previous support when he was still in the Treasury.

Mr Sunak steered clear of putting a ‘precise figure’ on how much extra households could expect to receive if he enters Number 10.

But he pledged to give more help to pensioners and those on benefits, while also vowing to cut VAT on energy bills – which he said could raise total support for families to around £700 to £800.

Mr Sunak and Ms Truss have this week exchanged a series of barbs over their approach to the cost-of-living crisis.

The ex-chancellor has been accused by his rival’s camp of ‘Gordon Brown-style politics’ with a ‘socialist tax and spend’ agenda.

In a swipe back at the Foreign Secretary tonight, Mr Sunak suggested Ms Truss’s tax-cutting proposals were not ‘the moral thing to do’.

He also insisted that ‘starry-eyed boosterism’ would not steer the country through the inflation crisis. 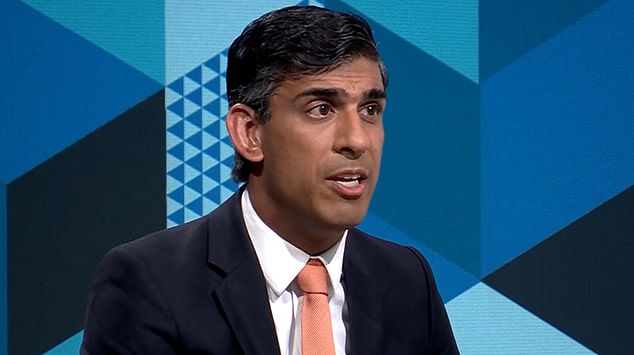 Rishi Sunak pledged to give more help to pensioners and those on benefits, while also vowing to cut VAT on energy bills 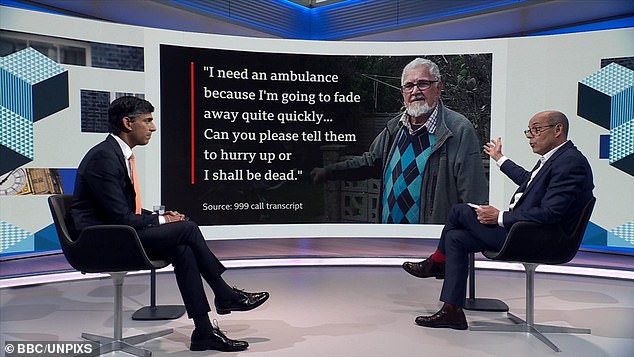 In another jibe at Ms Truss, Mr Sunak claimed he would ‘rather lose’ the contest to become PM than promise ‘false things I can’t deliver’.

The ex-chancellor was quizzed about his plans to provide extra help to struggling households in an interview with the BBC’s Nick Robinson.

Both he and Ms Truss have faced calls to pledge further support during the cost-of-living crisis after energy bills for typical households were this week forecast to soar to more than £4,200 next year.

‘I do feel a moral responsibility as prime minister to go further and get extra help to people over the autumn and the winter to help them cope with what is going to be a really difficult time,’ Mr Sunak said.

‘I think that is the right priority.’

The Foreign Secretary has faced pressure to match Mr Sunak’s promise of more direct support for families, after she previously steered away from pledging extra ‘handouts’ to ease the cost-of-living crisis.

Mr Sunak’s camp have accused Ms Truss of a ‘major U-turn’ after she today insisted she was not ruling out further cash payments.

But the Foreign Secretary has maintained that tax cuts – and boosting the economy – are her ‘priority’.

Mr Sunak tonight hit out at ‘alternative proposals’ as he pledged to provide more direct cost of living support.

Asked how much extra families could expect to receive, Mr Sunak said it was hard to put a ‘precise figure on it’ without official estimates of how much further energy bills will rise.

‘In order of magnitude it looks like the situation is around £400 worse give or take than we thought when I announced support earlier this year,’ he said.

‘That gives you a sense of the scale of what we are talking about extra and then we have to think about how to we split that up. 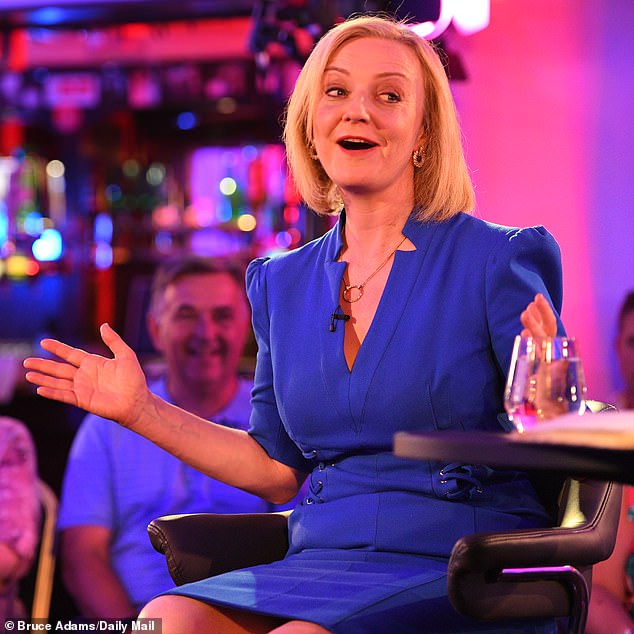 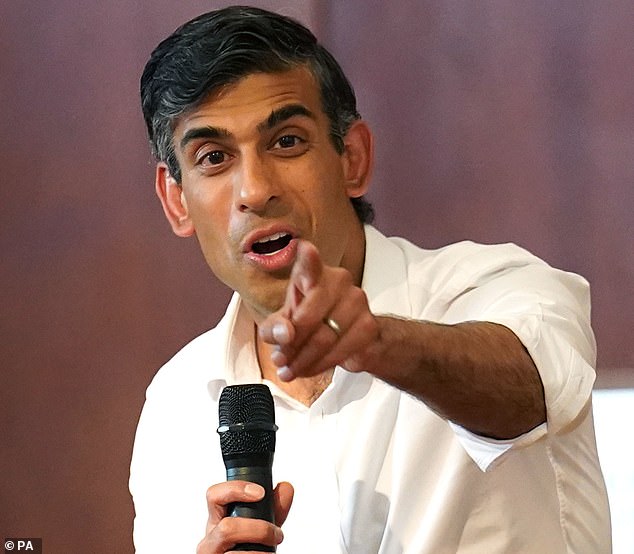 The former Treasury chief, who made a visit to a synagogue in north London earlier today, acknowledged a ‘moral responsibility’ to offer extra help for struggling families 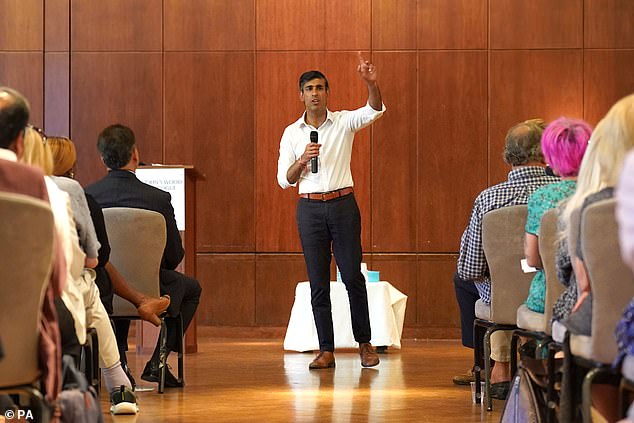 The ex-chancellor is widely viewed to be trailing Ms Truss in the race for Number 10. But he claimed he would ‘rather lose’ the contest than promise ‘false things I can’t deliver’

Mr Sunak promised to boost payments for those on benefits and pensioners, while also vowing to cut VAT on energy bills as a means of increasing support for all households.

The ex-chancellor is widely viewed to be trailing Ms Truss in the race for Number 10.

The Foreign Secretary’s promise to cancel the National Insurance rise, scrap a planned increase in corporation tax, and remove green levies on energy bills appears to be proving popular with Tory members.

Mr Sunak has warned that Ms Truss’s tax-cutting plans will worsen the inflation crisis and cause interest rates to rocket.

He insisted he was ‘prepared to lose this contest’ rather than ‘saying the easy things’ and not staying ‘true to my values’.

‘I do think there has been a breakdown in trust because of the issues of the last several months and part of why I am sitting here is because I want to restore trust back into politics,’ he said.

‘I want to put integrity and honesty at the heart of how I run government and how I want to be prime minister. And as you can see in this leadership contest, I have been doing that.

‘I haven’t been saying the easy things and actually I am prepared to lose this contest if it means that I have been true to my values and I am fighting for the things that I think are right for this country.

‘I would rather lose on those terms than win by promising false things that I can’t deliver.’