RUSSIA has threatened to spark World War Three by nuking the West if NATO peacekeepers step just ONE FOOT in war ravaged Ukraine.

The harrowing threats came as President Vladimir Putin’s tightly-controlled state TV went into overdrive on Wednesday to warn NATO against deploying any form of peacekeeping force. 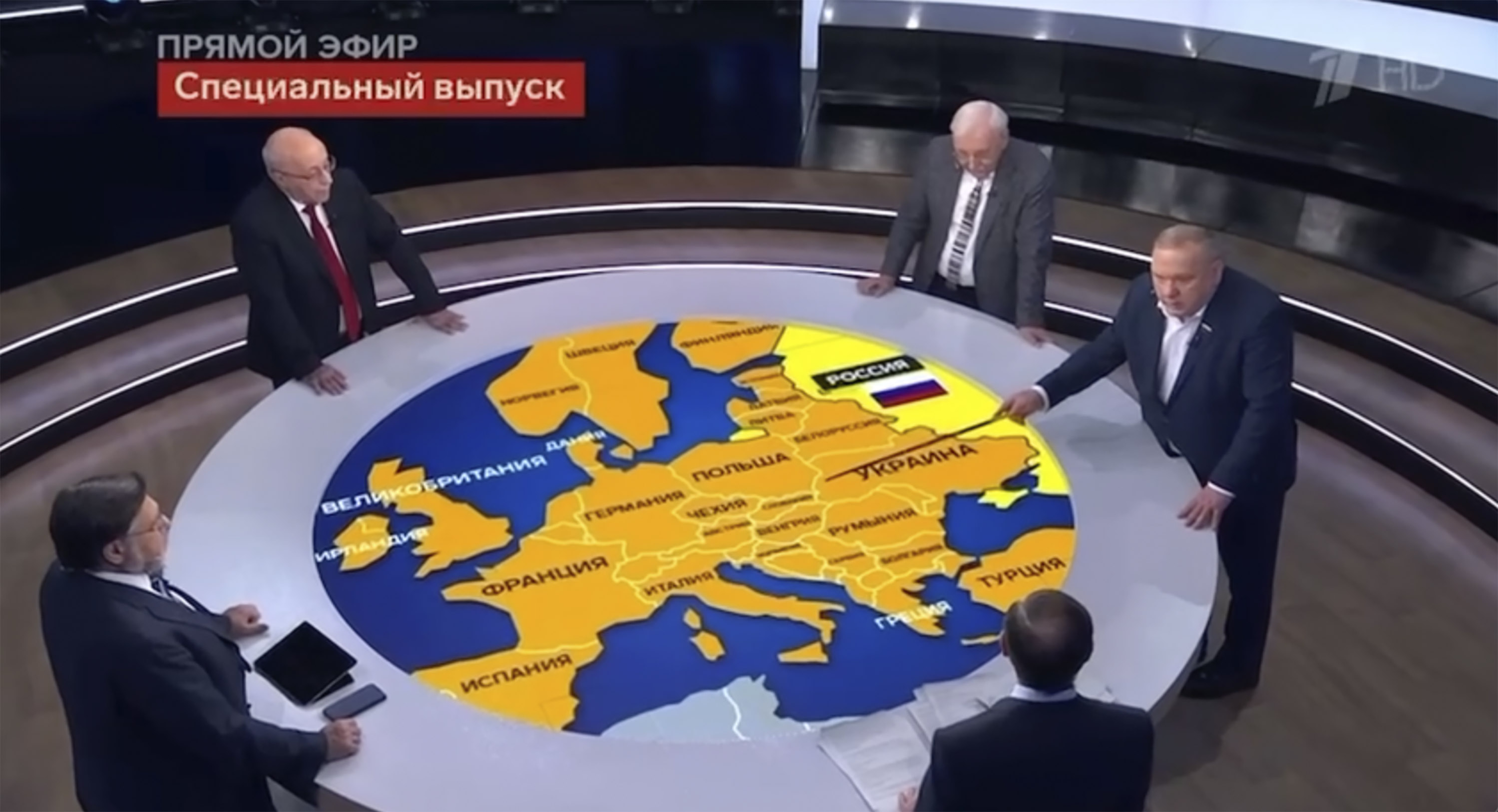 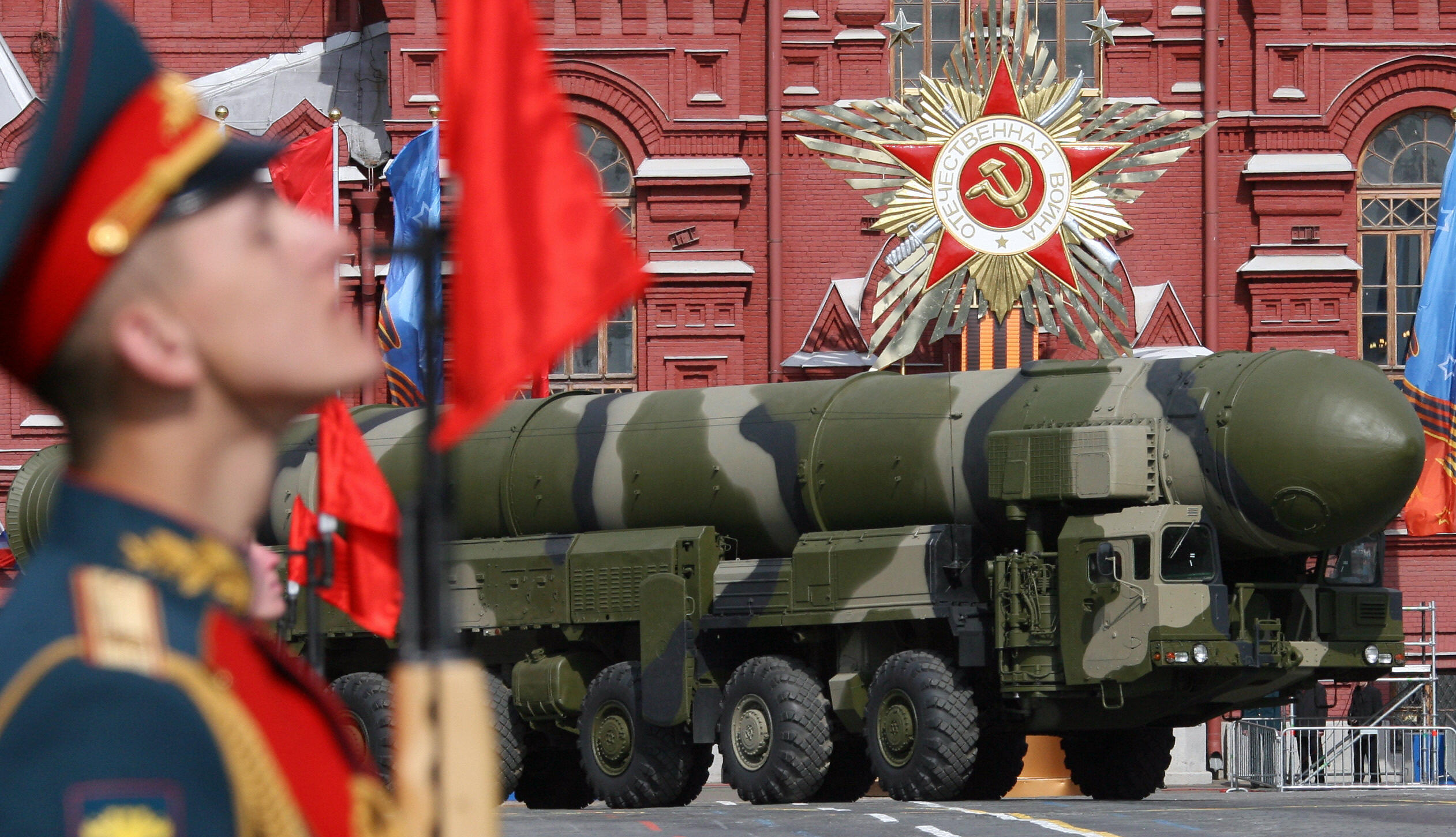 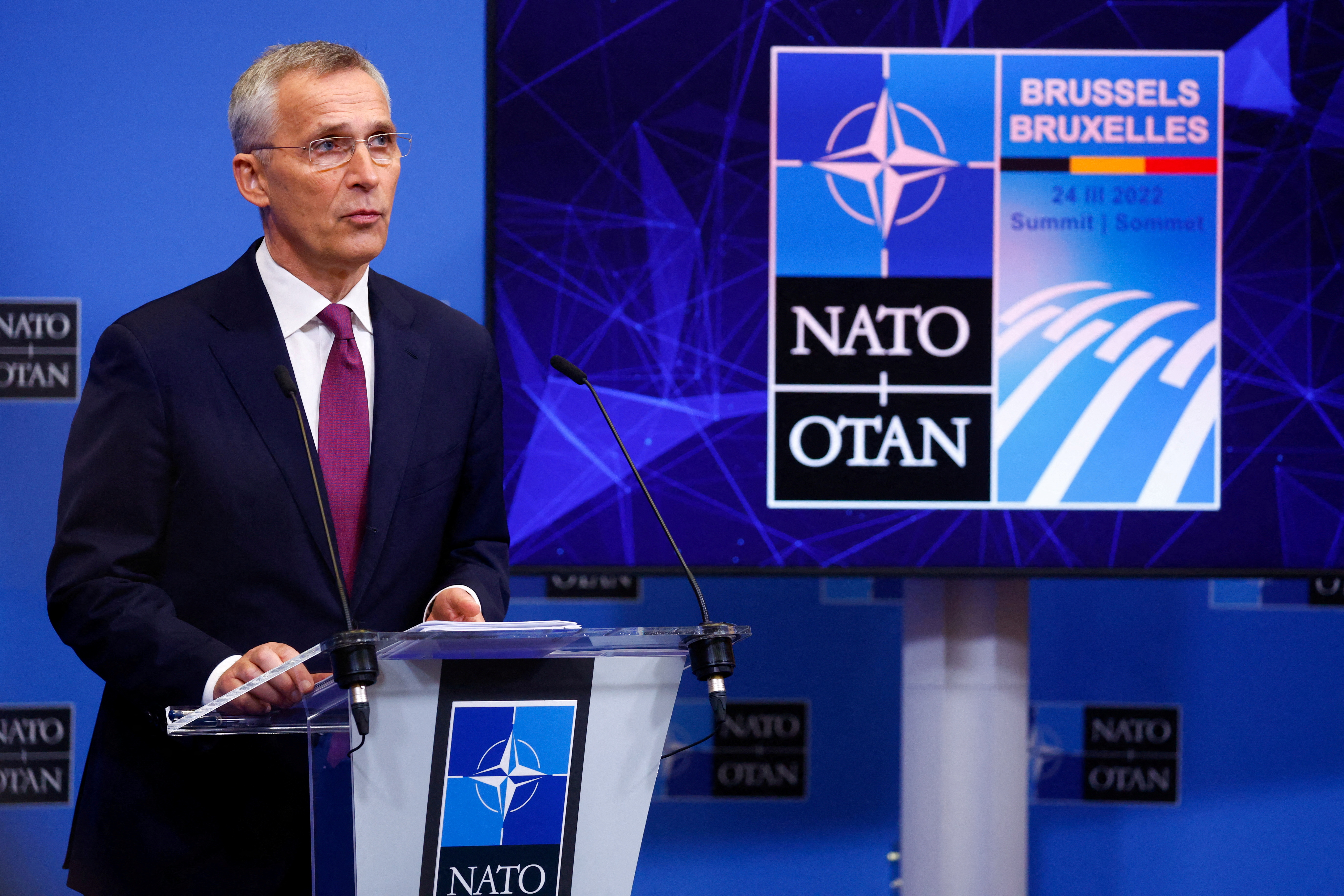 The terrifying uptick in rhetoric was spearheaded by a raft of claims from propaganda mouthpieces who allege Poland will seek a NATO mandate to put peacekeepers in Ukraine at an extraordinary summit on Thursday.

Pro-Kremlin TV also made the baseless claim that Warsaw could seek to grab back Ukrainian territory formerly part of Poland, like the city of Lviv.

Vyacheslav Nikonov, a pro-Kremlin host of state-owned Channel 1, claimed Russian truck drivers stuck on the border had spotted “an accumulation of American and Polish troops".

In a chilling statement, he told viewers: “As for me Poland strives not just to fulfil a peacekeeping mission, but to stake out the territories which they consider belonging to them historically." 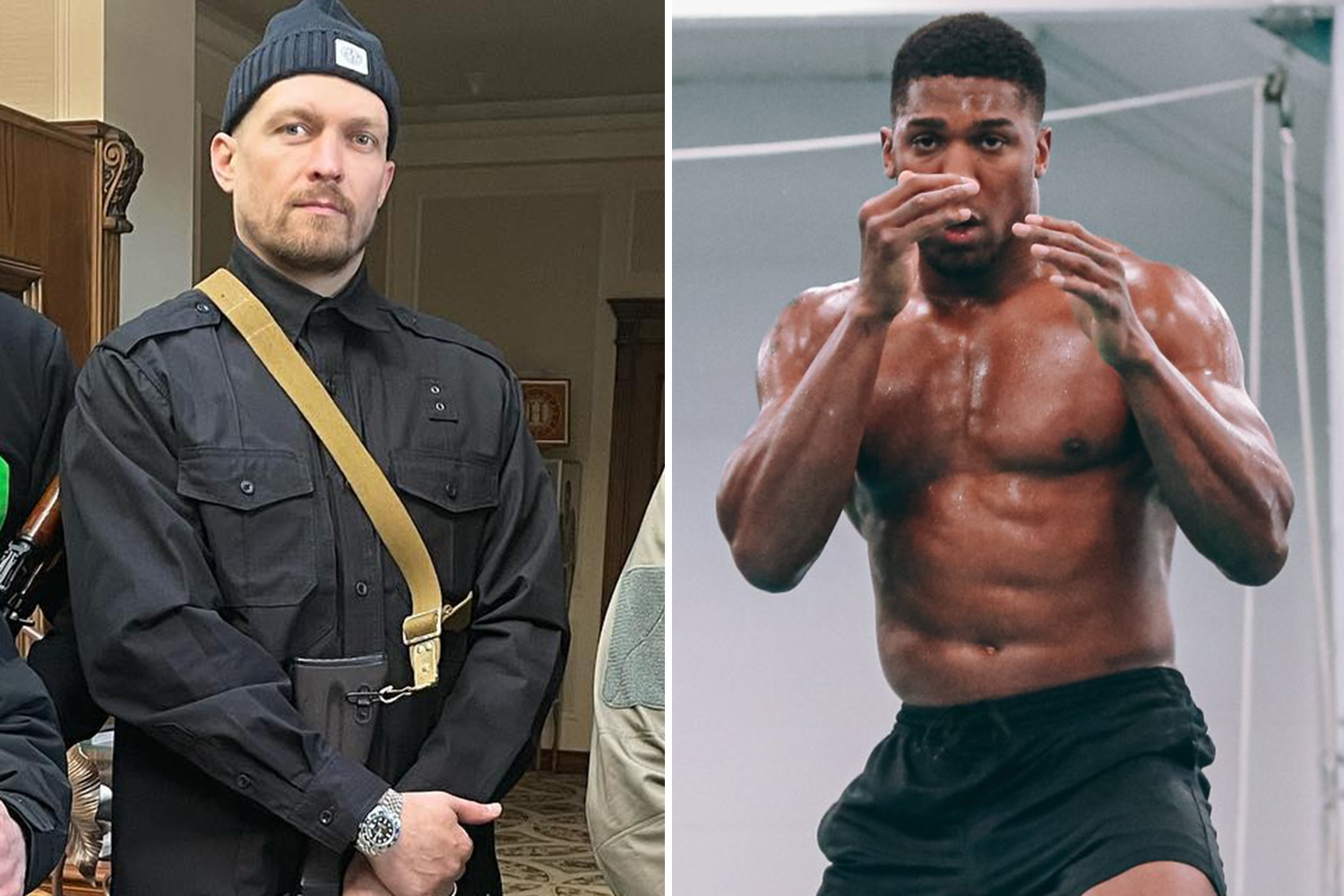 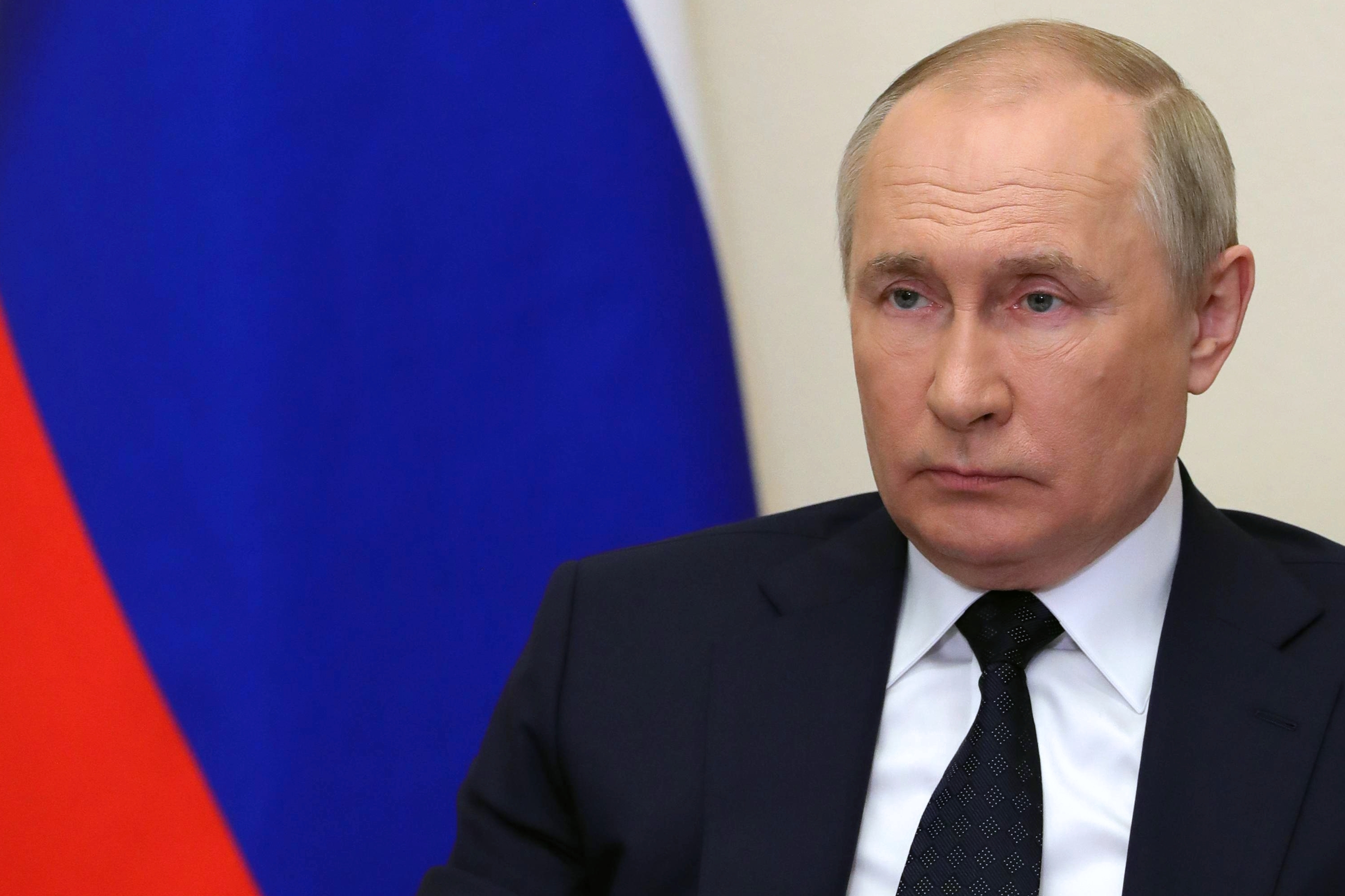 Military expert Col. Yury Knutov parroted the same line on the channel, claiming: “If there are any sane people left in NATO, they will not approve [a peacekeeping] operation [in Ukraine].

“Why? Because [a collective] NATO decision will mean a de facto declaration of war on Russia.

“To win this war, whether we like it or not, we will have to use tactical nuclear weapons in the theatre of operations."

He said this would entail the "use of powerful strategic nuclear weapons" which he said "means universal nuclear war".

Most read in World News 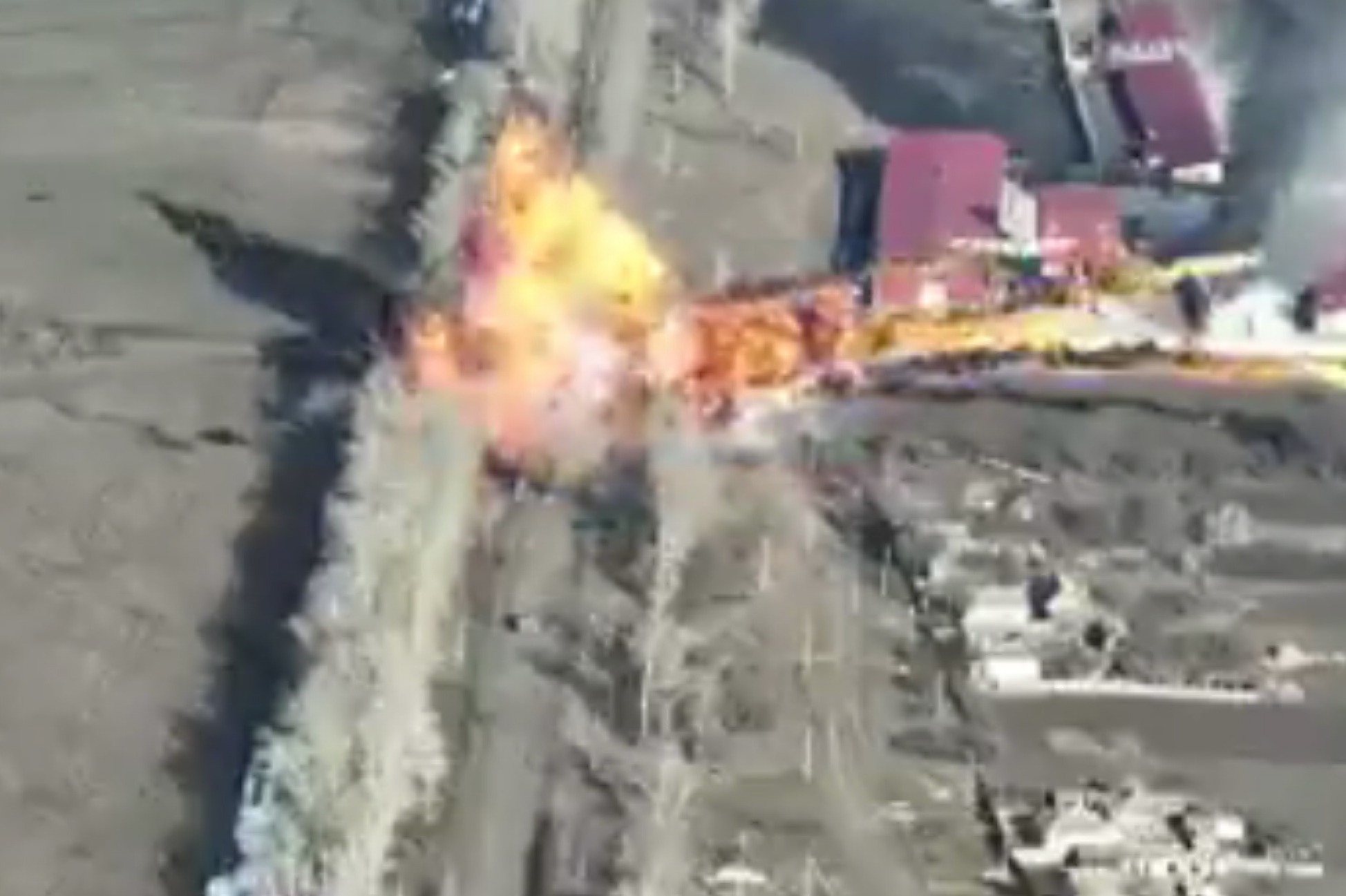 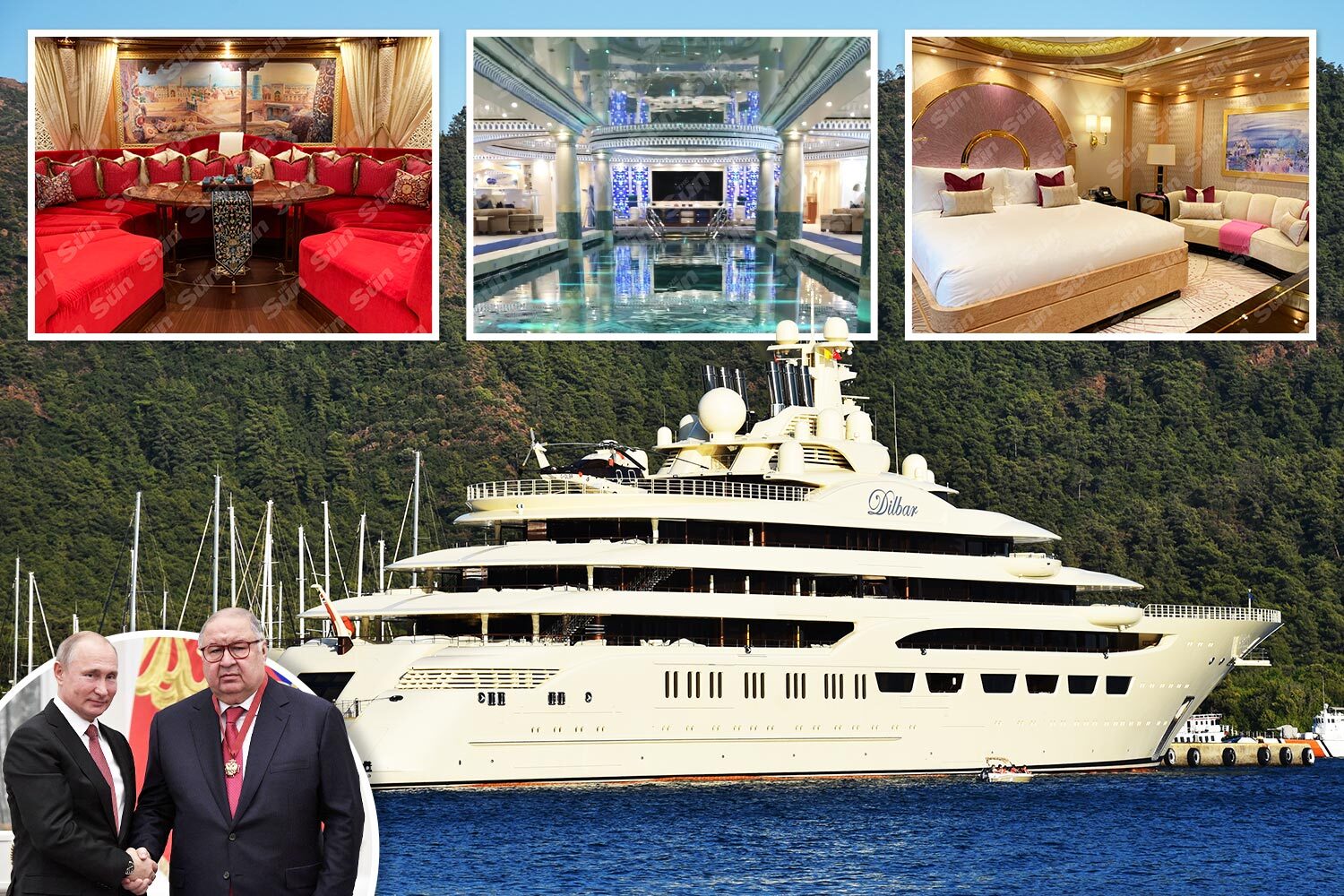 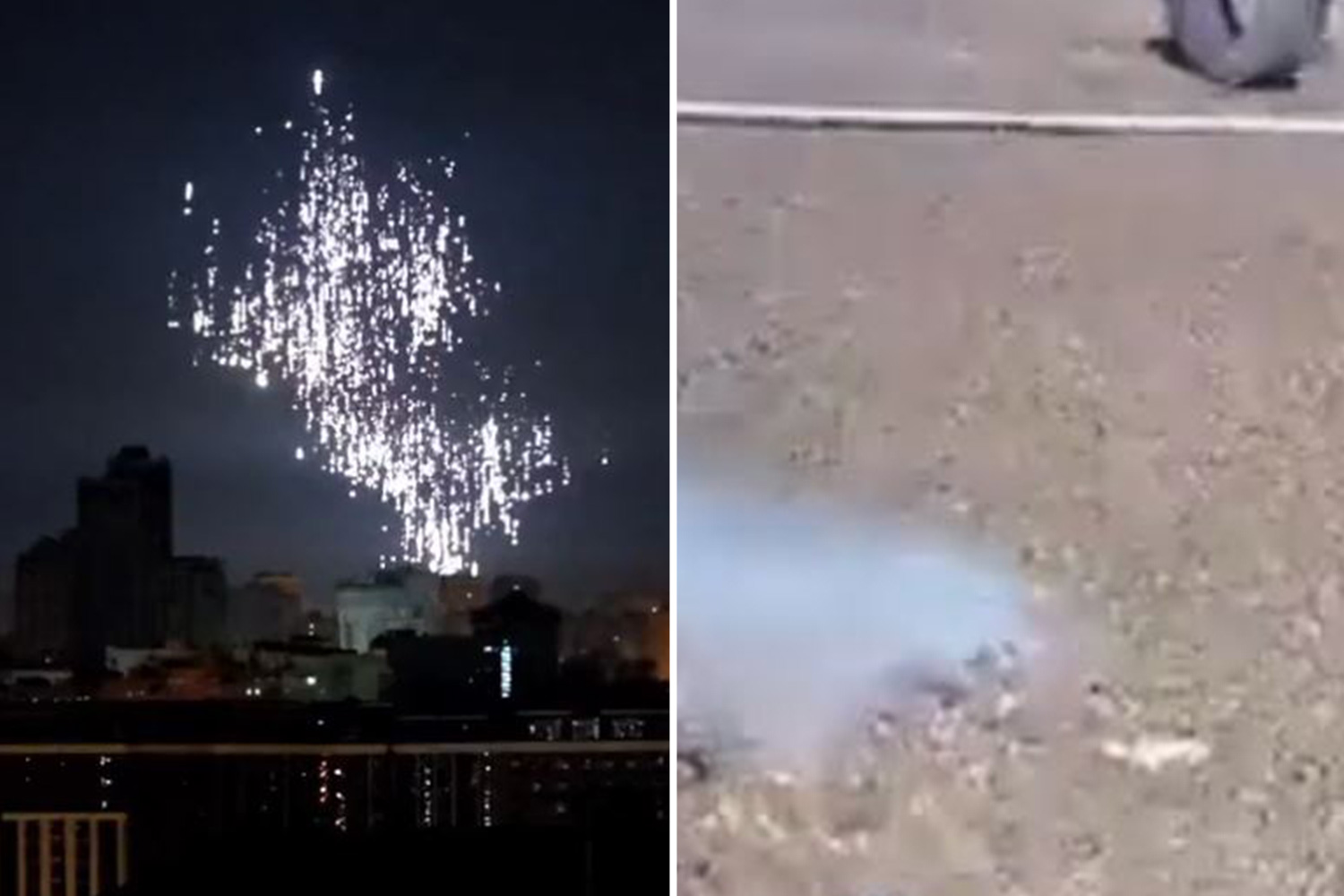 While Olga Skabeyeva, host of state-owned Rossiya 1's 60 Minutes said such an infringement by NATO into Ukraine "is not worth explaining".

“This is called World War Three", she added.

Russia must understand it can never win a nuclear war

Speaking to reporters on Wednesday ahead of today's extraordinary NATO summit, Mr Stoltenberg vowed to increase NATO's presence in Poland following the horror unfolding in Ukraine.

He said: "I expect leaders will agree to strengthen NATO's posture in all domains, with major increases in the eastern part of the alliance on land, in the air and at sea." 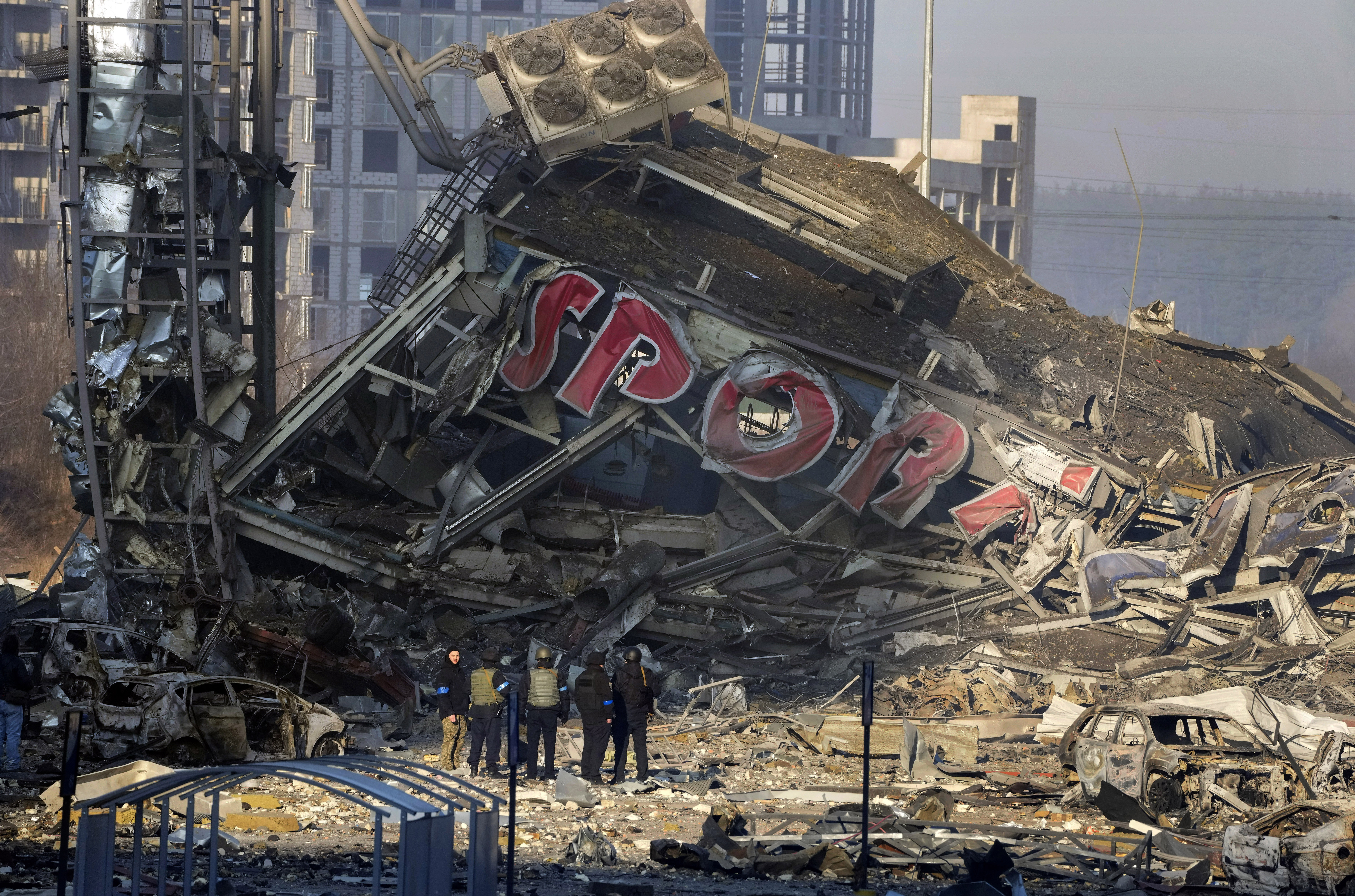 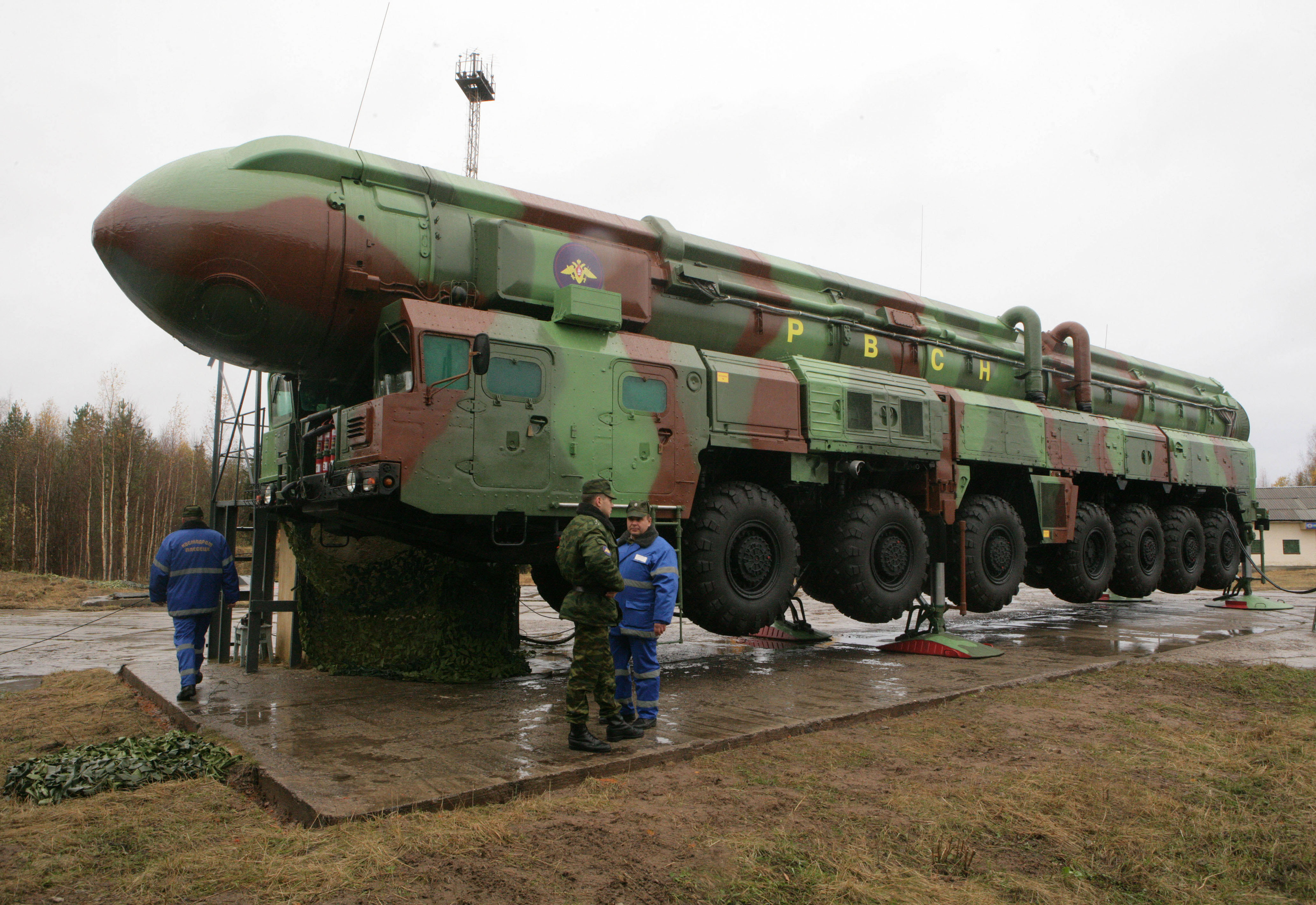 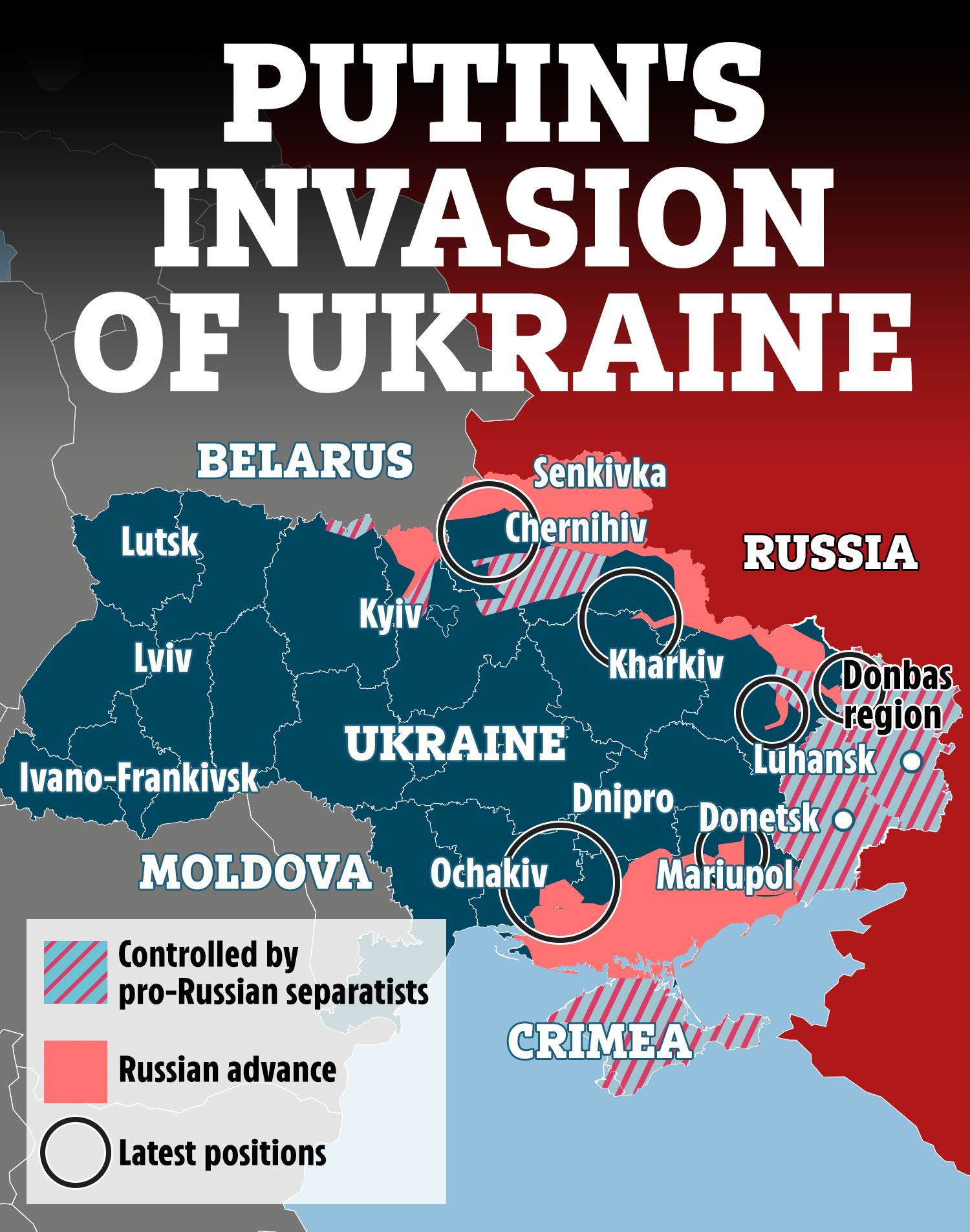 NATO leaders are expected to agree the deployment of four new battle groups on the alliance's eastern flank in Bulgaria, Hungary, Romania and Slovakia.

This will seen an increase in the number of multinational groups along NATO's eastern fringe to eight.

The bolstering of troops builds on existing forces in Poland and the Baltic countries of Latvia, Lithuania, and Estonia – where thousands of British soldiers are currently stationed.

President Joe Biden has previously warned of the potential for "World War Three" should Western nations engage in direct combat with Russia.

Don’t you Poles dare poking in here, even 10 metres – you’ll be hit immediately with the whole might of our Kalibr

Amid soaring tensions, Col-General Vladimir Shamanov – a decorated Russian veteran also known as The Butcher of Chechnya  – told Channel 1 that Putin must secure the border of Ukraine and Poland.

Claiming Ukraine as Russia's, he said: “The time has come for our leadership to say very clearly – these are the borders.

“And don’t you Poles dare poking in here, even 10 metres. You’ll be hit immediately with the whole might of our Kalibr [cruise missiles]."

The Poles would be defeated “in full” if it sought to interfere with Russia’s military operation in Ukraine, he said.

While Putin’s crackpot spokesman Dmitry Peskov said that Russia would only use nuclear weapons in the event of an “existential threat”.

But he warned deploying Western peacekeepers to Ukraine would be  “very rash and extremely dangerous”.

A US defence official told Reuters news agency on Wednesday that Russia's combat power in Ukraine has declined below 90% of its pre-invasion levels for the first time since the war began.

While the United Nations says it has recorded 953 civilian deaths and 1,557 injuries among Ukrainians – but the real figure is expected to be much higher.

Millions of people have fled their homes since the invasion – which enters its 28th day on Thursday.

Western weapons supplied to Kyiv get into the hands of "terrorists, Nazis and criminals”, viewers are told. 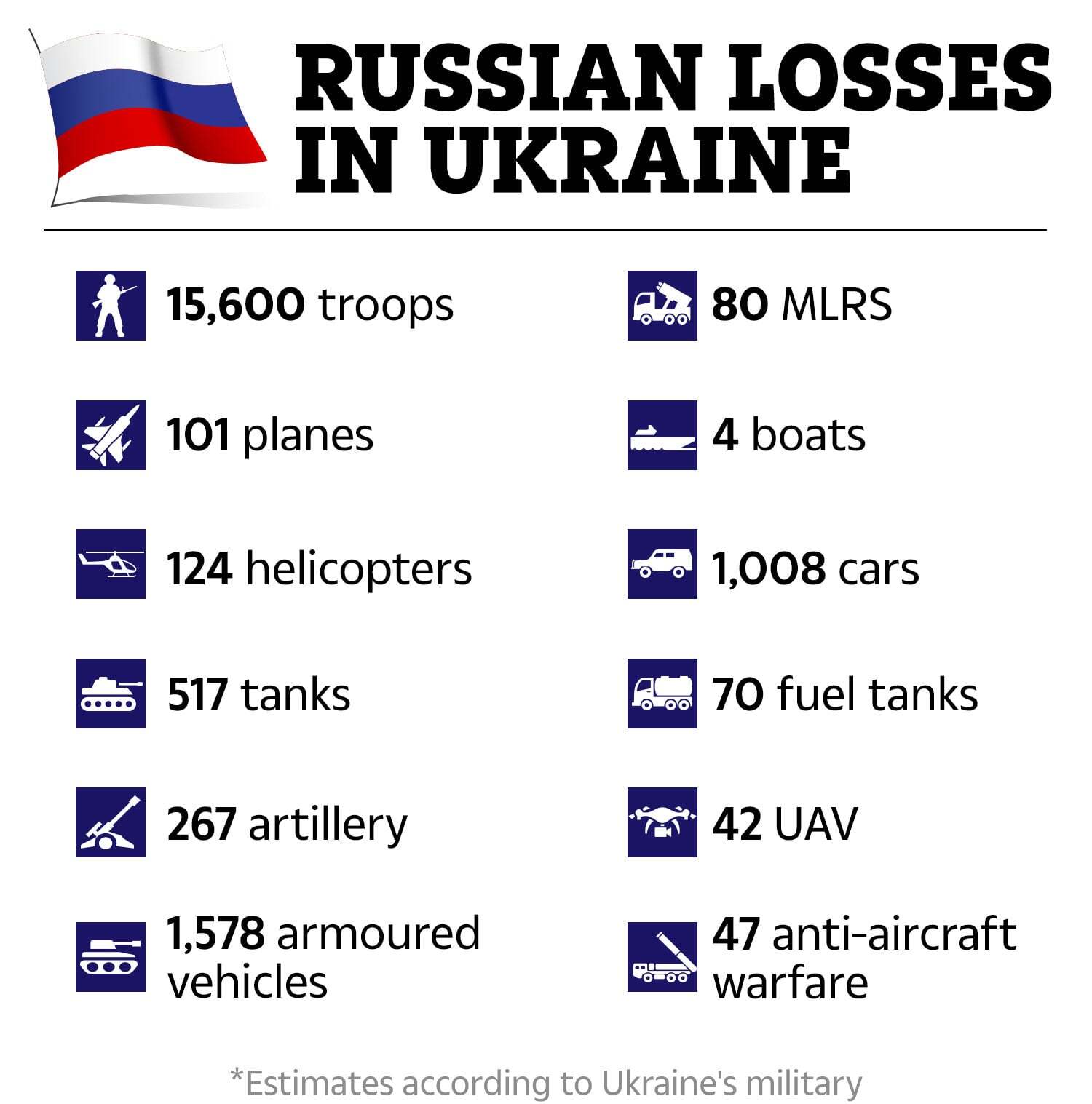 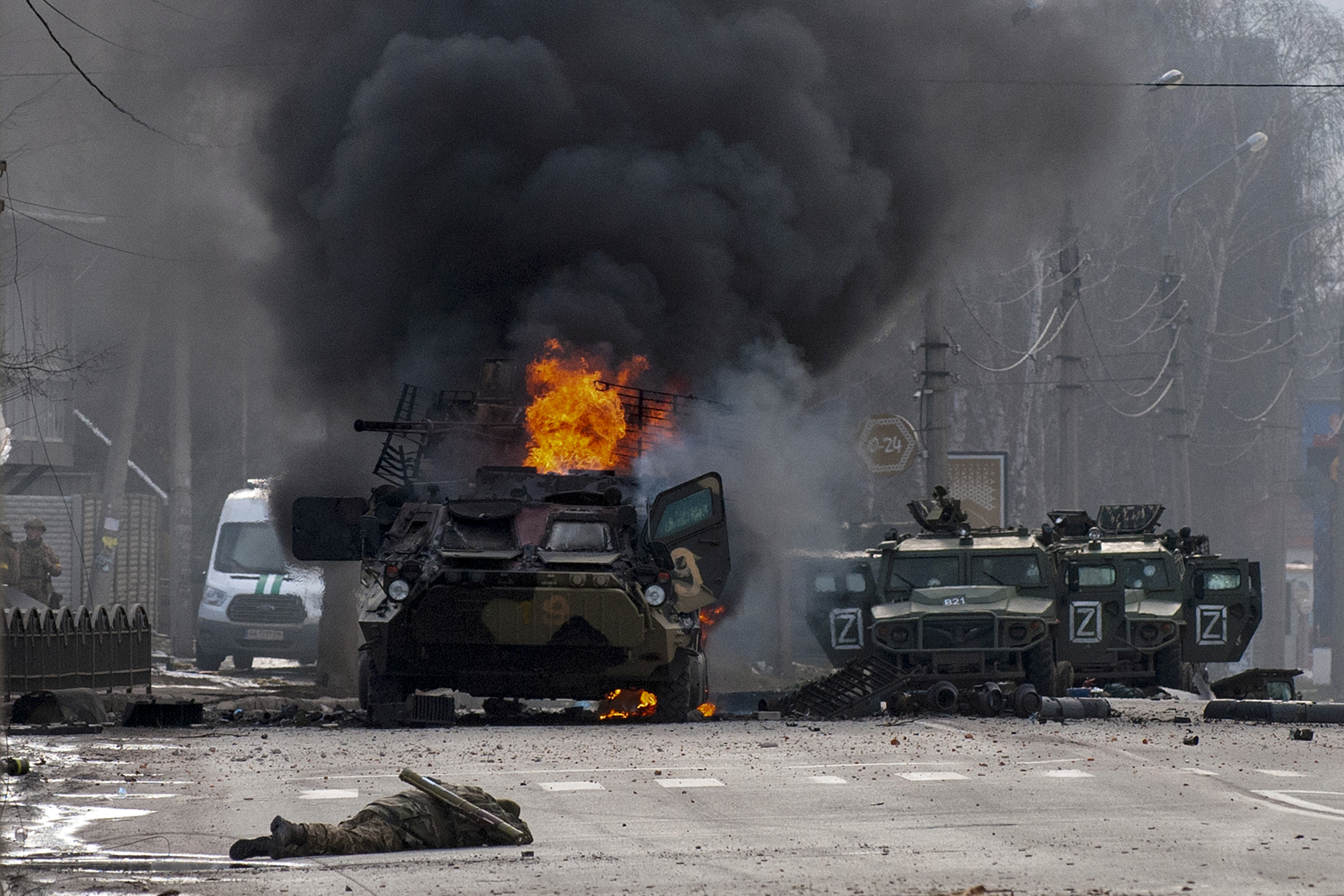