Victoria’s prison system is facing serious, systemic corruption issues in both its private and public custodial systems, according to a report from the state’s anti-corruption agency.

The investigation, which the Independent Broad-based Anti-corruption Commission conducted over several years, uncovered ongoing corruption and misconduct risks across the system. 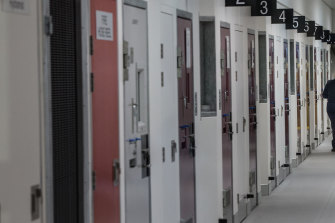 IBAC’s “Special Report on Corrections”, tabled in Parliament on Tuesday, said that staff in Victoria’s prisons had engaged in misconduct including excessive use of force and inappropriate strip-searching practices and, in the case of a prisoner with an intellectual disability, misuse of force.

“IBAC has exposed serious corrupt conduct in Victoria’s private and publicly managed prisons through its investigations and research,” the report says.

“IBAC substantiated allegations of misuse of force by corrections officers against two prisoners, one of whom has an intellectual disability.”

The report said prison guards would unlawfully turn off their body-worn cameras (BWC) during use of force incidents, and that guards had illegally accessed prisoner information.

“IBAC found the strip search of a male prisoner took too long and was conducted in the presence of a female officer, contrary to policy,” the report says.

“IBAC identified the apparent deliberate interruption of BWC recordings during use of force incidents, including by covering the BWC lens and coughing when force was being applied.

“IBAC found that a property officer at the Melbourne Assessment Prison had misused Corrections Victoria’s computer systems on multiple occasions by accessing restricted information outside the scope of their official duties.”