THE EU exported 25 MILLION doses of Covid vaccines last month, despite a supply crunch at home meaning millions of vulnerable people have still not been jabbed.

More than eight million jab doses made in EU-based facilities were exported to the UK between February 1 and March 1. 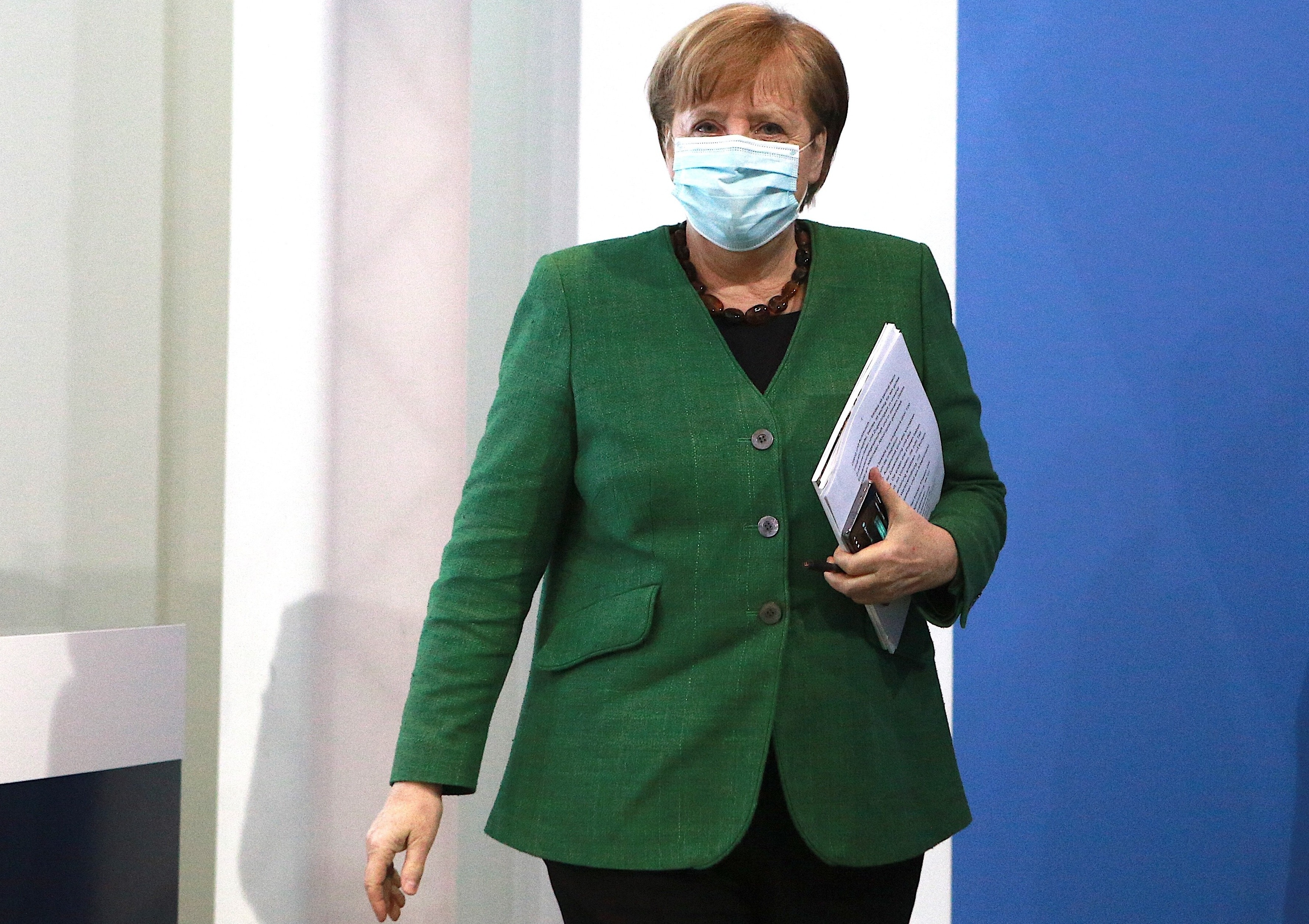 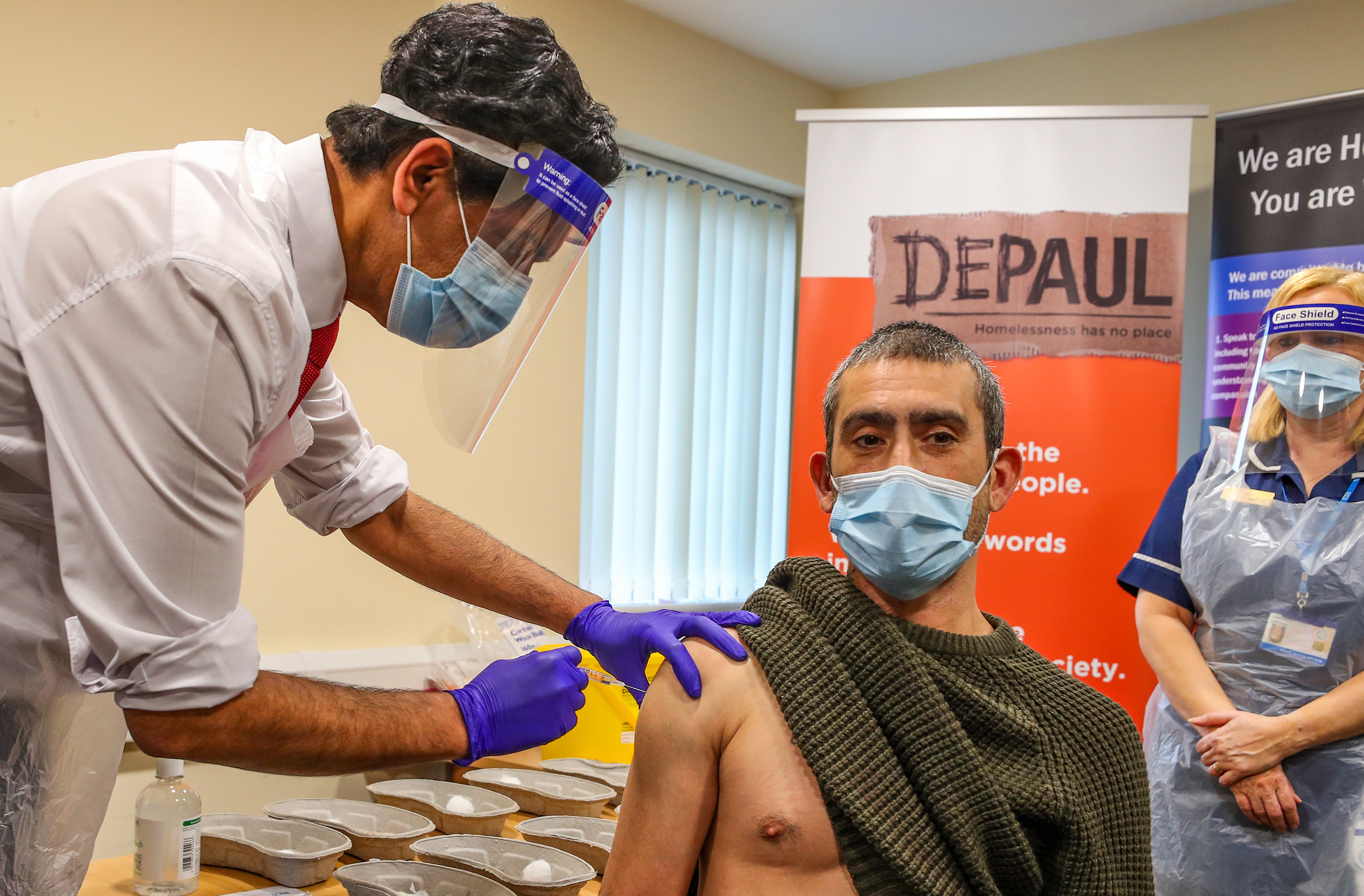 Overall, the European Union exported more doses of vaccines than it administered over this time period, a report says.

Canada was the second-largest recipient of vaccines from the beleaguered block, according to the New York Times, while Japan and Mexico followed as the third and fourth largest recipients.

Internal documents seen by the newspaper presented the EU as something of a vaccine exporting powerhouse.

Reports of the shambolic situation followed hot on the heels of the news that supply issues facing vaccine producer Johnson and Johnson meant another 55million doses have been delayed.

Supply to the EU has been slashed dramatically by pharmaceutical companies.

Pfizer also cut supplies to the bloc, vowing to make up for it with larger-than-expected deliveries later this year, while British/Swedish firm AstraZeneca also slashed its delivery to the EU in the first quarter of this year.

Last week, The Sun told how a poll revealed Europeans are losing faith in the EU over its "vaccine bungles" and believe Britain is doing much better. 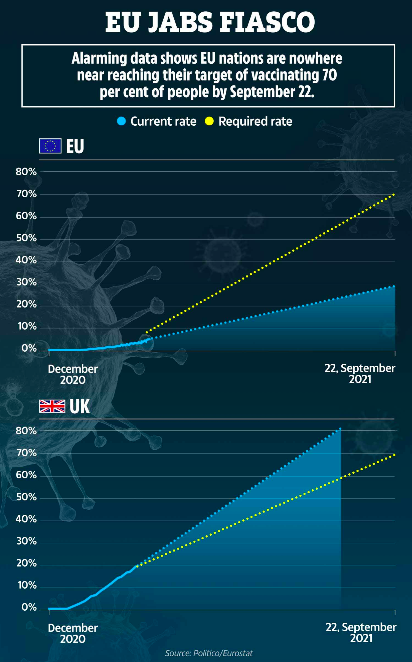 Only one in six Germans and a quarter of French people think Brussels has done a good job of handling the jabs rollout.

Lacklustre organisation and logistics in a number of EU countries had also contributed to a stall in the administration of vaccines to their citizens.

Tensions around supply and the varied rates of vaccination efforts was helping to stoke a political crisis in the European Union.

Last week, Italy used an export-control mechanism to prevent a shipment of vaccines being sent to Australia – a move that has since been criticised as protectionist and against the EU's belief in free markets.

The block introduced the export controls on Covid vaccines back in January, giving its countries powers to deny authorisation for the exporting of vaccines in the case that the company making them has not honoured existing contracts.

Meanwhile, relations between Britain and the EU are tense, as the UK, who was not exporting vaccines authorised for use at home, soared ahead in numbers with its vaccine rollout.

The PM today slapped EU Council chief Charles Michel over his wrong claims that the UK had stopped jabs from getting to the continent.

He said: "I therefore wish to correct the suggestion from the European Council President, that the UK has blocked vaccine exports.

"And let me be clear we have not blocked the export of a single COVID-19 vaccine, or vaccine components.

"This pandemic has put us all on the same side in the battle for global health, we oppose vaccine nationalism in all its forms.

While alarming graphs highlighting the European Union's vaccine fiasco show it will take another six months to jab just 30 per cent of the adult population, figures suggest the UK will have given 96 per cent of adults two doses of a Covid jab by the end of summer if the current rate continues.

Excess doses could be donated to neighbouring country Ireland – but this would only happen after Britain was done with vaccinating its own citizens.

Earlier this week, news emerged that the EU was pleading with Joe Biden to send millions of doses of the AstraZeneca vaccine – despite the fact that the bloc had shipped 651,000 vaccines to the US last month.

It now planned to discuss its worrying shortfall of supplies during talks with the US to boost collaboration in the fight against Covid-19.

The United States had reportedly been holding on to doses, in part through use of a wartime mechanism known as the Defence Production Act.

Last week, President Biden promised all adults in American they would have received at least one vaccine dose offered to them by May. 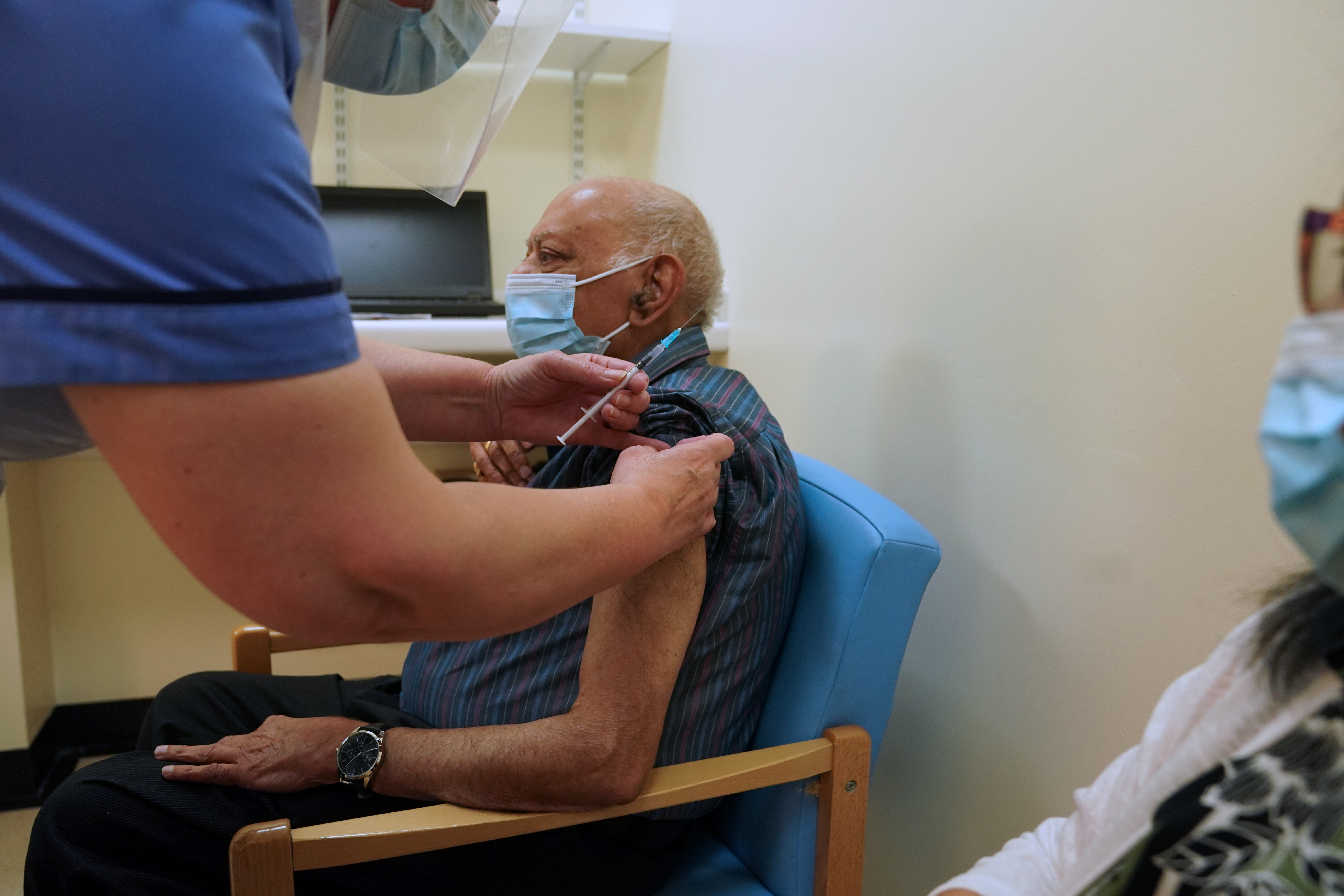