An  NHS hospital trust at the centre of England’s largest inquiry into poor maternity services and preventable baby deaths is to return all of the money it was awarded for providing good care.

Shrewsbury and Telford Hospital Trust claimed to be meeting 10 safety standards set out by NHS Resolution to be awarded the sum in September 2018.

Weeks after the £953,391 payment was made, however, the trust’s childbirth services were rated ‘inadequate’ by inspectors at the Care Quality Commission (CQC).

The trust said an ‘incorrect submission’ had been made and that it had ordered an independent review.

More than 90 babies died or suffered severe harm and disability due to medical failings between 1979 and 2017. 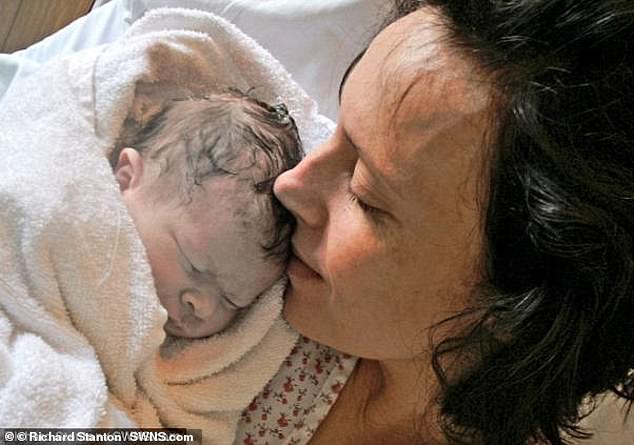 Rhiannon Davies, whose daughter Kate Stanton-Davies died due to medical mistakes at Ludlow Community Hospital in 2009, demanded to know what the money had been spent on

It has emerged that the funds were paid to SaTH while the Care Quality Commission (CQC) while inspectors were assessing it.

Louise Barnett, chief executive of SaTH, said the trust had reassessed its submission to NHS Resolution and would be repaying the money.

‘Although some good progress had been made, we did not have sufficient evidence to support the required 100% compliance in all of the standards,’ she said, adding that internal auditors ‘have been commissioned to undertake an independent review’.

‘We acknowledge that our systems need to be more robust. We are continuing to review and strengthen our governance processes, to provide additional rigour and scrutiny at all levels, which I welcome,’ Ms Barnett said. 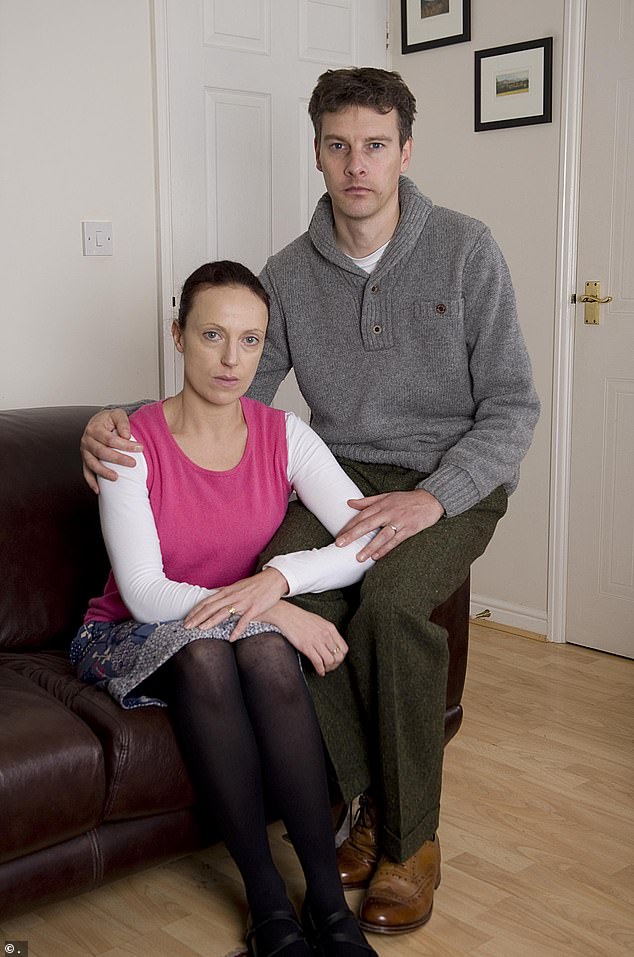 Richard Stanton and Rhiannon Stanton-Davies (pictured) from Ludlow, Shropshire, whose baby Kate Stanton-Davies died in 2009 shortly after birth due to there not being any doctors available in the maternity ward

Maternity units at the trust have been under scrutiny since 2017 and dozens of families have sued the trust for compensation, with cases still ongoing.

More than 600 families have reportedly contacted a review looking into concerns over preventable deaths and long-term harm to babies born at the trust’s hospitals.

Rhiannon Davies, whose daughter Kate Stanton-Davies died due to catastrophic medical mistakes at Ludlow Community Hospital in 2009, was among the first to push for an independent inquiry.

In December she called on the trust to pay the money back.

‘They self-certified that they met the 10 standards, the board signed it off and they received no scrutiny, it is more lies,’ she said.

Baby Pippa Griffiths, who was born at hospital in the trust, died at one day old. Her mother Kayleigh Griffiths said after her baby was born she noticed her breathing was laboured and that she had cold hands and feet.

She contacted midwives, but had no idea that the symptoms could be as serious as they were.

Pippa was rushed to hospital but could not be saved. Her parents later learned she had died of meningitis. 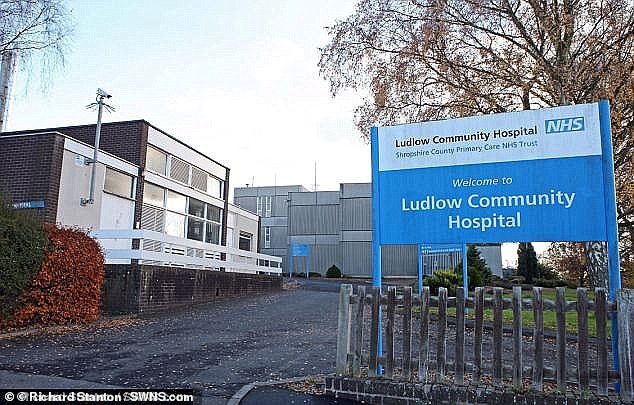 The money provided under the Maternity Incentive Scheme run by NHS Resolution was a reward to ‘those who have taken action to improve maternity safety’.

It involved a refund of money the trust had paid into the scheme, plus a share of money left from other hospitals which didn’t meet the standards.

Each trust was tasked with reporting whether they met 10 criteria, including properly investigating deaths, reducing mistakes and having effective teams of midwives and doctors. 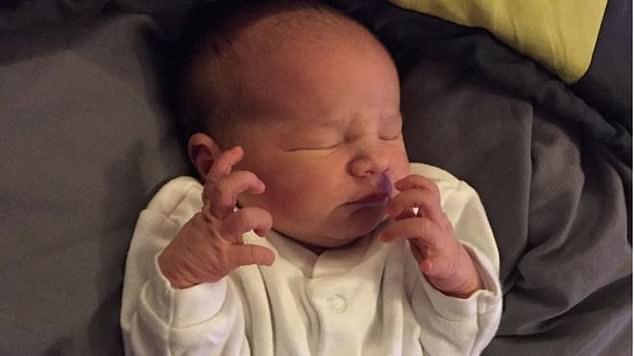 NHS Resolution allegedly did not check the trusts were in fact meeting the criteria. It has since said it is ‘unable to comment on specific trust cases’.

Former Health Secretary Jeremy Hunt has written to ministers questioning if improvements to the Maternity Incentive Scheme were needed in light of the payments made to both Shrewsbury and Telford and East Kent Hospitals, another trust under scrutiny for the safety of maternity services.

SaTH was rated as inadequate by the Care Quality Commission (CQC) – the lowest possible score – and put into special measures.

The damning report said there was a toxic culture of bullying, there were not enough staff to keep patients safe, and failings within surgery, end of life care and critical care units.

It is not clear what the trust has spent the money on, which angered some families involved in the inquiry.

The CQC is carrying out a review at The Royal Shrewsbury Hospital and The Princess Royal Hospital in Telford, both of which are rated as inadequate.

There are currently 21 conditions imposed upon the trust.

It emerged in December last year that the Trust has paid out almost £50 million in compensation to parents whose babies died or were left with disabilities. 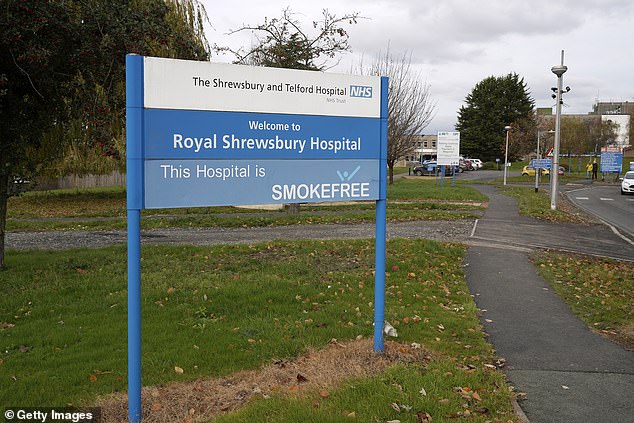 More than 80 families have brought claims against Shrewsbury and Telford Hospital Trust since 2006-07. Of these, 52 cases settled for £47.5 million – including £39.2 million in compensation.

Most of this money will be used to cover the costs of caring for permanently disabled children.

Katie Wilkins’ baby girl died at Shrewsbury Hospital after midwives left her in a side room for 48 hours and failed to properly monitor her.

Miss Wilkins was 15 days overdue when she arrived at the hospital to be induced in February 2013. There were no beds available on the busy labour ward and Miss Wilkins, 24, claims she was ‘forgotten’ in the room for two days and visited by staff just a handful of times. 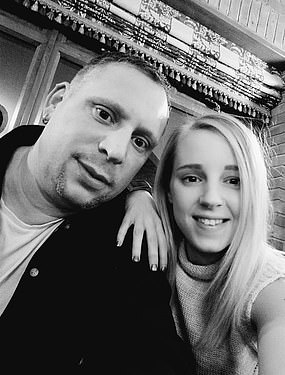 Katie Wilkins’ baby girl died at Shrewsbury Hospital after midwives left her in a side room for 48 hours and failed to properly monitor her. Miss Wilkins pictured with partner Dave Jackson, 45

When a midwife did come to check on her progress they realised her baby’s heartbeat could not be found. Maddie was delivered stillborn in the early hours of the following day.

Hospital bosses later admitted the baby would have been born alive had they treated her in a more ‘timely’ manner.

Miss Wilkins said: ‘Maddie’s death was recorded as unexplained but we know why she died – because the midwives didn’t do their jobs properly.

‘I’d had a perfectly normal pregnancy and didn’t expect any problems with the birth. But I was left for hours at a time. The hospital was very busy and I felt like they simply forgot about me.

‘Giving birth to my stillborn daughter was heartbreaking. I should have been taking her home with me, but instead she had to stay at the hospital in a Moses basket. It was awful.’

Maddie was delivered stillborn in the early hours of February 21. The results of a post-mortem examination said the 6lbs 14oz baby girl’s death was unexplained.

In a letter to Miss Wilkins, Cathy Smith, head of midwifery at the hospital, apologised and admitted: ‘Had your induction occurred more timely, Maddison would likely to have been born alive.’ She added that practices at the hospital had now changed.

Miss Wilkins – who has since had a son and daughter with her partner Dave Jackson, 45, – is sceptical. She said: ‘We were told that changes would be made and women would be properly monitored, but now it seems that never happened.

‘The hospital think they can say sorry and we should move on, but we can’t.’