A "SMIRKING monster" held a glass shard to a woman's throat in a terrifying sex attack days after being released from jail for tearing out a dying war vet’s oxygen tube.

Dean Norman, 34, was described as "dangerous" by a judge for sexually assaulting his latest victim after beating her unconscious in Carlisle. 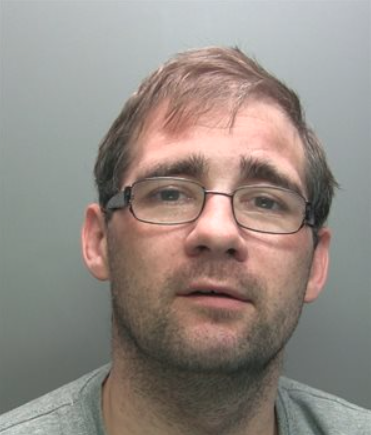 Cumbria Police said he had gone to the woman’s property and was invited in by her, "unknowing of his intentions having been asked if he could come in to dry his coat.

"Once inside the address he began his serious assault causing significant injuries to her head and face.

“Following the assault, the victim was left unconscious before Norman subjected her to a sexual assault."

Norman punched and stamped on his victim in her home on November 16, 2020, the Carlisle Crown Court was told.

The attack was so brutal that the woman said in a statement she was beaten "quite literally black and blue", reported BBC News.

She was left feeling "disgusting and devastated" after she "let a monster into my home".

"The memories of that night will never ever leave me. I will never be the same person again," the woman added.

Prosecutor Tim Evans told the court that Norman's victim "thought she was going to be killed".

He added: "From the way he was smirking, he seemed to be enjoying it."

This was a horrific attack, and the victim has shown courage and bravery throughout.

Fearing she would die during the vicious assault, she recalled praying "that if he was going to kill her, 'please let it be quick'," Mr Evans told the court.

Norman, who tried to rape his victim while clutching a shard of broken glass against her throat, threatened her, "say nothing or I'll get you", the court was told.

Before leaving the seriously injured woman he shook her hand and put the piece of glass in his pocket.

The court heard that while he initially denied the assault, DNA evidence at the scene of the crime proved he was the attacker.

He told a probation officer he had drunk four litres of vodka and taken crack cocaine before the assault.

Judge Richard Archer said Norman was a dangerous offender, and caged him for eight years.

He will be on the sex offenders' register for life.

After sentencing, the Cumbria Police said: “This was a horrific attack, and the victim has shown courage and bravery throughout.

“These offences have a lasting impact, but I hope today gives some closure to the victim and their family."

Norman tore out the oxygen tube from the mouth of the terminally ill army veteran after sneaking into his room in a 4am raid in Carlisle, reported the Daily Mail.

He pinned the man down by his throat, held his hand over the dying man's nose and mouth and pulled out the oxygen tube, so he couldn't breathe.

But Norman fled the house when the commotion startled the man's grandson, who chased him out of the flat.

He broke into two more homes, including one where a couple and their two-year-old daughter were asleep.

In 2013, during sentencing at Carlisle Crown Court, Judge Paul Batty described the attack upon the elderly man as "the worst he had seen in his legal career".