Saved by his iPhone! British snowboarder, 41, is rescued from crevasse in the Alps after clicking power button five times to activate safety feature

A personal trainer cheated an icy death while snowboarding on a glacier in the Alps – thanks to his smartphone.

Tim Blakey, 41, was using his snowboard off-piste, alone and at 10,000ft when he suddenly plummeted 15ft down a hidden crevasse.

It was only because he landed on a fragile snow bridge that he did not fall much further and die.

Even so, he was still on a rapid countdown to death until he realised that pressing the on/off button five times on the side of his almost out-of-battery iPhone would both call emergency services and give his location. 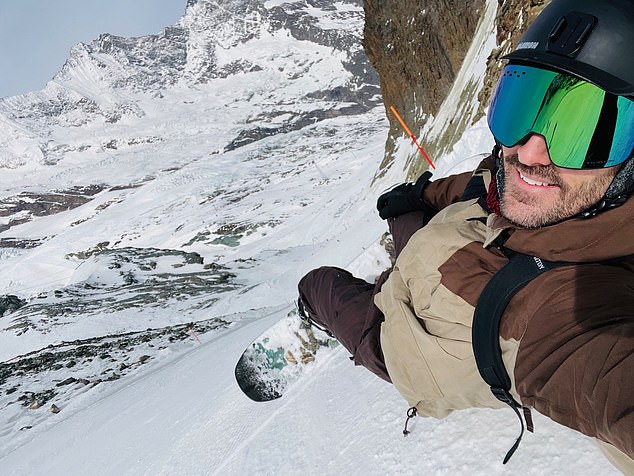 Tim Blakey, 41, pictured, was using his snowboard off-piste, alone and at 10,000ft when he suddenly plummeted 15ft down a hidden crevasse

Last night Mr Blakey, whose phone was on just 3 per cent when he fell through the 3ft wide crevasse, said: ‘I had a battery booster in my backpack and had to move very, very carefully to get it off and get it out. I had a 3G connection down there but needed it on long enough for them to locate me.

‘It was 20 minutes before I got hold of the emergency services and they told me not to move.’

After the call, he gingerly took photos of his precarious situation on a snow bridge that could give way at any time.

Apple’s emergency SOS feature is set up on all its iPhones. To use it, those with the latest models need to press the power button on the top right hand side five times in quick succession. 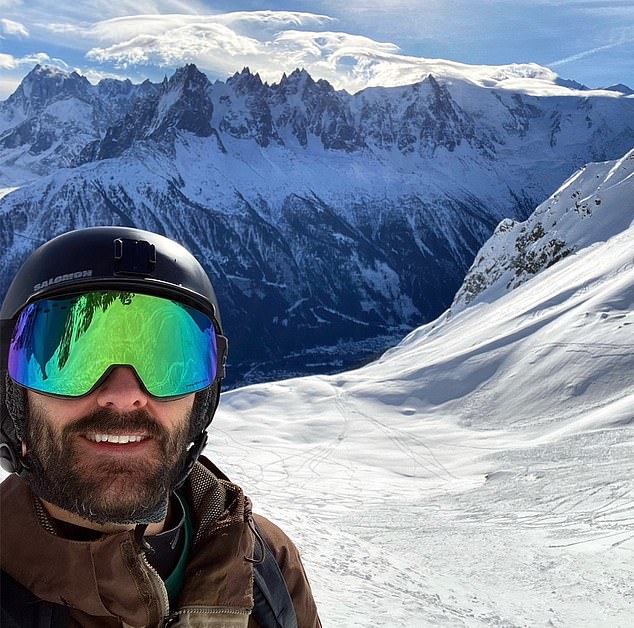 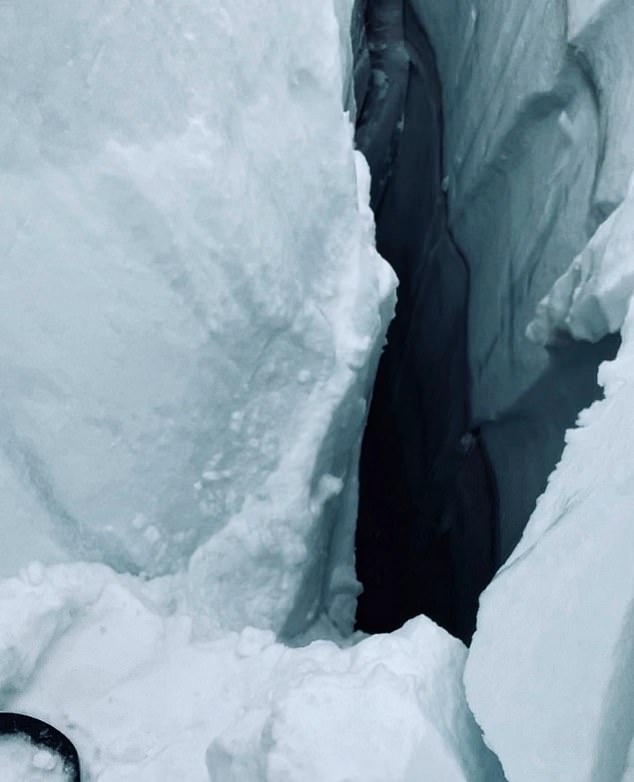 A screen then appears with an eight-second countdown asking whether users want to continue with the call.

Unless it is cancelled, it will automatically call the local emergency number.

After the call has ended, any emergency contacts set up in the phone will be sent a text as well as the caller’s location.

Rescue volunteer Michael Schwarzl, an Austrian, was at the ski resort of Saas-Fee, Switzerland, where he works as a guide when he received the emergency call giving Mr Blakey’s location. Mr Schwarzl, who led the rescue team, assessed the situation and summoned a helicopter to take them to the spot above Saas-Fee, near Zermatt.

After 45 minutes, Mr Blakey was on his way to hospital. A week on, the qualified physiotherapist and trainer was back home in London with only an injured ligament to an ankle, relieved to tell the tale. 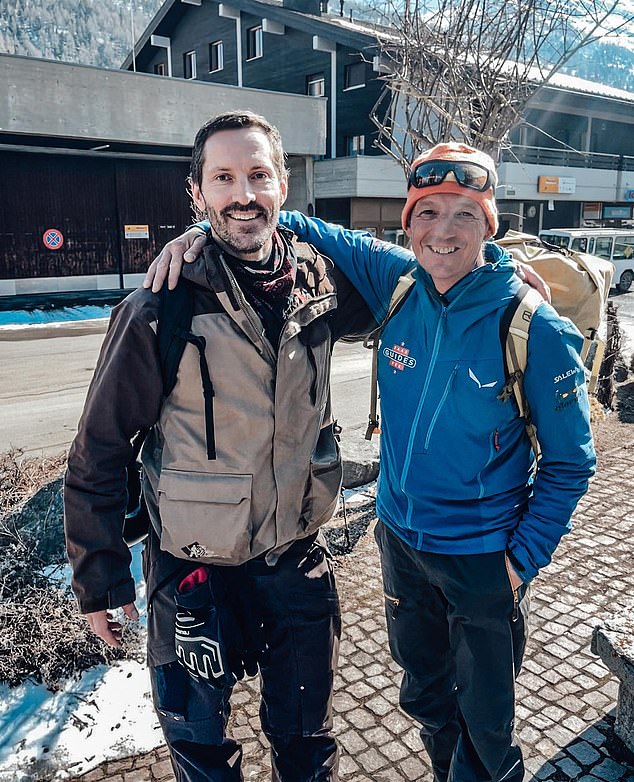 Rescue volunteer Michael Schwarzl, right, an Austrian, was at the ski resort of Saas-Fee, Switzerland, where he works as a guide when he received the emergency call giving Mr Blakey’s (left) location

Mr Blakey, originally from New Zealand, said on his Instagram account: ‘A week ago to this very minute my appreciation for life changed dramatically. Michael and his team quite literally saved my life. I am still clueless as to how I will ever repay him and the Swiss rescue services.

‘Seventeen years snowboarding and the majority of those times spending a lot of the time solo and off-piste. Never solo again.

‘The last thank you is to Apple [and] their side button five click to emergency services – especially great when your screen is constantly being dripped on.’

Mr Schwarzl, who has been a mountain rescuer for 25 years, said: ‘He was very lucky to have a phone signal. Three days later, I attended a similar rescue nearby, but the person fell 100ft and died.’

Related posts:
March 31, 2022 World News Comments Off on Snowboarder is saved by his iPhone after falling into crevasse in Alps
Celebrity News:
Jamie Lee Curtis Says a Minor Plastic Surgery Led to Her 10-Year Opioid Addiction
Mr Motivator held at gunpoint in terrifying home invasion in Jamaica
Dianne Buswell ‘would love to be with Joe forever’ as she talks marriage plans
Johnny Carson Said His Final Goodnight as Host of ‘The Tonight Show’ 30 Years Ago
Peter Pan's Arc in 'Rescue Rangers' Compared to Bobby Driscoll Tragedy
Recent Posts