The son of an FBI Ten Most Wanted fugitive sought for the “honor killings” of his teenage daughters has pleaded guilty to helping his father evade law enforcement for more than 12 years, prosecutors say.

Islam Yaser-Abdel Said, a 32-year-old from Irving, Texas, is now facing up to three decades in federal prison, according to the U.S. Attorney’s Office of the Northern District of Texas.

“Islam Said prioritized the whims of his father, an alleged killer, over justice for his own sisters,” U.S. Attorney Prerak Shah said in a statement. “Thanks to the dogged work of the FBI and its law enforcement partners, however, Mr. Said’s efforts were ultimately in vain.” 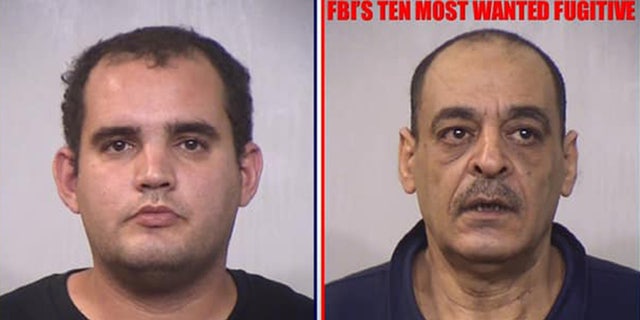 Yaser Abdel Said — a Texas cab driver — was captured in August 2020 after spending years on the FBI’s “Top Ten” list of most-wanted fugitives.

His wife, Patricia “Tissie” Owens, told Fox News that her 63-year-old husband had become upset after learning that his daughters Amina and Sarah, ages 18 and 17, respectively, had started dating non-Muslims.

Owens said the family was celebrating New Year’s Day 2008 when Yaser Abdel Said invited Amina and Sarah out to eat.

“I told him I wanted to go with him,” Owens said. “He said ‘No, I just want to talk to the girls and we’ll be back in a little bit.’  I didn’t think anything of it,” she said.

Yaser Abdel Said told Owens that he would be taking their daughters to a local Denny’s, but instead drove them to Irving, where he allegedly shot them inside his borrowed cab in what were described as “honor killings.”

‘THERE IS GOING TO BE JUSTICE,’ MOTHER SAYS AFTER YASER SAID’S ARREST

Honor killings are typically carried out on a family member who is thought to have brought dishonor upon relatives. These kinds of killings and violence, which typically see men victimize wives and daughters because of behavior that has somehow insulted their faith, are among the most secretive crimes in society, experts told Fox News in 2015.

“Cases of honor killings and/or violence in the U.S. are often unreported because of the shame it can cause to the victim and the victim’s family,” Farhana Qazi, a former U.S. government analyst and senior fellow at the Center for Advanced Studies on Terrorism, had said. “Also, because victims are often young women, they may feel that reporting the crime to authorities will draw too much attention to the family committing the crime.”

“Conspiring with his uncle, Yassein Said, Islam Said harbored his father, Yaser, inside an apartment in Bedford, Texas, where a maintenance worker spotted Yaser on Aug. 14, 2017,” the office said.

FROM POISONINGS TO BEHEADINGS, ‘HONOR KILLINGS’ IN IRAN GET A FRESH SPOTLIGHT WITH SOCIAL MEDIA

After that worker notified the FBI, Islam Said refused to cooperate with an agent dispatched to interview him and instead called his uncle to say “we have [a] problem,” according to prosecutors.

The office says Islam Said then “harbored his father inside a home in Justin, Texas that belonged to his cousin.”

“On Aug. 25, 2020 FBI agents observed Mr. Said and his uncle deliver grocery bags to the residence, then followed the men to a shopping center 20 miles away, were they dumped trash retrieved from the home,” the statement added.

Yaser Abdel Said, who is facing capital murder charges, will head to trial on Feb. 1.

Islam Said, meanwhile, will be sentenced on April 30, prosecutors say.