A cat was seemingly caught on security camera footage being followed by the ‘ghost’ of its feline friend.

Juliette Bird, 53, and her housemate Deanna Crawte, 28, received a notification from their security camera in in Essex on July 13.

But they did not expect to see their neighbour’s moggy Topsy being followed by what appeared to be a ghostly cat.

The eerie footage shows Topsy cross in front of the camera when a spectral figure seems to appear out of thin air behind the cat. 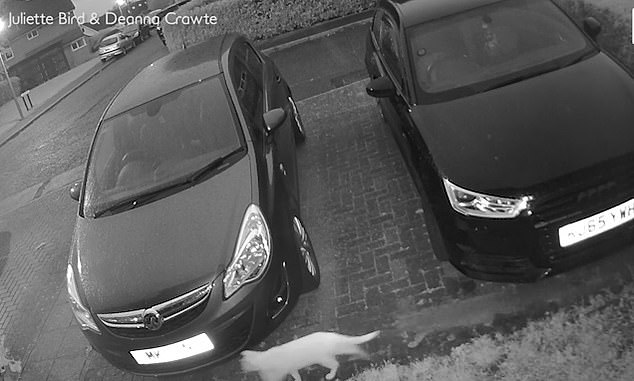 Juliette Bird, 53, and her housemate Deanna Crawte, 28, appeared to see a phantom cat following their neighbour’s moggy Topsy on their security camera in Essex on July 13 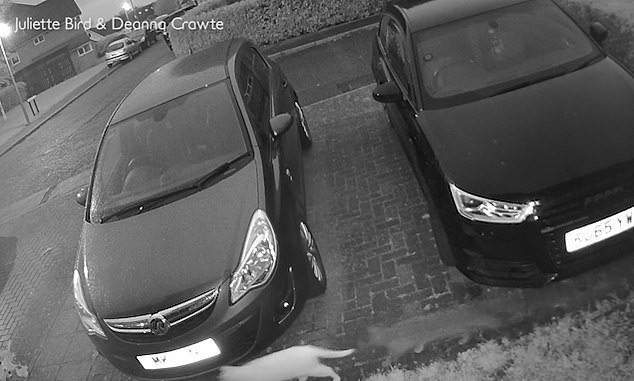 The women showed the spooky moment to their neighbour, who revealed to them that Topsy’s feline friend died recently, and the cat’s sister Tilly disappeared around six weeks ago

The spooky moment seems to show the phantom doppelgänger follow Topsy all the way out of the security camera’s view.

Juliette and Deanna decided to show their neighbour the eerie footage of the cat and the apparent ghost.

When showing the neighbour the video, they were told that Topsy’s owner had another cat called Liquorice, who died recently.

The neighbour added that Topsy’s sister Tilly had also disappeared around six weeks ago.

The video was posted on YouTube, where people responded in disbelief at the ‘nuts’ footage.

One user said: ‘Ohhh… sad and amazing at the same time. A see through Cat ghost.’