As one of the most celebrated footballers of his generation, Steven Gerrard amassed a fortune of more than £60 million – setting an example that appears to have rubbed off on his daughter, Lilly-Ella.

The 18-year-old is already one of the country’s most sought-after social-media influencers, earning tens of thousands of pounds thanks to the dedication of her 175,000 Instagram followers and her famous surname.

The eldest child of Liverpool legend Gerrard has at least ten deals with lifestyle brands, including the fast-fashion firm Boohoo. 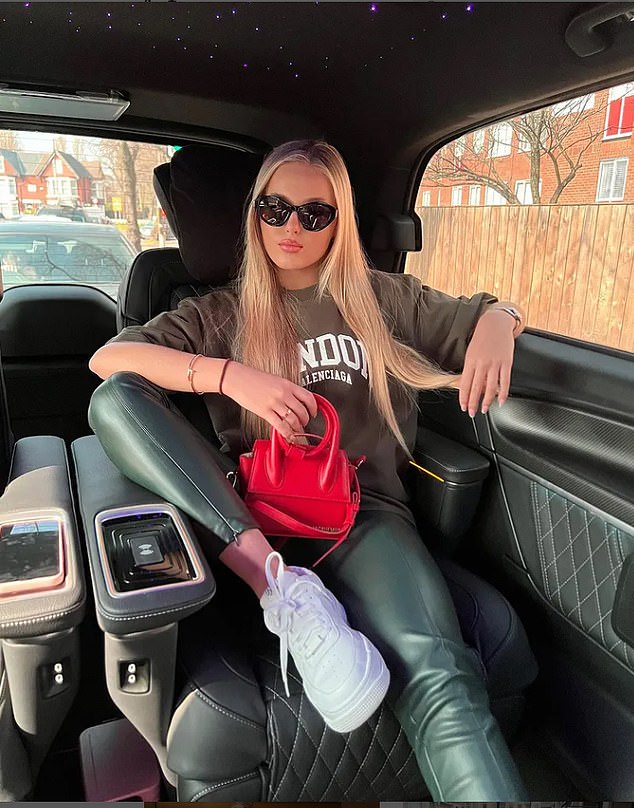 Lilly-Ella has deals with at least 10 lifestyle brands, as well as receiving gifts from many other companies

One industry insider said: ‘Lilly is the person so many brands are going to to plug their products. She has lots of followers, but more importantly the right ones – young, trendy people who are happy to spend.

‘The offers seem to be coming in fast and each one will be worth thousands of pounds. At this rate she will be making a lot of money. Being the daughter of a top footballer has its advantages.’

Miss Gerrard appears to revel in a party lifestyle. She regularly travels from her Liverpool home to London to dine at exclusive restaurants and shop at designer stores.

She and her family are on holiday in California, where her father, 42 – now manager of Aston Villa – once played for LA Galaxy. She has two sisters, Lexie, 16, and Lourdes, ten, and a brother, Lio, five.