A man who was a suspended ride-share driver when he preyed on and sexually assaulted two vulnerable women in his car has pleaded guilty to rape and other charges.

Sharjeel Mirza attacked the women across a four-month period in 2019 when giving them lifts in his car after they had been at nightclubs. 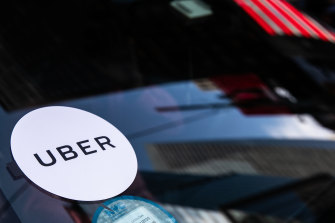 Sharjeel Mirza drove with an Uber sticker on his car despite being suspended following complaints of inappropriate conductCredit:Bloomberg

Mirza, 38, on Tuesday pleaded guilty to rape and two counts of sexual assault over the attacks on March 10 and July 12, 2019.

In the first incident, Melbourne Magistrates Court previously heard Mirza gave a lift to a young woman who had been ejected from a Melbourne nightclub, and that he sexually assaulted her and digitally raped her.

Four months later, he sexually assaulted a woman in her 30s who was a passenger as he drove through Coburg. She had been at a birthday party and then gone to a nightclub.

A bail application for Mirza last year was told that in 2019 he drove with an Uber sticker on his car despite being suspended by two ride-share companies, Uber and Ola, following complaints of inappropriate conduct made against him by passengers in 2018. Those passengers did not contact police.

Mirza was refused bail last year. On Tuesday prosecutors withdrew seven charges against him when he pleaded guilty to three.

Magistrate Andrew McKenna ordered the father of two from Bundoora to remain in custody and appear before the County Court for a plea hearing on August 5.

If you or anyone you know needs support, you can contact the National Sexual Assault, Domestic and Family Violence Counselling Service on 1800RESPECT (1800 737 732).

Related posts:
June 1, 2021 World News Comments Off on Suspended ride-share driver admits sexually assaulting two women
Celebrity News:
Zach and Tori Roloff: When Might They Leave Little People, Big World?
Princess Charlene will not return to Monaco for her tenth wedding anniversary
'Heroes': The Original Pilot Was 'Too Controversial' to Air
Kim Kardashians Daughter Chicago Gets Caught Trying To Sneak Off With Mommys Designer Bags
Britney Spears wants freedom: What is conservatorship? Why would someone need a conservator?
Recent Posts