And, in a further blow to the chances of airlifting more vulnerable Afghans to safety, the Taliban issued a chilling warning to the West not to stay longer.

The Prime Minister spoke directly with the President last night. And today – at a virtual meeting of G7 leaders – he will join French president Emmanuel Macron in urging Mr Biden to push back his deadline for Americans soldiers to leave.

Downing Street said Mr Johnson and Mr Biden had last night discussed the evacuation but gave no indication of any breakthrough. 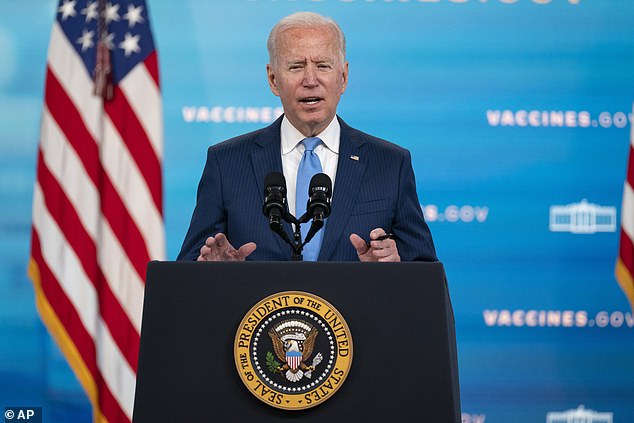 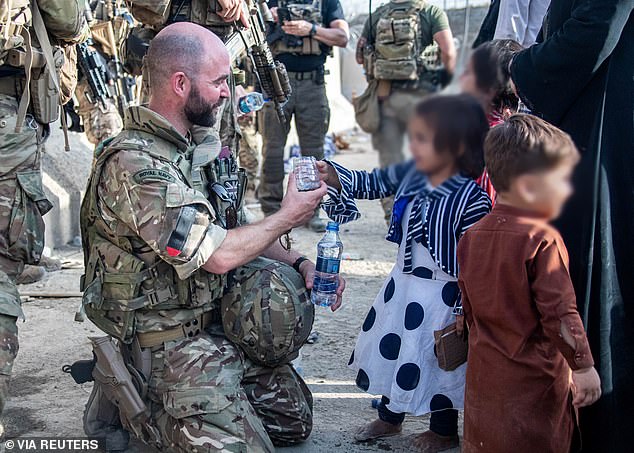 And the chances of an extension to the deadline appeared to be receding as Pentagon chiefs insisted they were ‘focused on getting this done by the end of the month’.

White House national security adviser Jake Sullivan said the President was ‘taking this day by day’ and will make his decision on an extension ‘as we go’.

But he insisted the President still believes ‘we have time between now and August 31 to get out any American who wants to get out’.

Yesterday, the Taliban warned that any Western military operation in Afghanistan that continued into September would breach a ‘red line’ and would ‘provoke a reaction’.

Suhail Shaheen, a spokesman for the militants, told Sky News: ‘If the US or UK were to seek additional time to continue evacuations – the answer is no.

‘Or there would be consequences. It will create mistrust between us. If they are intent on continuing the occupation, so it will provoke a reaction.’

In a further warning, a senior Taliban commander last night told the Mail: ‘If American troops… can’t leave on [the] agreed deadline then they will face the consequences. Our fighters are ready to deal with them.’ 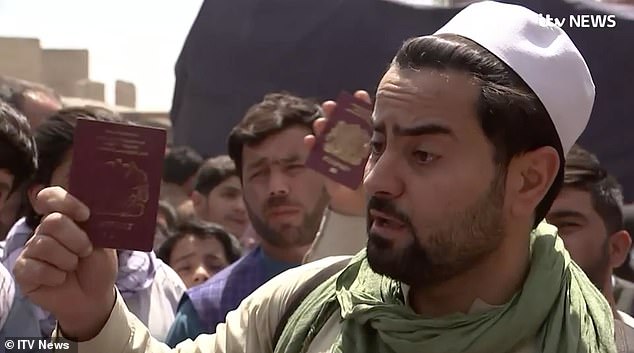 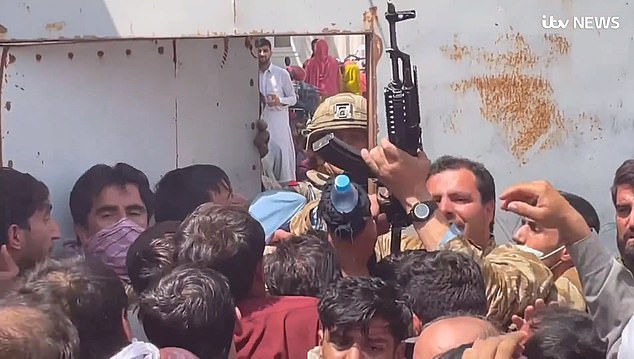 Zakia Khudadadi, 23, would have been the first female to represent Afghanistan at the Paralympics

It emerged last night that Western powers are negotiating with the Taliban on the possibility of civilian flights being used in the evacuation, even if the military flights stopped.

German foreign minister Heiko Maas said: ‘We are holding talks with the US, Turkey and other partners with the goal of allowing the airport to continue to operate a civilian operation to fly these people out.’

Germany will ‘also continue to talk to the Taliban about this and will do this after the withdrawal of US troops’, he added.

Defence Secretary Ben Wallace said: ‘I don’t think there is any likelihood of staying on after the United States.’

Armed Forces minister James Heappey conceded that the Taliban ‘gets a vote’ on the evacuation deadline.

‘We have the military power to just stay there by force, but I don’t know that the humanitarian mission we’re embarked on… is helped by Kabul becoming a war zone,’ he said.

Asked about the Taliban spokesman’s remarks, the Prime Minister’s spokesman said: ‘I don’t think we’ve had any direct communication to that end.’

He added that ‘discussions on the ground’ have been held with the Taliban over extending the deadline.

Pentagon press secretary John Kirby said: ‘We’re focused on getting this done before the end of the month.’

But he said the US would ‘absolutely consider the views’ of allies.