Teenage rapper, 19, who stabbed a gang rival, 21, to death at Brent Cross shopping centre is jailed for 14 years

A teenage rapper who stabbed a gang rival to death at Brent Cross shopping centre has been jailed for 14 years today at the Old Bailey.

YouTube rapper Bhoniefas Rexson, 19, fatally stabbed 21-year-old Gedeon Ngwendema in the chest on May 4 last year after seeing him in the north London ‘by chance’.

The ‘committed’ gang member, who appeared in four YouTube music videos, had admitted manslaughter and possession of a knife.

Today he was jailed at the Old Bailey for 14 years with a further four years on extended licence.

Rexson had previous convictions for robbery and having a lock-knife and Rambo-style blade, the court was told.

At the time of the killing, he was also on police bail on suspicion of murder, the court was told.

Judge Anthony Leonard QC said the ‘appalling’ violence in front of adults and children at Brent Cross came after Rexson told a friend at Wormwood Scrubs prison he was looking for a knife ‘for the ride’. 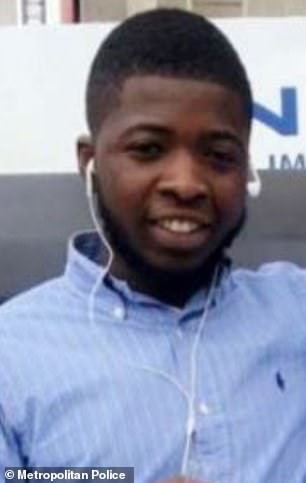 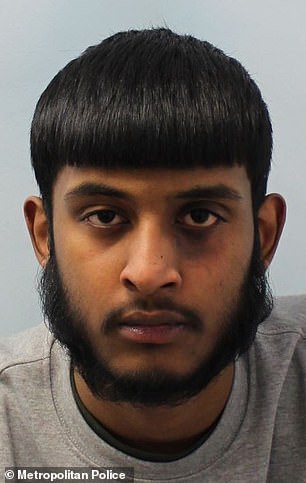 YouTube rapper Bhoniefas Rexson, 19, (right) fatally stabbed 21-year-old Gedeon Ngwendema (left) in the chest on May 4 last year after seeing him in the north London ‘by chance’

The teenager searched the internet for a shop selling knives and, less than 35 minutes later, had one tucked into his tracksuit bottoms in the busy shopping centre.

The Thugs For Life gang member came across the victim, who was associated with the rival A9 gang, outside a JD Sports shop ‘by chance’.

During a brief confrontation, Mr Ngwendema was stabbed in the chest, with the blade piercing his heart.

He stumbled towards Marks and Spencer and collapsed on the concourse where he died.

He was heard by shoppers to say: ‘I’ve been duked (stabbed). Someone get me an ambulance.’

Rexson ran back into JD Sports and, when detained by security guards, claimed it was ‘mistaken identity’.

Following his arrest, he dropped the 6cm-long lock-knife down a drain at a police station, from where it was later recovered.

Judge Leonard said Rexson was a ‘committed and active’ member of Thugs For Life and operated the gang’s Instagram account, which featured people with guns.

He also ran a Snapchat account and featured as a named artist in YouTube music videos with violent lyrics.

The judge also referred to statements from Mr Ngwendema’s family describing him as having a ‘heart of gold’.

Rexson, of Kingsbury, north-west London, had admitted manslaughter by loss of control because he was in fear of being attacked. 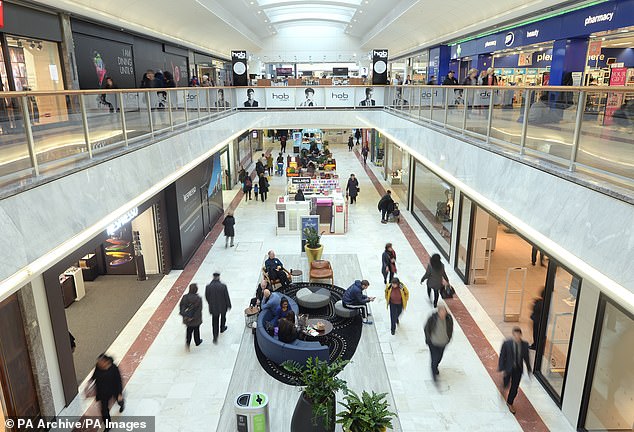 Judge Leonard told him: ‘I accept you have been subject to attacks in the past with serious violence – this is inevitable as a gang member.

‘There is no evidence the deceased was responsible for that violence.’

The judge sentenced Rexson to 10 months in jail for possession of the blade to run concurrently with the manslaughter sentence.

He ordered a charge of murder to lie on court file, after the lesser plea was accepted by the Crown.

Detective Chief Inspector Linda Bradley, of Scotland Yard, said: ‘There are clearly no winners in this case. The tragedy of Gedeon’s death has remained with me throughout this investigation, and again today I wish to express my team’s heartfelt sympathies to his family.

‘Rexson has also paid a significant price for what he has admitted was a loss of control. There is no doubt in my mind that his gang lifestyle was the reason for his appalling actions that evening.

‘I also want to pay tribute to the security staff and management of the Brent Cross Shopping Centre, for their initial response to the incident and subsequent support for the investigation. I am very grateful to them.’