Our team is dedicated to finding and telling you more about the products and deals we love. If you love them too and decide to purchase through the links below, we may receive a commission. Pricing and availability are subject to change.

If you recently had to reschedule a trip to Disney World or Disneyland due to the current global pandemic, I feel for you. There’s nothing more exciting and memorable than a trip to one of the Disney Parks with kids, family or friends.

While you can bring one of the Disney Parks’ most famous breakfast meals to your homes thanks to this adorable Mickey Mouse waffle maker, you can now experience a sliver of both Walt Disney World’s and Disneyland’s heartwarming magic.

A very special edition of Monopoly allows you to relive some of Disney’s most popular park attractions, including Sleeping Beauty’s castle, Toy Story Land, Star Wars: Rise of the Resistance and more. The Disney Parks Theme Park Edition Monopoly game is like no other game of Monopoly you’ve ever played.

While I’ve recently discovered a newfound love of the classic board game while sheltering-in-place, you better believe I ordered the Disney Parks edition immediately when I saw it was finally back in stock on August 19 after it quickly sold out in May. But you’re not going to wait — it’s likely to sell out again. 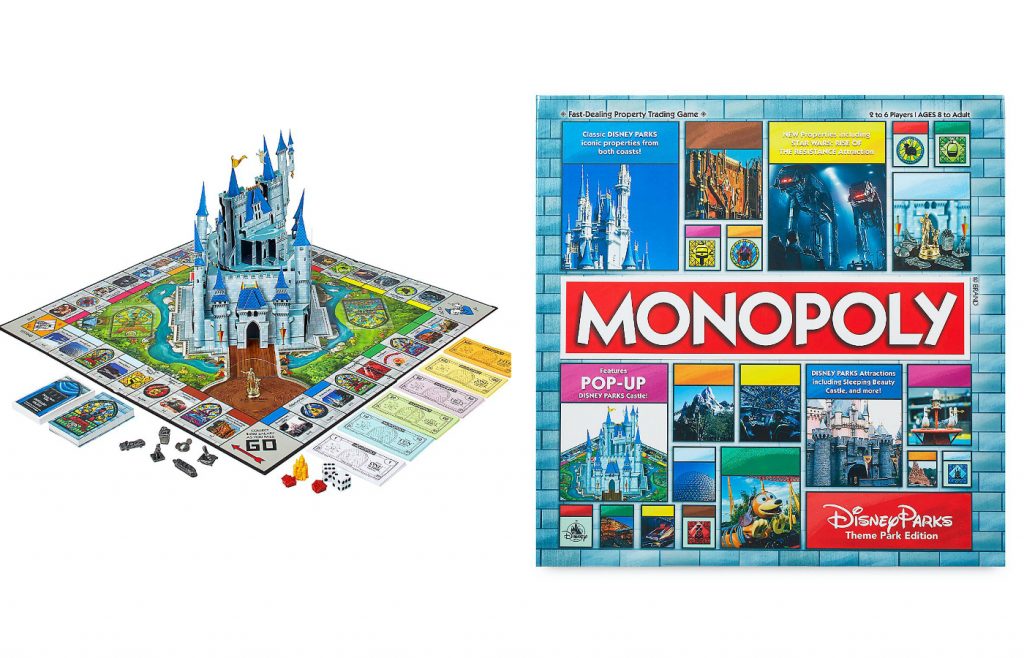 Not only does the game feature six brand new tokens, including the famous Mikey Mouse ear hats that you can buy at the parks and Cinderella’s glass slipper, but in the middle of the game board, there’s a pop-up Fantasyland castle that’s complete with the statue of Walt Disney and Mickey Mouse.

Plus, more of the game’s classic pieces have been revamped Disney-style: You’ll pay with “Disney Wishes” instead of money, Toontown Houses and Castles replace houses and hotels and Magic and Fantasy cards replace Chance and Community Chest. 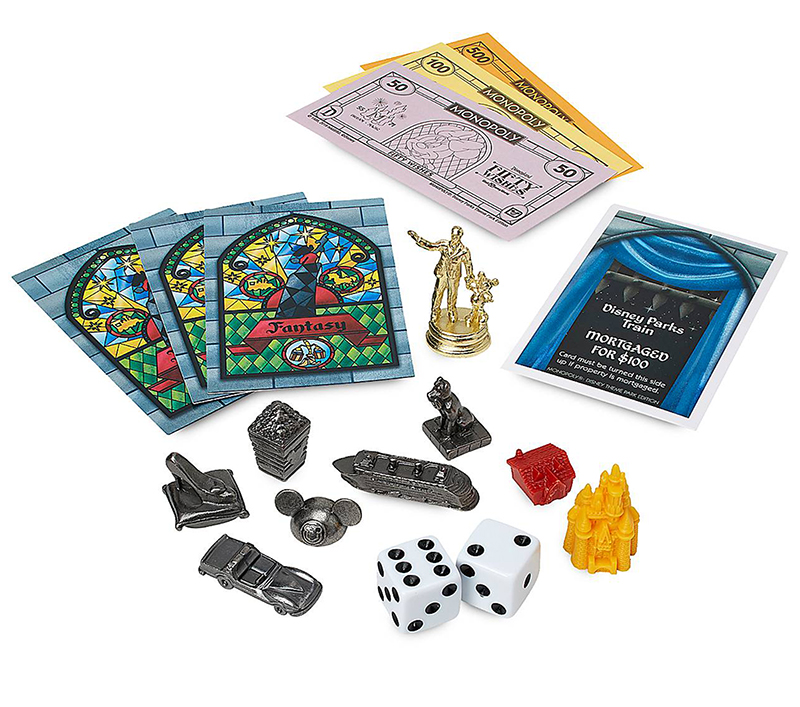 The rules of the game are the same as any Monopoly edition, but as you move along the board, special properties aka rides are now for sale, including ones from both Disneyland and Disney World such as Space Mountain, The Haunted Mansion, Disney Skyliner and more.

Because one game of Monopoly can draw out for hours, this Disney Parks edition features a 60-minute speed play option in case you’re playing with kids.

And if Monopoly isn’t your favorite board game to play, don’t worry. Disney also offers a Disney Theme Park Candyland Game and The Game of Life The Haunted Mansion edition. Or maybe this Disney Parks Castle wooden puzzle is more your speed.

Whatever Disney game you choose, it’ll surely create lasting memories with whomever you play with and still bring that Disney magic inside your home.

If you liked this story, you might like to read about how Disney is now selling cloth face masks, including a Baby Yoda version.

More from In The Know:

Subscribe to our daily newsletter to stay In The Know

Complete your WFH setup with this $52 office chair

Nordstrom has face masks that are selling out fast

The post The Disney Parks Monopoly game that sold out almost instantly is finally back in stock appeared first on In The Know.

Related posts:
August 19, 2020 World News Comments Off on The Disney Parks Monopoly that sold out almost instantly is finally back in stock
Celebrity News:
Lauren Ambrose Tapped for Regular Role on 'Yellowjackets' Season 2 as Adult Van
Britney Spears Hits Back Ex-Husband for Saying She Hasn’t Seen the Boys for Months
Strictly Come Dancing signs Loose Womens Kaye Adams as fourth 2022 contestant
Jamelia pregnant! Star shares baby news with beautiful pics alongside her 3 daughters
Love Island winners Davide and Ekin-Su on cloud 9 as they arrive back in the UK looking happier than ever
Recent Posts