‘This time it feels very different’: Kate and Gerry McCann have had their hopes raised so many times but their close adviser CLARENCE MITCHELL believes the latest development in Germany could be significant

For Kate and Gerry McCann there have been many heart-stopping moments since their three-year-old daughter Madeleine went missing from their holiday apartment in Portugal 13 years ago.

Countless times their hopes have been raised over the years, but nothing has brought them any closer to solving the mystery of their daughter’s disappearance – or ending their pain.

Ever since that terrible night of May 3, 2007, it’s been a rollercoaster of alleged sightings around the world and tip-offs, most of which, while well-meaning, have not been accurate. 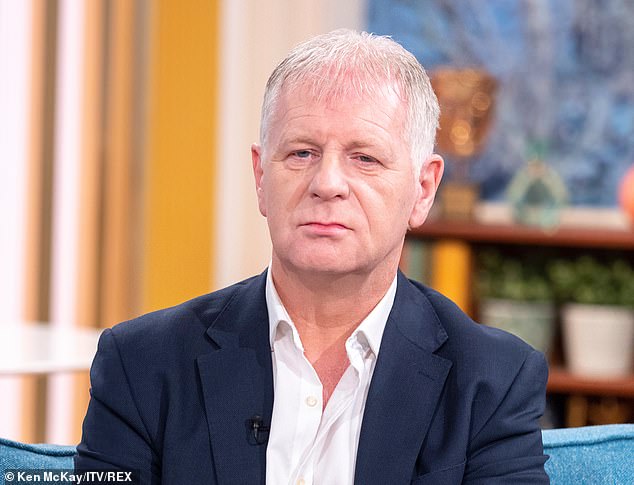 Clarence Mitchell (pictured), the spokesperson for the McCann family, discusses how Kate and Gerry McCann are feeling following the latest news regarding the disappearance of their daughter Madeline in 2007

We’ve had a plane with engines running, ready to recover a child who turned out not to be Madeleine and hundreds, if not thousands, of psychics telling us where she is. None of it has come to anything.

The situation goes quiet for a long time, then comes back with the force of a train.

With the manic events of the past 36 hours, you could say we have been here before – but this time something feels very different.

This is the first time I can recall the police, not just in one country but three, targeting a specific, identifiable individual: a 43-year-old German itinerant who was living in Praia da Luz when Madeleine vanished.

For the first time detectives are asking very specific, detailed questions about one person’s activities, his vehicles and his phones.

Let’s bear in mind he may still be ruled out, but we have never had that degree of focus before which makes it feel more significant. 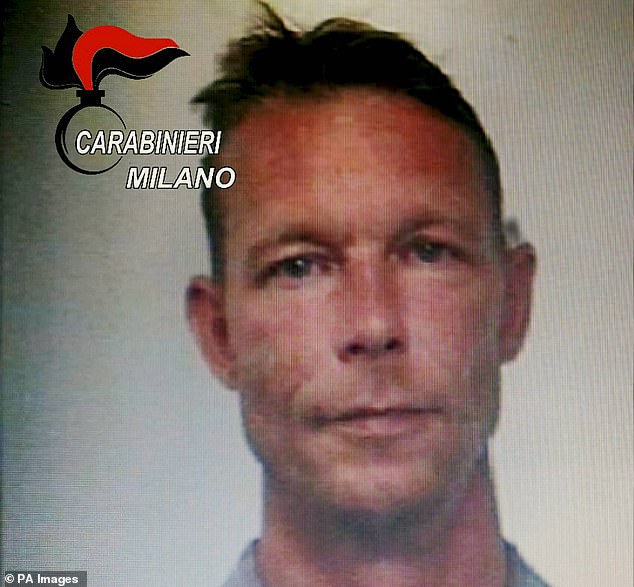 Kate and Gerry have known for some time about this new lead. They knew it would cause something of a storm, which it has. They were told by the police not to tell anyone. They didn’t, not even their wider family, so the appeal would have maximum impact.

The Germans are treating this as a murder investigation, but have made it quite clear they don’t have any evidence to prove the worst has happened.

The British police are keeping an open mind and are still treating it a missing person investigation, as are the Portuguese.

Kate and Gerry have never given up hope, even with the latest developments, that Madeleine might still be found alive.

Only when they are presented with incontrovertible evidence to the contrary will they accept that the worst has happened.

Sometimes Kate asks me ‘am I wrong to keep hoping?’, and I tell her: ‘No, you are not.’ There was a child recovered in China last month after being missing for 33 years. It happens.

I still believe it’s possible, but with this suspect’s criminal convictions, including sex offences, there is always that terrible thought in the back of your mind.

Unfortunately, Kate and Gerry have known the risk of Madeleine being the victim of this type of crime from day one, but they are resilient enough to understand that without going to pieces.

That gives them strength, so whenever a gruesome headline appears they are expecting it.

Like everyone they have good and bad days, Kate particularly, but they are fully aware and realistic about the awful possibility of what might have happened.

They just want to know the truth and whoever was responsible to be held to account and face justice.

They need to know what happened to their daughter because they need peace. 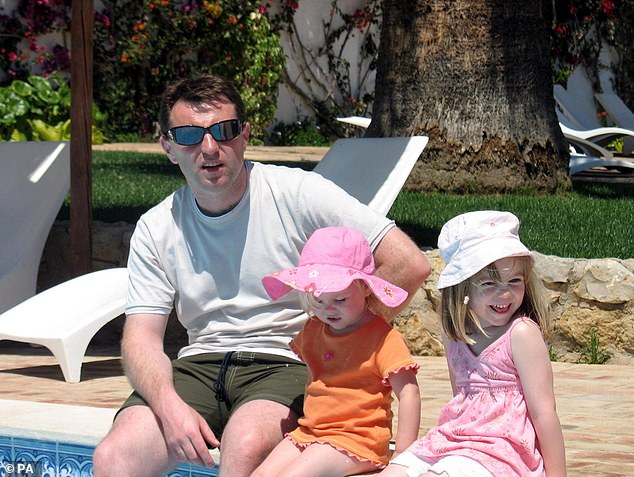 Their last day together: Madeline (right) pictured with father Gerry (left) and sister Amelie (middle) on the same day she went missing

I first met the McCanns two weeks after Madeleine’s disappearance. I was working as a civil servant for the Cabinet Office; having been a BBC journalist for 20 years, I was seconded by the Foreign Office to help them deal with the media.

I first met Gerry when he came back to Britain to get some of Madeleine’s belongings to help with DNA profiling. I was introduced to him at a police station in Leicestershire and we went back to Portugal together. I met Kate the next day.

It was a surreal time. It was so long ago now but in many ways still feels like yesterday.

Of course there was a professional detachment, but as a father to three young children I could feel a certain degree of sympathy and understanding for them.

Sending out videos and pictures, I felt I almost knew Madeleine as well, and yet she was a girl I had never met.

Because I’d had assurances from the authorities that they were innocent parties in a rare case of stranger abduction – and I could see they were from everything they said and did, and how they reacted to everything – I thought there was also a moral case here to help a family in obvious crisis.

Such was the scale of the story, it was a cycle of madness that snowballed along and negative stories gained traction very quickly. In 2007 social media was only just kicking off.

Public opinion hardened the moment it was reported Gerry and Kate had been dining with friends in a tapas restaurant when Madeleine was abducted from her bed a few metres away, while her twin siblings Sean and Amelie slept.

Instantly, there was judgment that they were somehow neglectful and had let their daughter down, but the reality of the situation is that their checking system – with adults going to see the sleeping children every 20 or 30 minutes – was better than anything that could have been offered by the holiday centre.

I could see they had done their best under the circumstances, made a judgment. They fully accept that due to a billion-to-one chance they’d got it wrong. That’s something they are going to have to live with for the rest of their lives. They have always said that.

The fact is they did not think it any more dangerous than having dinner in the garden while their children slept in the house. The restaurant was far closer to the apartment than aerial photos in the media suggested, and they had a clear line of sight to the French windows.

But I could see in private moments the real pain, upset, anger, hurt and distress which people weren’t seeing outside.

All they were seeing of Kate and Gerry was when they made an occasional statement – and then they were accused of being cold and aloof. 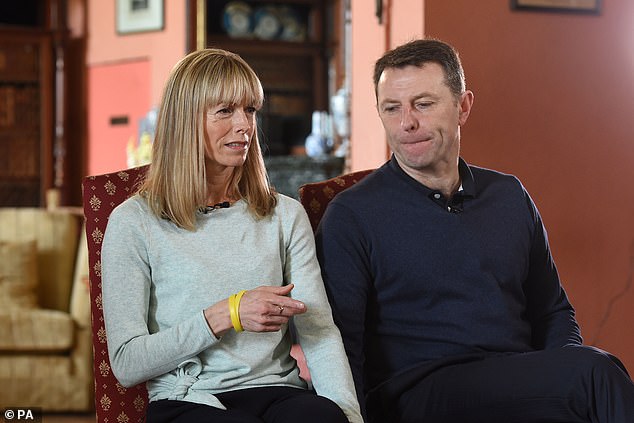 That was because they were told not to show, if possible, any overt emotions, because (I am sad to say) some offenders who commit these sorts of crimes can get a perverse kind of kick out of seeing the distress they have caused the parents of the children they have taken. Because they both Kate and Gerry were doctors, they took that very seriously.

I got to know them as friends and knew they were innocent of any involvement. I could see the way they had been traduced and the pain that caused them, quite apart from the loss of Madeleine. I felt very sorry for them.

So it was a calculated risk when I quit my civil service job to work for the McCanns. Madeleine could have been found the very next day and I would have been out of work – but I also wanted to do it on a personal level, to act as a fire shield for them.

I could see they needed help and I was proud to be able to give it. I have continued to work for them ever since, lately pro bono.

Despite all they’ve been through they are two very strong characters. It’s often said that something like this can tear a couple apart, but in this case it has brought Kate and Gerry together more strongly, partly for Madeleine’s sake but also to focus on their twins Sean and Amelie, who were very young at the time.

Kate threw herself into looking after the twins and eventually stopped her medical work to look after them full-time, though she does do a little bit of voluntary work with people with dementia. She is also an ambassador for the charity Missing People.

Gerry is very practical. He threw himself into his job as a cardiologist and he is the breadwinner.

When I first started working with them I never imagined that Madeleine’s disappearance would remain unsolved after 13 years. Obviously you hope it will be solved in one day, and we always said ‘all it takes is one phone call’.

They very much welcome this new appeal for information around this individual. It would be fantastic news and a right and happy result if Madeleine were still found alive, but, whatever the outcome of this latest development, essentially Kate and Gerry just want to know the truth about what happened to their daughter.

Related posts:
June 5, 2020 World News Comments Off on The McCanns' close adviser believes latest development could be key
Celebrity News:
Caitlyn Jenner Claims Her Kids Were ‘Scared’ For Her When She Revealed Her Bid For California Governor
The young mum-to-be treated like a criminal for having a dying foetus
Ivanka Trump Hits Her Son, 5, In The Face With A Surfboard During Private Mother’s Day Lesson — Pics
Michael B. Jordan Reveals His Plan For Having Kids Amid Lori Harvey Romance — Watch
'Prodigal Son' Canceled at Fox After Two Seasons
Recent Posts