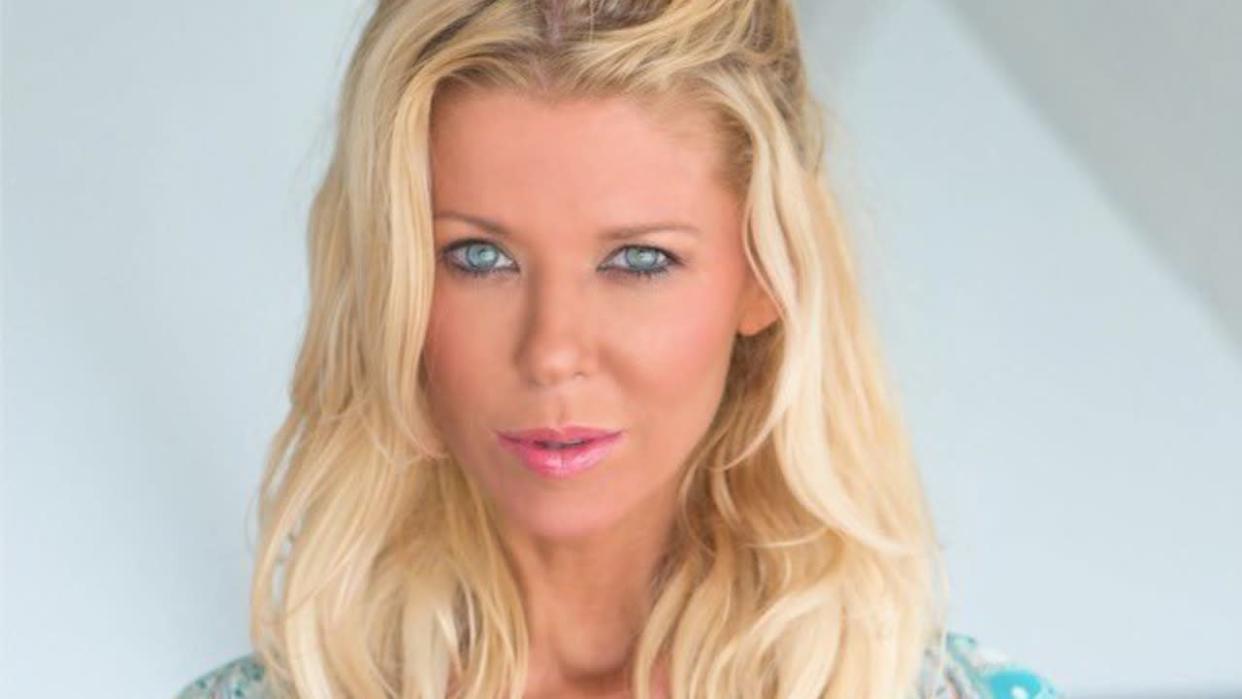 When asked what advice she would give her 20-year-old self, Tara Reid barely skips a beat: “Stay home.” Reid laughs, but it’s a laugh that feels loaded.

It was after her breakout success in turn-of-the-millennia films such as “The Big Lebowski” and “American Pie” that Reid found herself at the center of rumors about her partying. By the mid-aughts, she had become a tabloid staple alongside other women thrust into the public eye, such as Britney Spears, Paris Hilton and Monica Lewinsky, their lives and bodies endlessly dissected on the then-still nascent internet.

“There was a part of me that kind of got circled in that circle,” Reid acknowledges. “[But] I never got arrested, never did a sex tape, never did anything really wrong except have a good time.”

This was an era before celebrities had social media to set the record straight, and Reid found the rumors difficult to shake. She admits the coverage was hurtful — “You go home and cry a lot” — but bats away any opportunity to indulge in self-pity. Asked if she feels she was treated unfairly by the media, for example, Reid replies: “I think I was misunderstood.” (When pressed, she confirms she’s never received an apology from blogger Perez Hilton, who was one of her most vocal critics, adding: “I don’t really care to get one from him, to be honest.”)

Despite the negative reports, and the collateral damage they possibly did to her career, Reid has worked consistently over the last three decades; on her IMDb page there is barely a year that’s gone by without appearing in one project or another. Reid says she has never considered walking away from the industry altogether. “No, I mean, there’s an old saying: ‘Once you’re in Hollywood, you never get the taste out of you,’” she says. “I’ve taken a break before and stepped out of it. But once it’s in your blood, it’s always in your blood, you can’t help it. And no matter what, it’s my true love. I love acting.”

The pandemic is proving to be Reid’s busiest period yet, with 16 films currently in pre-production and two shooting. She also has a slew of projects that have wrapped. Crucially, Reid is billed as an executive producer or producer on many of them, giving her the opportunity to regain some control over her career. “I finally decided, I’m not going to wait for people to cast me, I’m going to start casting myself,” she explains. “I’m going to make my own destiny, my own future.”

As Variety exclusively revealed earlier this year, among the films Reid is both producing and starring in are spy thriller “Cold Sun,” in which Reid is set to play an undercover agent gone rogue, and “Sheila,” billed as a “modern-day ‘Psycho,’” in which she will play a chain-smoking former bikini model with a passing resemblance to Bunny Lebowski.

One of the projects Reid is most looking forward to is a feature called “Masha’s Mushroom,” co-starring Vivica A. Fox and Beverly D’Angelo, in which she plays a workaholic mom who sets out to throw the world’s best party for her daughter before accidentally sending all the guests on a drug-induced trip. Reid plans to make it a five-picture franchise. “I’m pretty good with franchises, if you look at the American Pie franchises and you look at the Sharknado franchises,” she says, referencing the (seven) campy made-for-TV shark movies that briefly re-ignited Reid’s career between 2013 and 2018.

“When it’s in your control, you can make things happen because no one’s going to work harder than you for yourself,” Reid explains of developing her own film and TV ventures. “And so I feel like I created my own narrative. I’m in a great space right now and it’s a very exciting time in my career.”

Another project, which hasn’t yet been announced, is tentatively titled “It Girls” and loosely based on Reid’s own experiences in the industry. It will revolve around a trio of female friends — an actor, a socialite and a singer — and the juxtaposition between their public lives and their private ones. “It’s going to show you that they do have struggles,” Reid says. “Like, they might have issues with their mom or their boyfriend or with the paparazzi and celebrity and all that.” Reid is quick to clarify that the show, which she says is like “Gossip Girl” but darker, is more about Hollywood in general than her life specifically.

She does, however, harbor dreams of making a biopic. “Eventually I want to do my own real narrative,” Reid says, slipping into the third person when she says she would want to show the Reid-inspired protagonist’s “real side that hurt because she wouldn’t understand what’s really happening, why [her] career is not going further.”

It’s hard not to see Reid’s intensive work schedule — as well as her desire to reclaim her narrative via her work – as a reaction to her past experiences. “I think definitely I’m making up for lost time,” she says, although it’s unclear whether she’s referring to momentum lost to the pandemic or to tabloid speculation. She admits, though, that her biggest challenge has been “to get back [to where I was] in the ’90s, like the cover of Rolling Stone, all that great stuff.”

“Being judged as being 21 when I’m 46, that’s been the hardest part,” Reid explains. “To say, ‘Hey, here I am. I’m a woman, I run businesses.’ I think that you’re gonna see really a lot this year, and it’s exciting to feel it, to have everyone kind of rooting for you this time. And I really hope that will come through in every way.”

Does she want the same opportunity for re-appraisal that the media has given some of her contemporaries, like Spears and Lewinsky? “I mean, it would be nice if people want to do something like that, but I don’t need it,” she says. “I’m not gonna ask for it. I mean, that was [Britney’s] fans coming to her saying, ‘Free Britney.’ I don’t need to be freed, I’m free by myself, you know? So if people want to say whatever, it’s a compliment, but if not I’m [as] good as a bird. I’ll always have my wings.”