A church yard has fallen silent for the first time in 1,000 years after the bell of England’s smallest church was stolen.

Bremilham Church at Cowage Farm, Malmesbury, Wiltshire  was robbed of its 300-year-old brass bell on the night of February 26 and 27.

The church, which measures just 10ft by 11ft, only has room for ten worshippers and holds a Guinness World Record for being the smallest in England. 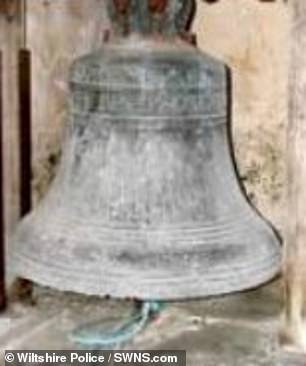 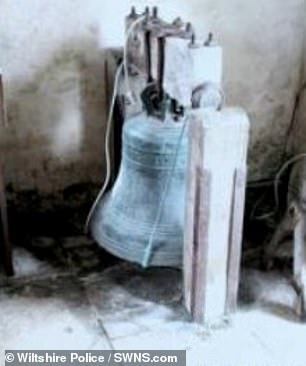 There has been a chapel on the site since 1179 but the current building dates from the 15th Century and is Grade II listed.

Wiltshire Police said the bell was around 3ft high, weighed 100kg and was mounted on an oak beam.

The farm’s Thomas Collins found the church door swinging open in the wind.

‘The smallest Church in England current has no bell!!’

Speaking later, he said: ‘There’s only one bell like it. We are all a little bit poorer for losing it.

‘It’s not a chance thing, you have to know it’s there.

‘It’s nearly 300 years old and it’s gone and we’re never going to get that bell back. It’s that sad, really. We’ve lost a little bit of heritage.’ 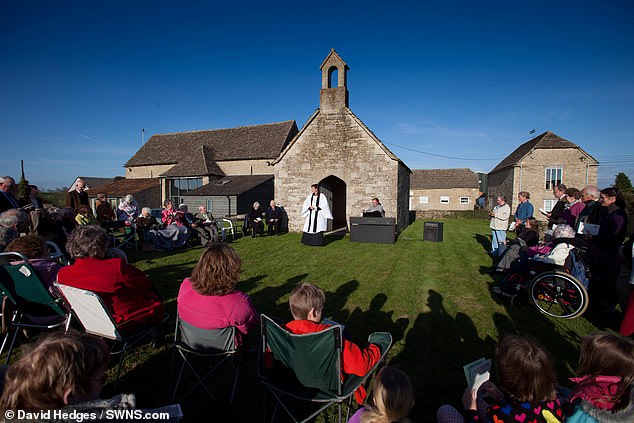 The church only holds one service a year on Rogationtide, the sixth Sunday of Easter.

Thomas said he wished the thieves had gone for tiles or lead as those can at least be replaced – unlike the bell.

When Mr Collins posted the story about the loss of the bell on his Facebook page friends rushed to condemn the thieves.

Mary Calderbank described the thieves as ‘the scum of the earth’. 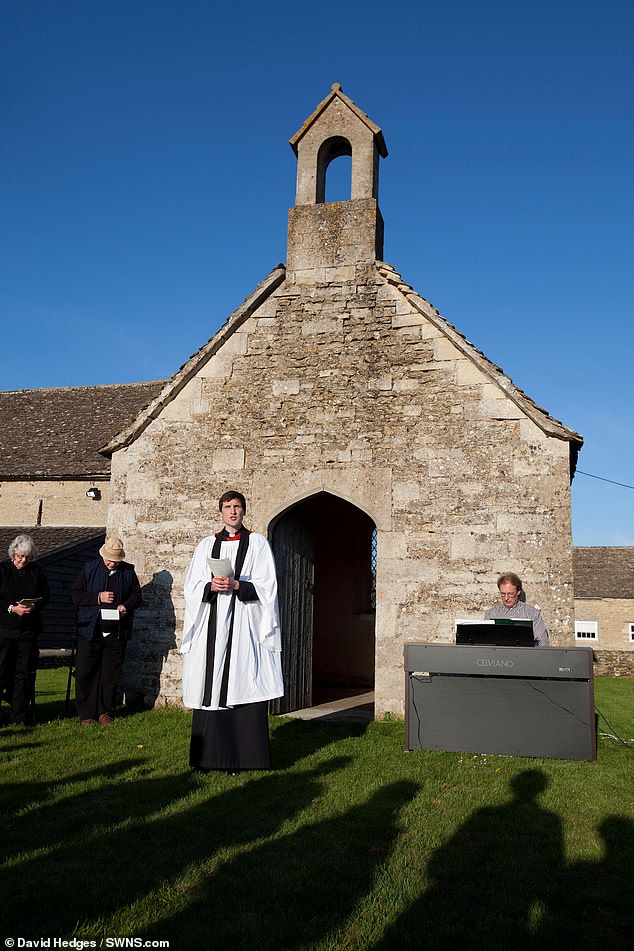 The church only holds one service a year on Rogationtide, the sixth Sunday of Easter

Rose Clark agreed, and said: ‘They couldn’t get any lower, our gran would say bring back the birch.’

Vicki Fell posed: ‘Such awful people about. Why can’t they let things be? It’s such a lovely little church, big part of my childhood growing up.’

Craig Payne, meanwhile, offered to create new wrought iron brackets for the bell if it was found without them.

However, Mr Collins was not optimistic about the bell being returned.

‘I’m going to buy a lottery ticket instead,’ he joked.

The Grade II listed building fits a congregation of ten and for years was onced used as accommodation for farm turkeys. The farm yard chapel is the smallest church still in use in the country.

Police enquiries are ongoing and no arrests have been made at this stage.