Thrift store painting turns out to be an original Salvador Dali woodcarving which sells for $1,200 at auction

A painting donated to a thrift store in North Carolina and put on sale for just a few dollars turned out to be an original Salvador Dali which then sold for $1,200.

Wendy Hawkins, who volunteers twice a week at the Hotline Pink thrift store in Kitty Hawk, spotted the artwork sitting on display in a broken and dirty frame.

Despite its dilapidated condition, she felt there was something special about the work and decided to get it checked out by an expert. 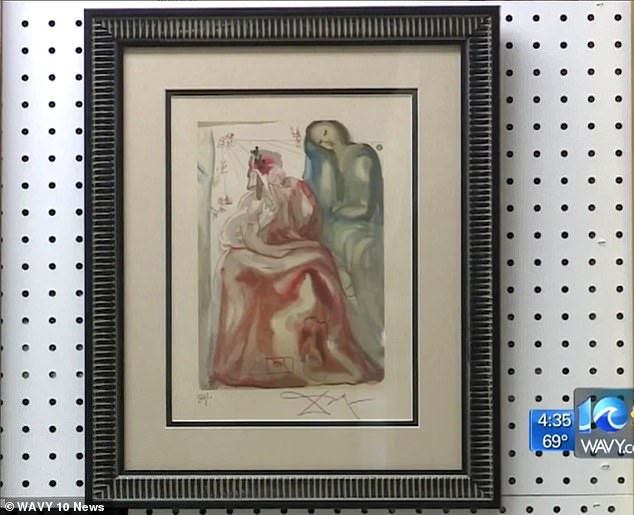 A painting handed to a thrift store in North Carolina in a battered frame turned out to be a Salvador Dali woodcarving (pictured in a new frame) which then sold for $1,200

The painting eventually turned out to be one of a series of wood carvings that Dali created between 1959 and 1963 called ‘Divine Comedy’ in honor of Italian poet Dante Alighieri.

Dali created 100 works based on the poem’s 100 verses after being given a commission by the Italian government.

Michael Lewis, director of the charity which runs the shop, told local station WAVY that he has no idea who donated the work.

He said most donations come from people renovating beach houses, but that items are often dropped off in the middle of the night.

Lewis was also unable to say how much the painting was originally listed for, but said most artworks end up selling for between $10 and $50. 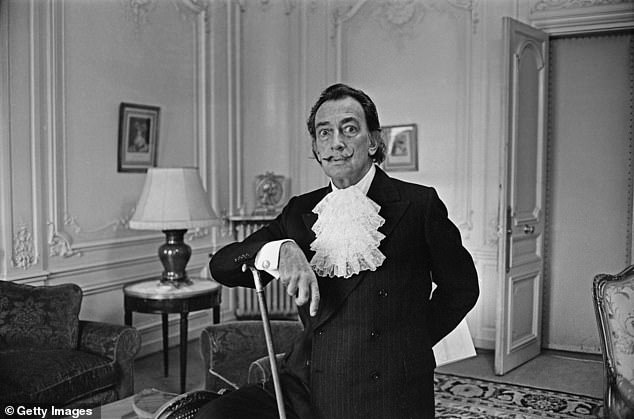 Spanish surrealist painter Salvador Dali. He was also known as a flamboyant personality – a trait that he embraced by growing a large mustache, for which he was also well-known

Dali was a Spanish surrealist painter who was most active during the 1930s and a contemporary of the likes of Picasso and Miro.

He was heavily inspired by the writings of Sigmund Freud and his paintings are often based on dream-like imagery that he claimed to envisage by placing himself in a self-induced hallucinatory state.

His most famous work – The Persistence of Memory, painted in 1931 – features melting clocks draped across a barren landscape.

He was also known as a flamboyant personality – a trait that he embraced by growing a large mustache, for which he was also well-known. 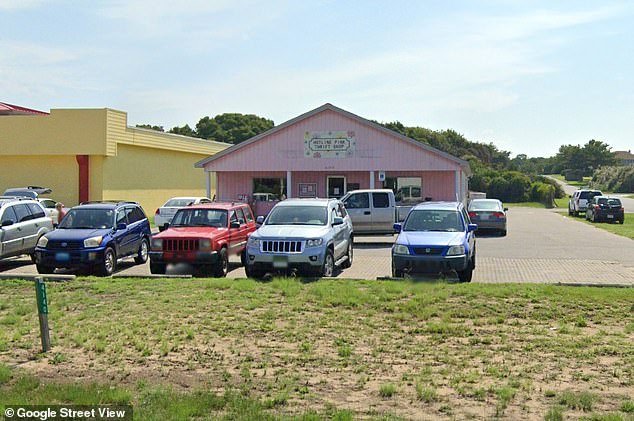 Staff at the Hotline Pink store where the painting was donated said they have no idea who donated it, and that paintings typically sell for between $10 and $50