This is the shocking moment a gunman threw a bag containing a loaded revolver into a neighbour’s garden after firearms officers surrounded his home.

Nigel Collins, 33, was jailed for five years for possession of a firearm after a dramatic arrest saw him run out the back door of his house in Winson Green, Birmingham.

Footage filmed by officers waiting at the bottom of the garden, in case he tried to flee, captured the moment he ran through his back door.

As police shouted ‘show me your hands’ a shocked Collins immediately threw an Emporio Armani bag across the fence into his neighbour’s garden. 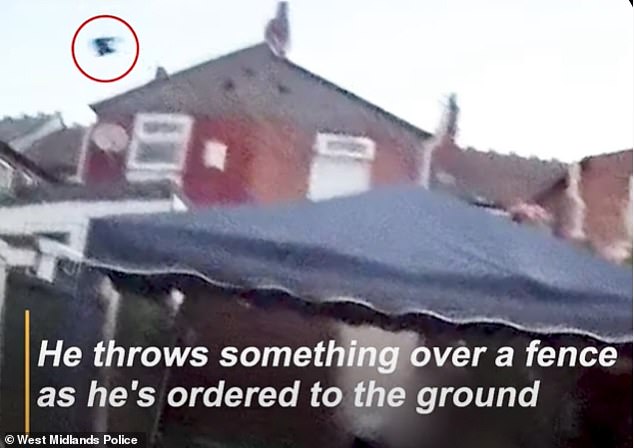 He claimed the bag contained a small amount of cannabis, but when police recovered it a short time later a silver revolver with three bullets in the chamber and a further three in a white latex glove were found. 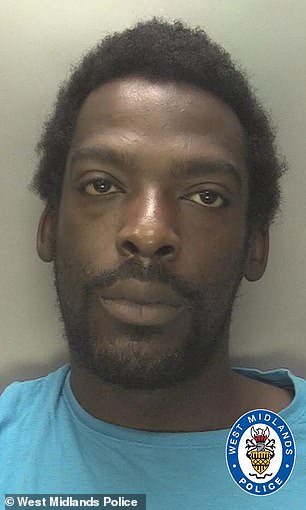 Nigel Collins, 33, ran out the back door of his home in Winson Green, Birmingham

The early morning raid was filmed on September 8 after a Regional Organised Crime Unit for the West Midlands (ROCUWM) investigation.

Police had been told Collins was in possession of firearms despite being on licence at the time following a nine-year jail sentence in 2014 for robbery,

He was arrested at the scene and went on to admit possession of the firearm and ammunition.

Collins has now been jailed for five years and four months.

‘It gave us irrefutable evidence linking him to the gun, and he sat in silence when we showed him the footage during interview.’

ROCUWM is made up of officers from forces around the entire Midland region, who target and disrupt serious and organised crime across the area.