PRESIDENT Donald Trump on Saturday bypassed Congress to sign four executive orders, including a new $400 benefit for people on unemployment after the $600 guarantee expired.

The executive orders include a payroll tax holiday, eviction protections, extending the unemployment benefit by providing an additional $400 per week and extending student loan deferments and forgiving interest until the end of 2020. 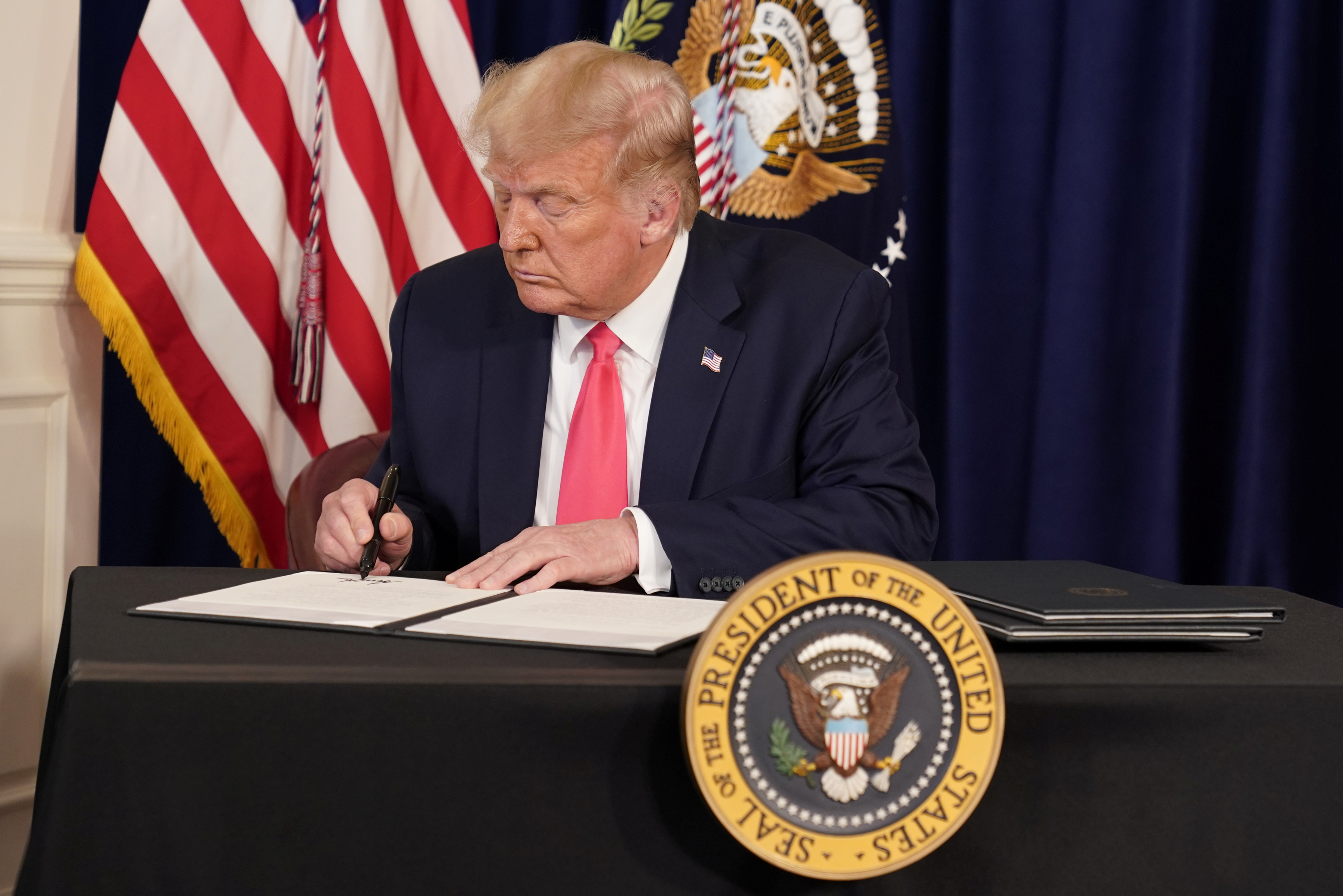 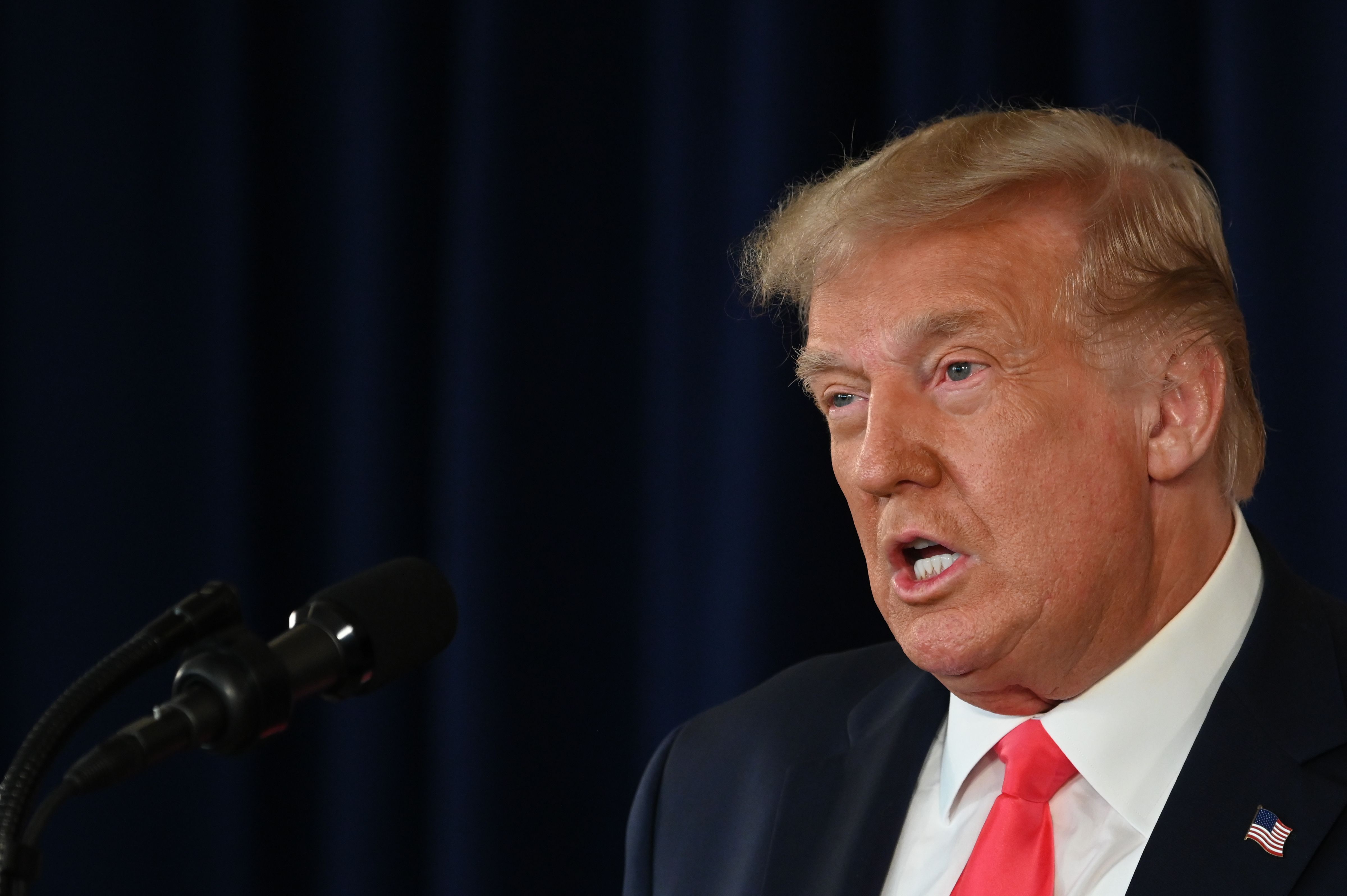 Trump called the extra $400 per week unemployment benefit "generous," even though it's coming down from $600 passed earlier this year, but added "we want to take care of our people."

He said states will handle 25 percent of the cost for the unemployment benefit, while the federal government will pay for 75 percent.

Trump's decision comes after Democrats and Republicans failed to agree on another stimulus package as much of the country continues to grapple with high COVID-19 numbers. 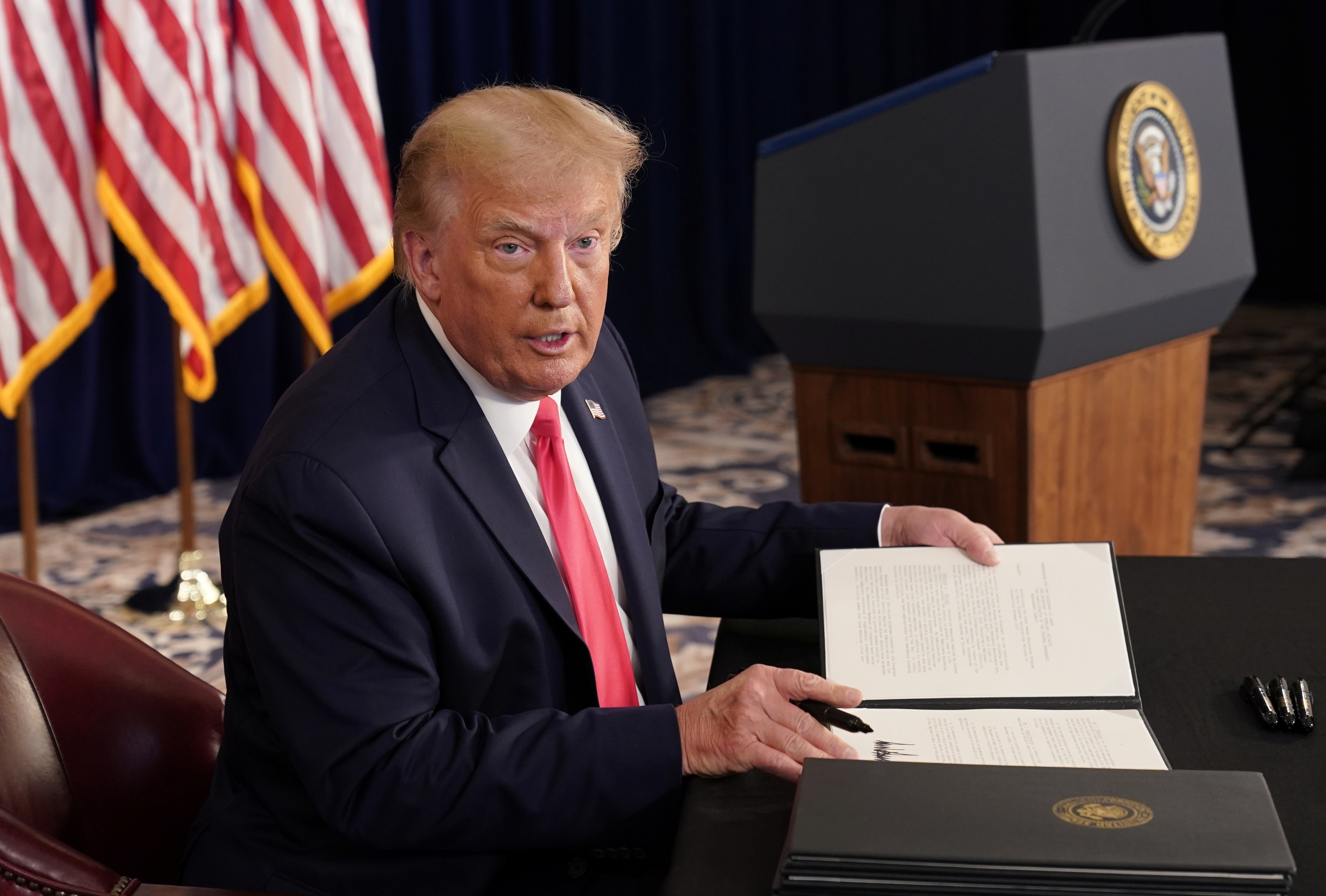 The president took to Twitter Thursday to say that he had notified his staff, "to continue working on an Executive Order with respect to Payroll Tax Cut, Eviction Protections, Unemployment Extensions, and Student Loan Repayment Options."

During his Saturday announcement, Trump claimed that Democrats wanted to include provisions in the package that had "nothing to do with" the coronavirus, including requiring states to allow mail-in voting for the November election and providing stimulus checks to undocumented immigrants.

Pelosi and Schumer met with White House Chief of Staff Mark Meadows and Treasury Secretary Steve Mnuchin on Friday, in an attempt to reach an agreement – but there were apparently some lingering issues.

Democrats and Republicans reportedly could not come to an agreement on enhanced unemployment benefits and aid to state and local governments.

In the HEROES Act, Democrats proposed extending the $600 unemployment benefit until January 2021. Republicans, in the HEALS Act, proposed a $200 benefit instead, which would later be replaced with a system to give the unemployed 70 percent of their prior income.

“Unfortunately, we did not make any progress today. We discussed the same issues,” Mnuchin told reporters after the meeting.

He predicted that Trump's executive orders would be coming over the weekend to halt evictions and provide some continued benefits to the unemployed.