PRESIDENT Donald Trump said he plans to speak to governors about his administration’s guidelines for reopening to the country — as officials warn the U.S. might not be ready yet.

Trump said Wednesday that "encouraging developments have put us in a very strong position to finalize guidelines for states on reopening the country.” 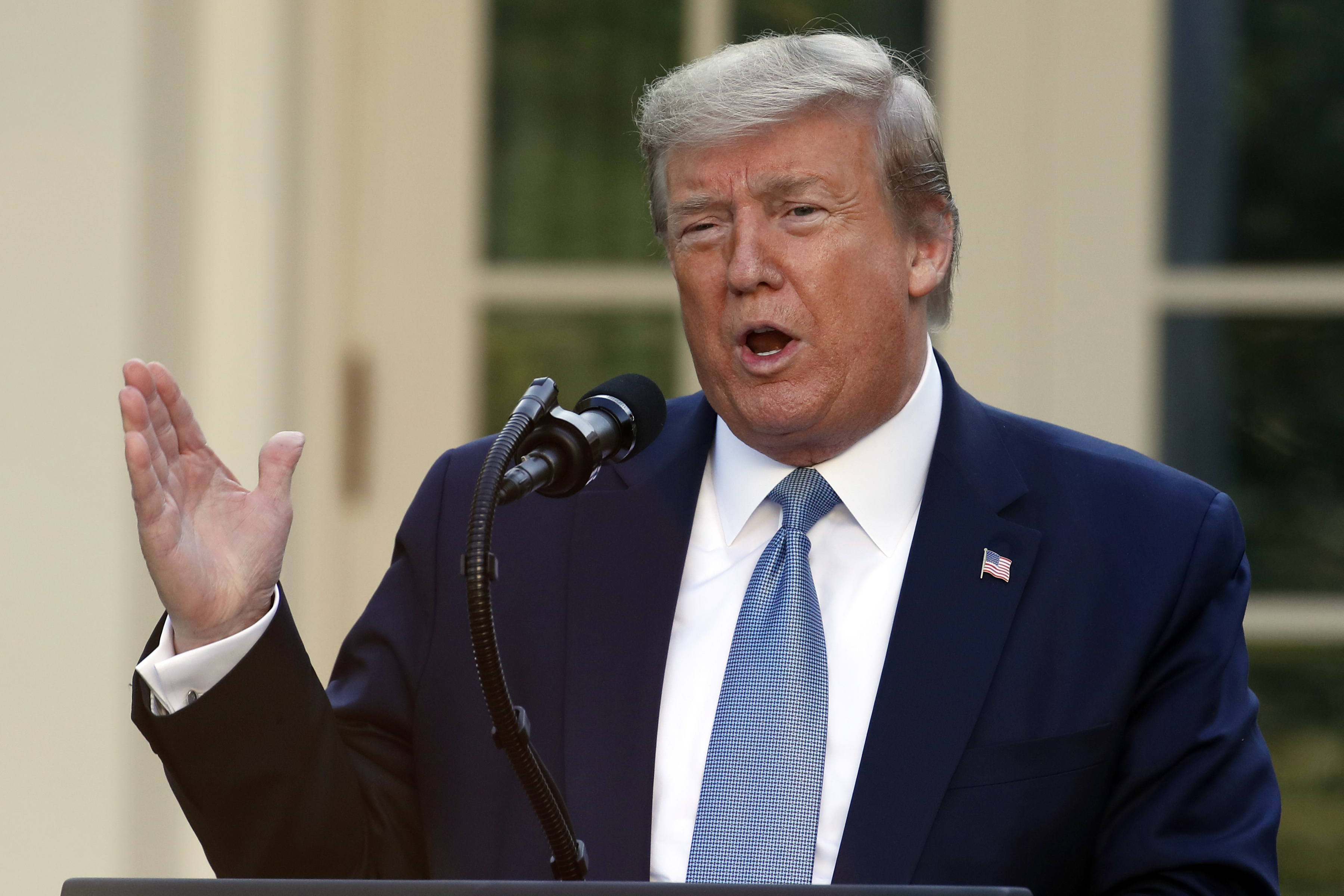 The president said that discussion would happen today.

“We will be announcing guidelines. We will be talking about various states. It’s very exciting. It’s a horrible time to see such death and destruction, especially when you come out of what was the greatest economy in the history of the world.”

“We’ll be opening up states, some sooner than others,” Trump said — before adding he thinks some states will reopen before May 1.

Trump previously claimed he had “total” authority over the states to make a decision about when and how to restart the country amid the coronavirus pandemic.

“When somebody is president of the United States, the authority is total,” Trump said at the White House on Monday. “The governors know that.”

But governors from both parties were quick to push back, and said they won’t reopen their states or regions unless they feel it’s safe.

Coalitions on both the West and East Coasts were formed this week by governors working together to try to figure out how and when to reopen their regions. 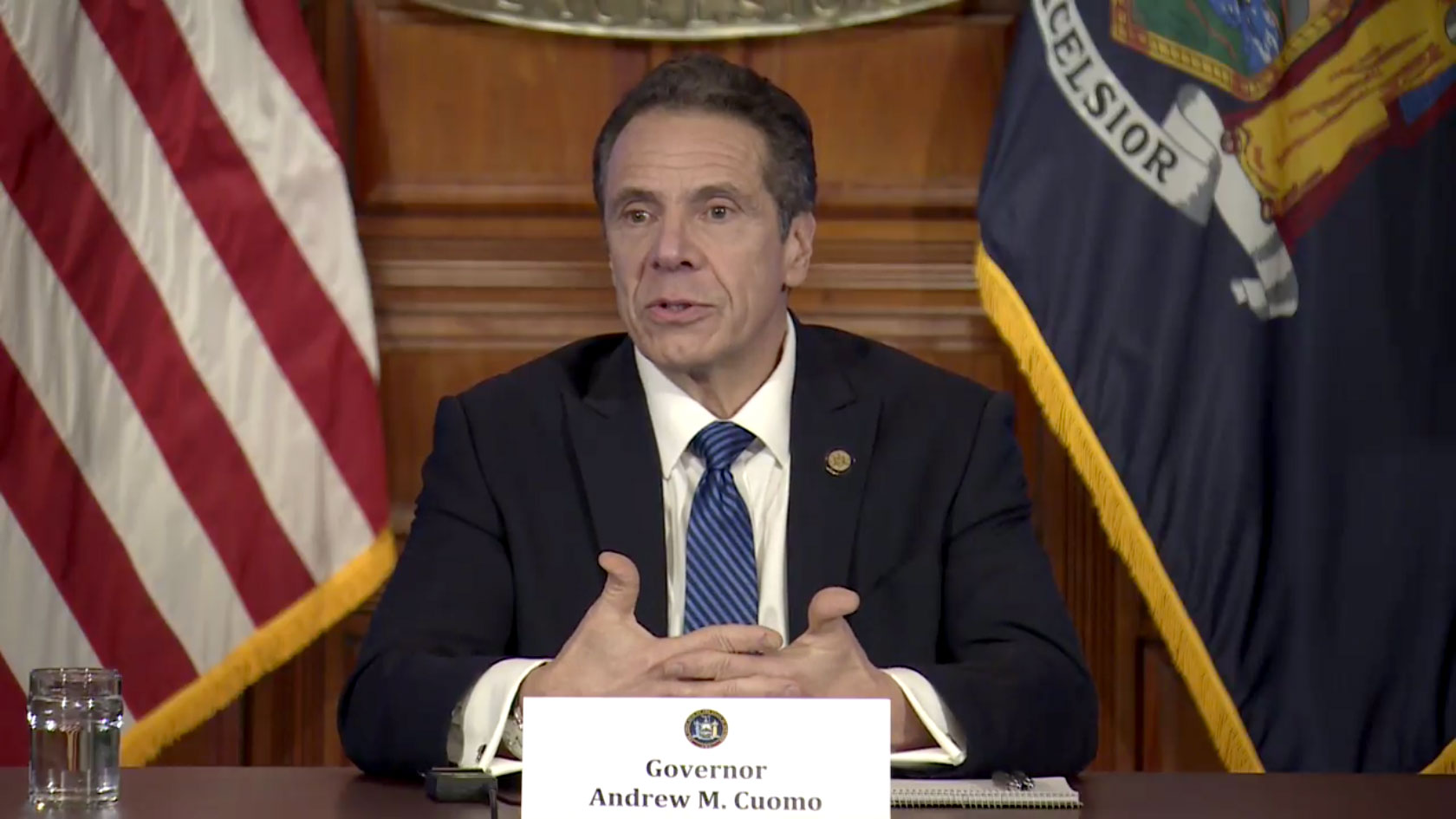 In response, Trump tweeted that he enjoyed a "good old fashioned mutiny" and compared the actions of united governors from both coasts to the film "Mutiny On The Bounty."

"A good old fashioned mutiny every now and then is an exciting and invigorating thing to watch, especially when the mutineers need so much from the Captain. Too easy!"

Cuomo made it known he has no intentions to fight, despite the president "spoiling" for one, and said any plan to re-open must be driven by data and experts, "not opinion and politics."

"I don’t believe we wind up with a fully common strategy," he said. "You have different states in different positions."

Trump later backpedaled the claim he had total control over the states, saying he would work with governors to “authorize” reopenings. 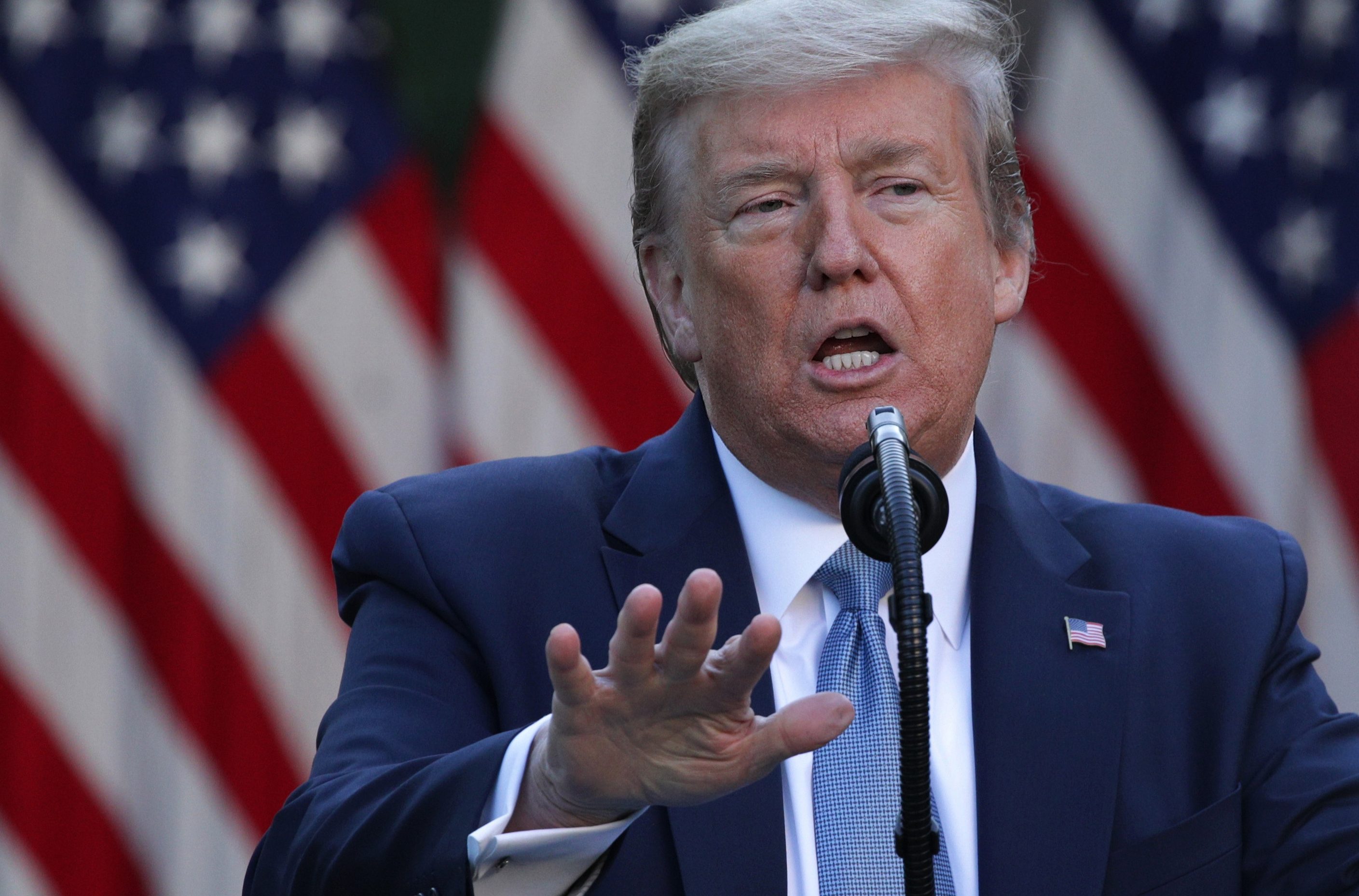 The Trump administration’s federal social distancing guidelines were extended until April 30, and on Wednesday, the president said the outbreak had peaked for the U.S.
He said he had wanted the country to “reopen” by Easter Sunday, hoping for packed churches of worshippers, but now has a goal of May 1 to end some states’ stay-at-home restrictions.

Health experts, including Dr. Anthony Fauci, say the coronavirus is still dangerous and social distancing guidelines should still be observed.

Sen. John Kennedy, R-La., told Fox News on Wednesday night that choosing whether to stay safe and healthy or reopening the country is “like choosing between cancer and a heart attack.”

But, the senator said: “We’ve got to open this economy. If we don’t, it’s going to collapse.”

He continued: “No. 2: Yes, we shut down, but the shutdown did not stop the spread of the virus. I wish it had. But it’s too late for that.”

Kennedy acknowledged that the nation will see an increase in coronavirus cases when stay-at-home orders are lifted.

"When we end the shutdown, the virus is going to spread faster," he admitted. "That’s just a fact. And the American people understand that.”

The senator said governments need to reopen the U.S. in a “smart” way which he says should include focusing on states and regions that haven’t been hit as hard by the virus.

“So when we open up — and we’re going to have to, and somebody’s got to make the call — we got [to] be smart about how we do it,” Kennedy said.

“Don’t open up in the middle of a hot spot. Encourage your elderly and those with preexisting conditions to stay quarantined and provide them financial support.”
“Wear masks. Try to socially distance. Use technology without violating privacy to try to track the hot spots and track people who have been exposed,” he said, adding: “Test as much as we can. Make sure that we got healthcare capacity."

Related posts:
April 16, 2020 World News Comments Off on Trump to reveal plans to re-open US today as senator warns decision is like choice between ‘cancer and a heart attack’ – The Sun
Celebrity News:
Are Princess Beatrices recent events a way to distance herself from her father?
Hoda Kotbs absence from Today explained by Savannah Guthrie as well-known subs step in
The Chicks Postpone Shows As Natalie Maines Placed On Vocal Rest
Kim Kardashian Mocked Over Uncomfortable Office Chairs
Gloria Hunniford rushed to hospital after terrifying fall breaks her eye socket
Recent Posts