TWO serving members of the British Army have today been charged with conspiracy to sell or transfer ammunition and firearms offences.

Kirtland Gill, 40, and Rajon Graham, 32, both of Berkshire, were charged following an investigation by the Met's Flying Squad.

They have both have been bailed to appear at Westminster Magistrates' Court on 1 July.

Gill has been charged with one count of conspiracy to sell or transfer ammunition and one count of possession of a prohibited weapon (an imitation firearm capable of discharging noxious liquid).

Graham has been charged with one count of conspiracy to sell or transfer ammunition and four counts of selling or transferring ammunition.

The pair were two of the Queen’s elite bodyguards and were arrested by the Flying Squad on suspicion of stealing ammunition.

They were detained in January following raids by firearms officers and the Royal Military Police.

It is understood Sgt Maj Gill denies any wrongdoing.

The fisherman’s son from Jamaica made headlines when he became the first black soldier to reach the rank of Regimental Sergeant Major in a promotion announced last year.

His commanding officer, Lt Col David Marsham hailed him at the time as a “tried and tested soldier with an immaculate service record”.

Sgt Maj Gill, 40, who met Queen twice in the course of his 20-year career, and the second soldier were arrested at separate addresses in Berkshire.

The arrests sent shockwaves through the regiment, whose soldiers guard the Queen at Windsor Castle and Buckingham Palace.

Sgt Maj Gill, who served in Iraq and Afghanistan, was working as the regiment’s Quartermaster Sergeant, in charge of supplies, at the time of his arrest.

He was due to take up his new role later this year. 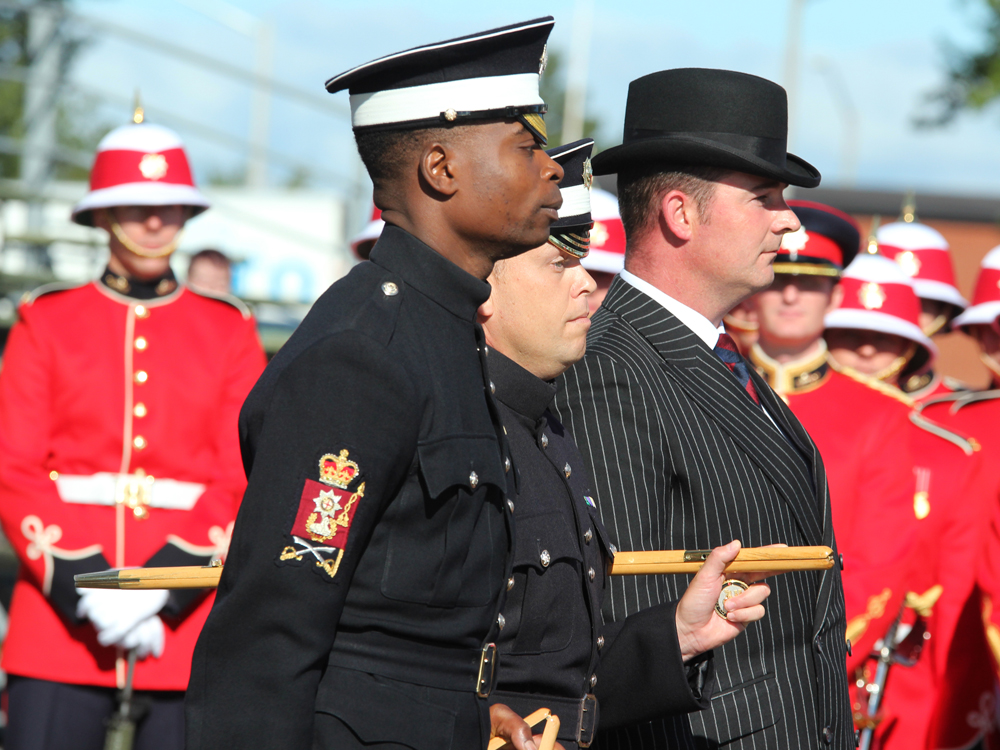