Mark Moskovics’ Nest camera caught the debris from the Boeing 777-200 striking the road just feet from a parked car — crashing down so hard that it bounced a few feet into the air before coming to a stop.

Seconds later, an even louder crash appeared to signal the landing of an object that plummeted just to the left of the doorbell camera’s view. The footage was shared with CBS Denver reporter Conor McCue.

Thankfully, the street in Broomfield, a suburb of Denver, was otherwise quiet and empty — with no injuries reported despite the falling debris making the neighborhood sound like it was in a “war zone,” according to one of Moskovics’ neighbors, Lonnie Kermoade.

“It could have been real tragic,” Kermoade told CBS Denver of the debris, some of which also fell in their yard. “Fortunately, God was looking over everyone.”

An unidentified neighbor shared photos of a huge hole in his roof where debris crashed through as he was making his family sandwiches. 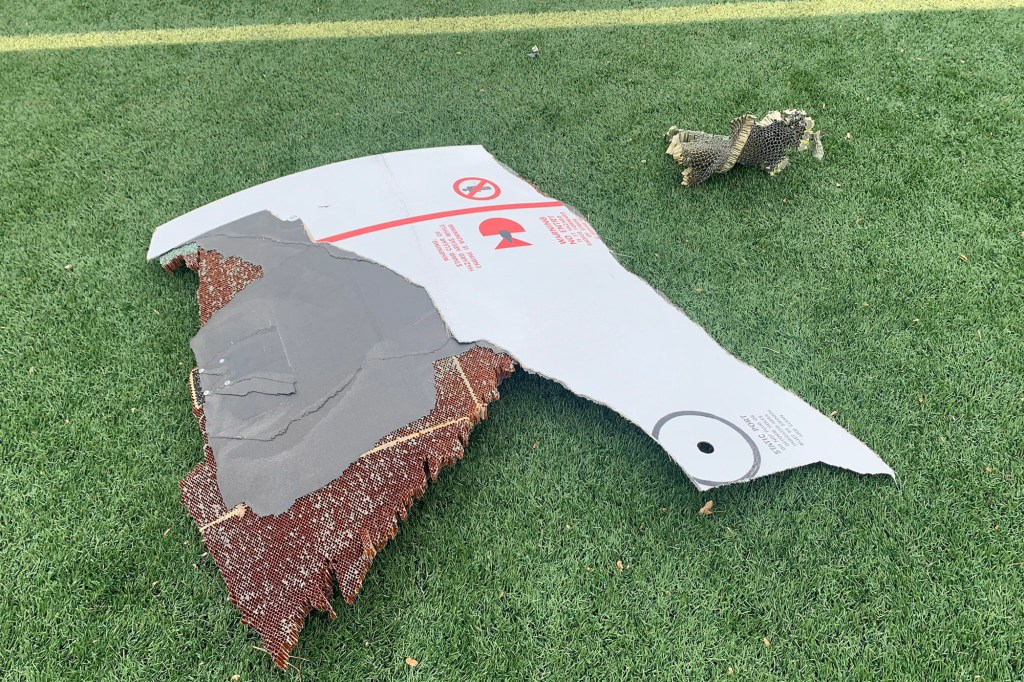 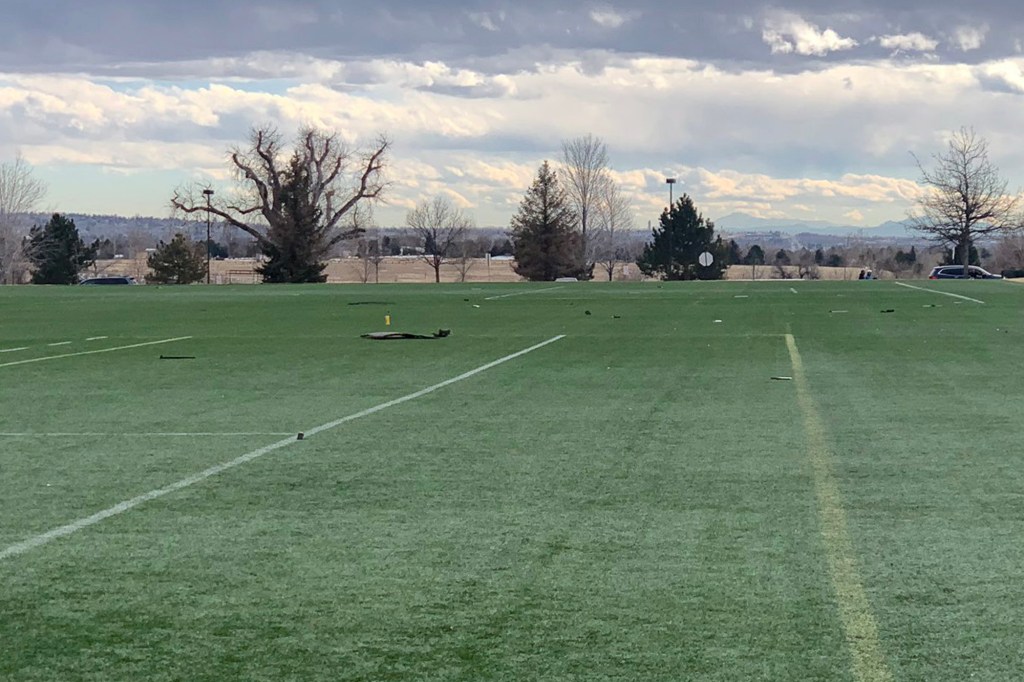