Wales confirms 22 more cases of coronavirus bringing the total number of infected to 60 after health minister warned the death toll in the country could reach 20,000

Public Health Wales has confirmed that the country has 22 more cases of coronavirus, bringing the total number of those infected to 60.

The news comes the day after the country’s health minister, Vaughan Gething, warned that up to 20,000 people in Wales could die from the pandemic.

Dr Chris Williams, incident director for the coronavirus (Covid-19) outbreak response at Public Health Wales, said: ‘We can confirm that 22 new cases have tested positive for the new coronavirus in Wales, bringing the total number of confirmed cases to 60.’

Mr Gething laid bare the scale of the challenge the Welsh NHS is facing in a press conference in which he also announced non-urgent surgical procedures and outpatient appointments would be suspended. 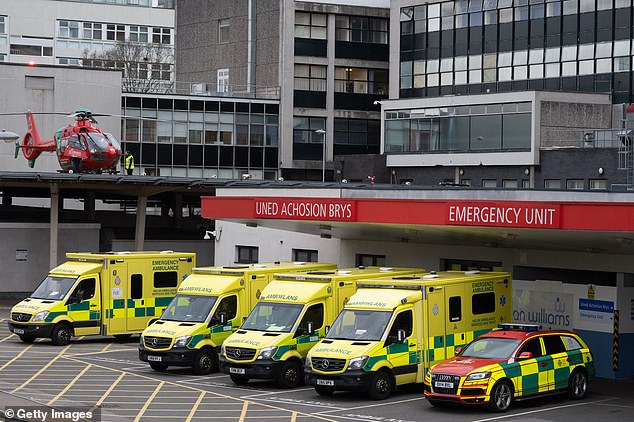 Up to 20,000 people in Wales could die amid the coronavirus outbreak in a worst-case scenario. Pictured is the University Hospital of Wales

Mr Gething gave the worst-case figures while responding to criticism about his repeated refusal to ask the Welsh Rugby Union to postpone Wales’s Guinness Six Nations clash against Scotland in Cardiff on Saturday, following the union’s own decision to do so 24 hours before kick-off.

On Thursday, he had said ‘science doesn’t tell us that it really makes a difference’ that cancelling large events could save lives.

‘That’s going to be the way the government behaves, because our priority is to save as many lives as possible. And it should not get away from the fact that is what we are talking about.

‘In an average flu season across the UK, there are 8-10,000 deaths. In the worst-case scenario, as you know in Wales, for coronavirus could be over 20,000 deaths.

‘That’s the choice we are making in how to use our resources.’

Mr Gething announced non-urgent surgical procedures and outpatient appointments would be suspended to ease pressure on the Welsh NHS and free up resources. 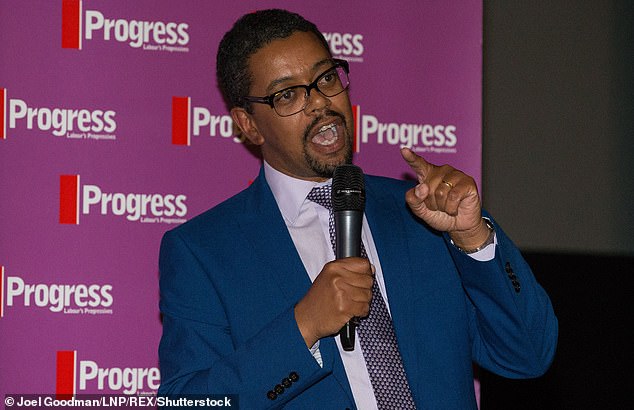 He said: ‘I’m choosing to act now before we see a significant surge in demand so that our services can be ready to act as we move towards the peak.

‘A larger number of people requiring high levels of care are highly likely over the coming weeks.’

Health and social care providers will have permission to relax targets and monitoring arrangements, he said, as well as to cancel internal and professional events, including study leave, to free up staff for preparations.

Access to cancer and other essential treatments such as renal dialysis would be maintained, he said. 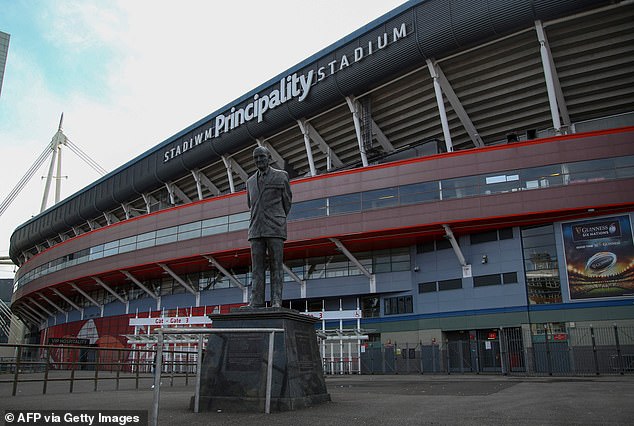 Mr Hughes said: ‘We are pleased that the minister has taken the action today following feedback from NHS chief executives and medical directors to ensure that preparations to Covid-19 are planned, co-ordinated and proportionate.’

Earlier on Friday, Public Health Wales said a further 13 people have tested positive for coronavirus in the country, bringing the total number of confirmed cases to 38.

The official number of people tested for the virus now stands at 945, while those suffering a cough or high temperature are being asked to self-isolate at home for seven days.

The new cases include four people in the Caerphilly area and two in the Swansea area.

The other seven cases are in the local authority areas of Anglesey, Cardiff, Carmarthenshire, Flintshire, Monmouthshire, Newport, and Powys.

The Welsh Government said it would extend delivery hours for supermarkets and food retailers to ensure the food industry is able to respond to increased demand by shoppers during the outbreak.

Ms James said: ‘Given the exceptional challenges facing Wales and the United Kingdom as a whole from Covid-19, it is vital deliveries of food, sanitary and other essential products over the coming weeks can be made as quickly and safely as possible, minimising disruption to the supply chains on which communities depend.

‘We are working closely with the UK Government and food industry representatives to ensure supermarkets and other food retailers are able to respond to the outbreak as best as they can.’