There are renewed calls to ban a type of animal trap after it emerged a wildlife hunter is allowed to snare foxes, kill them and sell their fur for profit, without prosecution, thanks to a loophole.

Fur farming has been illegal in the UK since 2000 but David Sneade, from rural Wales, is still able to make money by legally trapping the mammals and clubbing them to death before flogging the pelts to dealers in the US and Sweden.

The foxes are snared and bludgeoned, rather than being shot, so the fur is not covered in blood and bullet wounds, and therefore more attractive to prospective buyers.

However, witnesses to Mr Sneade’s work have been left traumatised by what they’ve seen, according to The Independent. 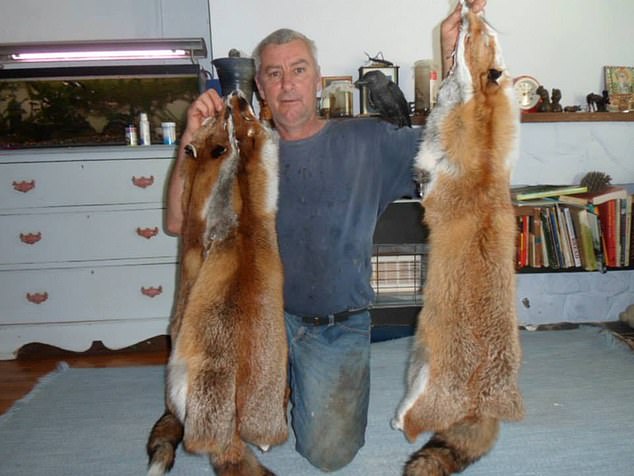 David Sneade, pictured, has come under fire for the way he traps and kills foxes, with animal activists calling for snares to be banned

One said: ‘I saw a snared fox being dragged out of a hedge, and on another occasion a freshly skinned fox carcass disregarded beneath a hedge on the roadside.

‘I feel like I was feeling all the pain and suffering these beautiful wild animals went through.

‘I still can’t get the horrific images out of my head. It’s been very difficult knowing this cruelty would continue again and again.’ 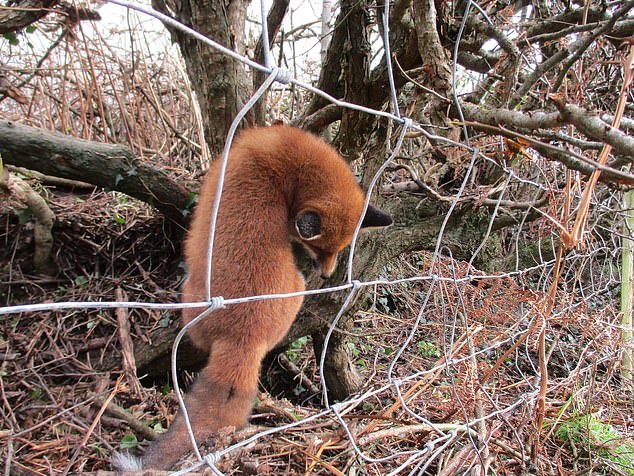 Snares, pictured, are legal to use to trap foxes in the UK as long as the traps are not designed to kill the animals they target

Mr Sneade, who kills around 300 foxes a year, claims what he does isn’t as cruel as what could be in store for animals in the wild and has previously showcased his work openly through photos on social media.

He has since made his Facebook page private, though, after news of his activities was made public.

It is legal to set snares in the UK as long as the traps are not designed to kill the animals they target.

Mr Sneade admits setting the traps along country lanes and hedgerows, before using a wooden bat to stun the foxes, but insists he always does so with the permission of landowners. 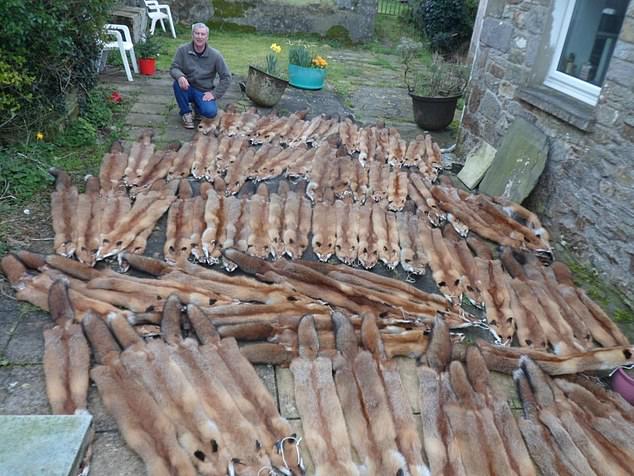 The 60-year-old, pictured, traps and kills around 300 foxes a year and makes money selling the fur through a legal loophole

He claims he does so to spare the animals from mange and disease, while also protecting other vulnerable species, before leaving the carcasses for birds to feed on.

Is it legal to kill foxes in the UK?

Cage traps and snares – thin wire nooses used to catch animals viewed as a pest or threat – can be legally used to catch foxes in the UK.

However, anyone setting them must only use free-running snares, which relax when the animal is captured, and check on them at least once a day to ensure they’re not suffering.

Foxes, grey squirrels and mink which are caught in the trap must be humanely killed but all other animals must be released unharmed.

Free foxes can also be shot using a suitable firearm and ammunition, but not in urban areas for reasons of public safety.

According to the Welsh government, it is an offence to cause unnecessary suffering to an animal under someone’s control, including while held in snares.

Mr Sneade was reported to the RSPCA last year and interviewed but has always denied what he does is inhumane.

However, the Hunt Investigation Team (HIT), which revealed the hunter’s trade, argues the practice is unregulated and has called for snares to be banned, as they are in a number of other countries across Europe.

Its executive director, Claire Bass, said: ‘Politicians acted with compassion almost 20 years ago when the government banned fur farming in this country, so the public will be shocked to discover that animals are still suffering and dying for the cruel trade here in the UK, and in a national park where they should be protected.

‘The legal loophole that allows foxes to be snared and killed for fur needs to be closed. The UK banned fur farming because it is morally unjustifiable to subject animals to appalling suffering in the name of frivolous fashion and vanity.’

A spokeswoman for the RSPCA, which has prosecuting powers, said the charity couldn’t comment on specific people but insisted it will always look into animal welfare complaints.