DETECTIVES have launched a murder investigation after an 89-year-old woman was found dead at a home in south east London.

The pensioner's body was found at the property on a quiet residential street in Bexleyheath yesterday afternoon. 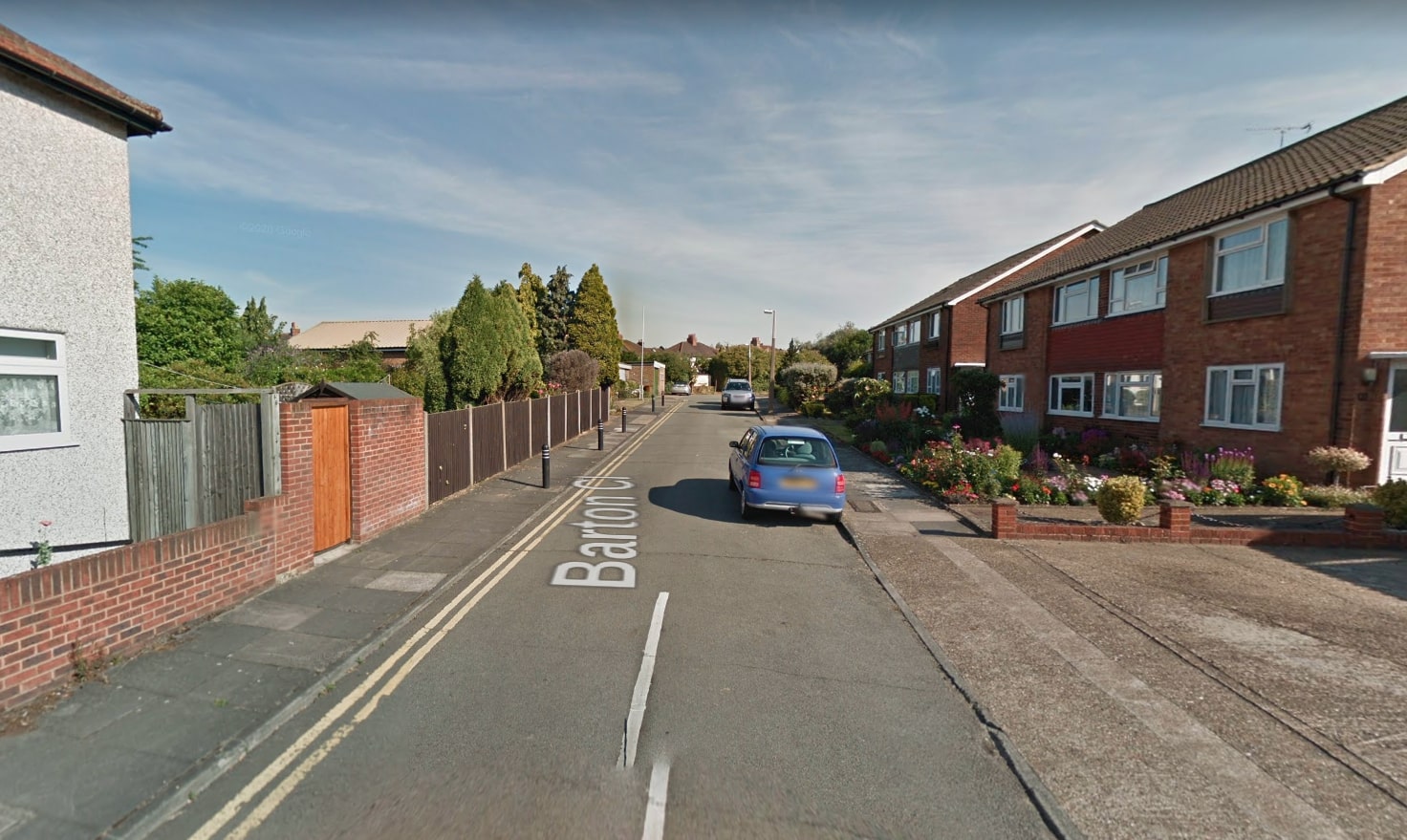 Police were called to Barton Close around 3.10pm after concerns were raised for a woman's welfare.

The Met said a 57-year-old man, who was known to the victim, was arrested on suspicion of murder.

He was taken to hospital as a precaution after suffering self-inflicted injuries.

A postmortem is due to take place.

A police spokesman said: "Police were called at 15:10hrs on Saturday, 5 June to concerns for the welfare of a woman at a residential property in Barton Close, Bexleyheath.

"Officers attended along with London Ambulance Service. "An 89-year-old woman was pronounced dead at the scene.

"Her next of kin has been informed.

"A post-mortem examination will be scheduled in due course.

"A 57-year-old man was arrested at the scene on suspicion of murder. He was taken to hospital as a precaution for treatment to self-inflicted injuries.

"The suspect and deceased are believed to be known to each other."

Detectives from the Met's Specialist Crime Command have been informed and a crime scene remains in place.