Home office bosses who left a pregnant horse riding instructor facing the possibility of giving birth on her own have backed down in a deportation row with her Australian boyfriend.

Sophie Seymour, 27, who is due to give birth next month was left in tears after officials ruled her partner James Sheppard, 44, had unknowingly broken rules allowing him to stay when he left the country for a work trip.

Horse dentist James, who has lived in Britain for more than 12 years and pays UK taxes, had made an indefinite leave to remain request in June and paid a £6,000 fee and passed his ‘Life in the UK’ exam.

But after Home Office chiefs discovered he had left the country in the summer for a work trip to Germany they pulled his application and ordered him to make a new request or face deportation.

Sophie, who runs a horse training firm in Wantage, Oxfordshire, posted their dilemma on Facebook and the post quickly went viral with thousands sharing her desperate story. 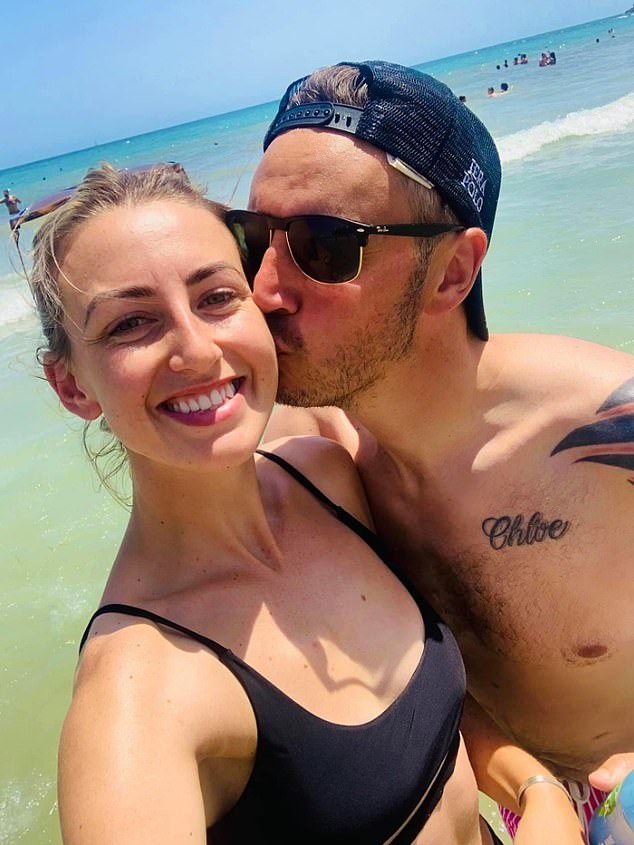 Sophie Seymour, 27, was facing giving birth by herself next month after Home Office officials ruled her partner James Sheppard, 44, had broken rules allowing him to stay here 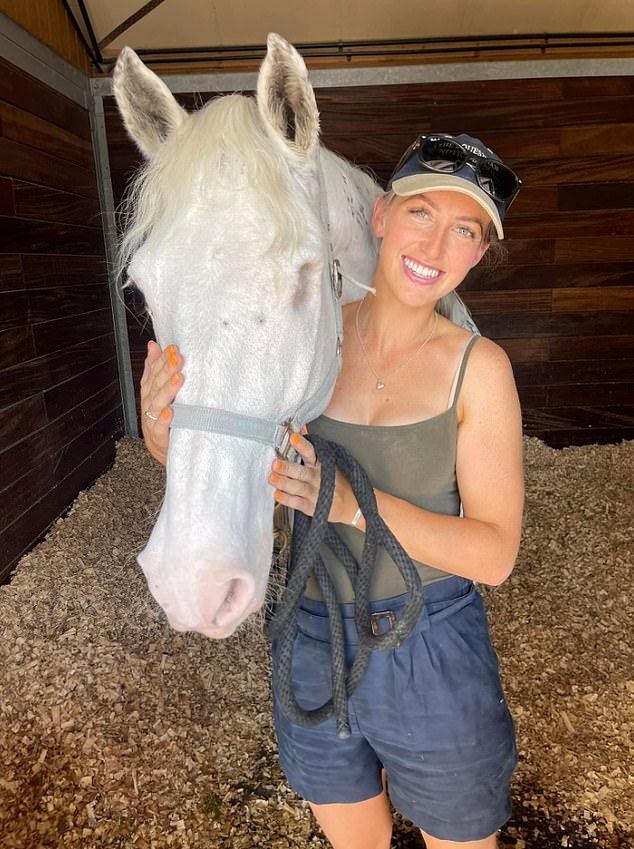 Speaking before the Home Office’s last minute U turn she told MailOnline in tears:’ I don’t understand how these people can be so heartless. They are just refusing to listen to reason and I’m eight months pregnant.

‘The application to remain was made in June and we paid £6,000 for it in good faith and took advice from solicitors with how to get the process right and James even took his life in the UK exam and passed it.

‘We were looking forward to the birth of the baby when all of a sudden last week the Home Office got in touch and said that because James had left the country for a business trip the application was null and void.

‘They said he would have to reapply, pay another £6,000 which we just don’t have lying around or he would be deported at the end of the week.

‘I tried to explain that IU was pregnant and would really like the father of my child to be present at the birth but they just wouldn’t listen. They were so heartless and uncaring.

‘He works really hard and the money he earns on his business trips abroad he pays UK tax on as he has done ever since he arrived and started working here 12 years ago. 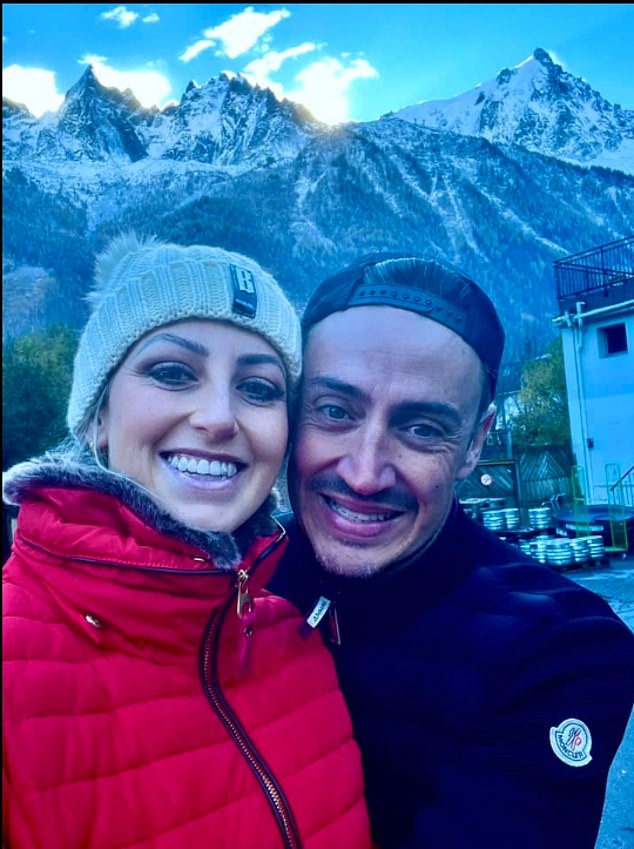 Horse dentist James, who has lived in Britain for more than 12 years and pays UK taxes, had made an indefinite leave to remain request in June and paid a £6,000 fee and passed his ‘Life in the UK’ exam 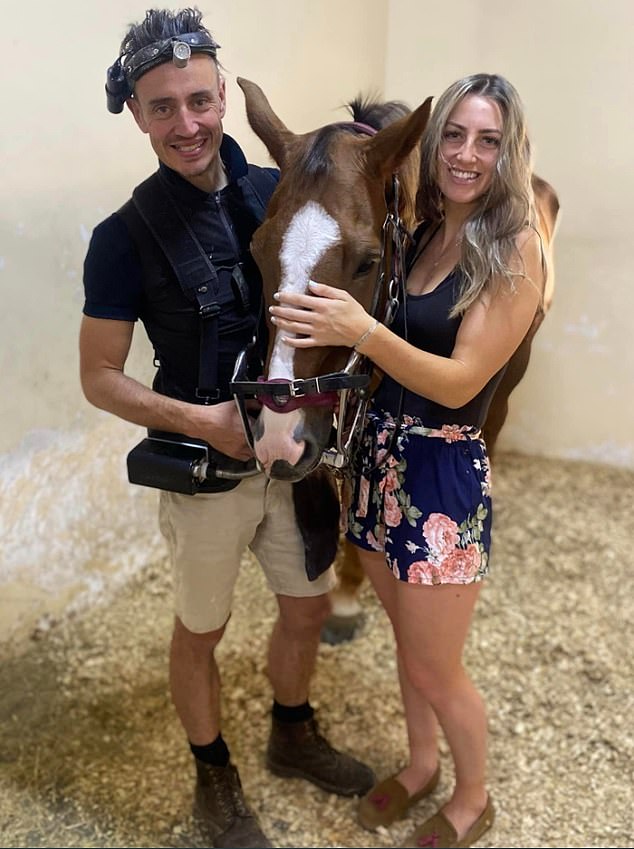 ‘He has contributed positively to this country and is not free loading from anyone, he is working hard to look after me and his unborn child and this is how we are treated.

‘As part of the application he had to hand in his passport and when we got it back he wasn’t told he couldn’t leave the country, so he carried on working and went on the trip to Germany.

‘His solicitor also didn’t say he couldn’t leave the country so he had no idea that by doing so he was jeopardising his application but I just can’t believe the Home Office were so willing to let me have my child on my own and deport him.’

Sophie added: ‘When I put my story on Facebook I had no idea of the huge amount of interest it would generate my inbox has been flooded with messages of support and it shows how caring people are.’

After news of the Home Office change of tact Sophie said: ‘I’m so happy, I am crying tears of joy. The fact the Home Office wanted to deport James and leave me facing the birth of my child was an atrocity. They just didn’t care.

‘But now they have said given the circumstances we find ourselves in they are willing to reinstate his application and will let us know by next week.

‘I’m pretty certain the U turn wasn’t down to the circumstances but because of the huge amount of publicity my post got on social media but I do feel sorry for others whose voice hasn’t been heard and my heat breaks for them.

‘The immigration system needs to change and hopefully our story will help.’

A Home Office spokesperson told MailOnline: ‘Immigration rules clearly state once an application for leave to remain is summited, applicants cannot travel outside the common travel area until a decision is reached otherwise it will be deemed withdrawn.

‘We will be in touch with Mr Sheppard and are considering his application.’